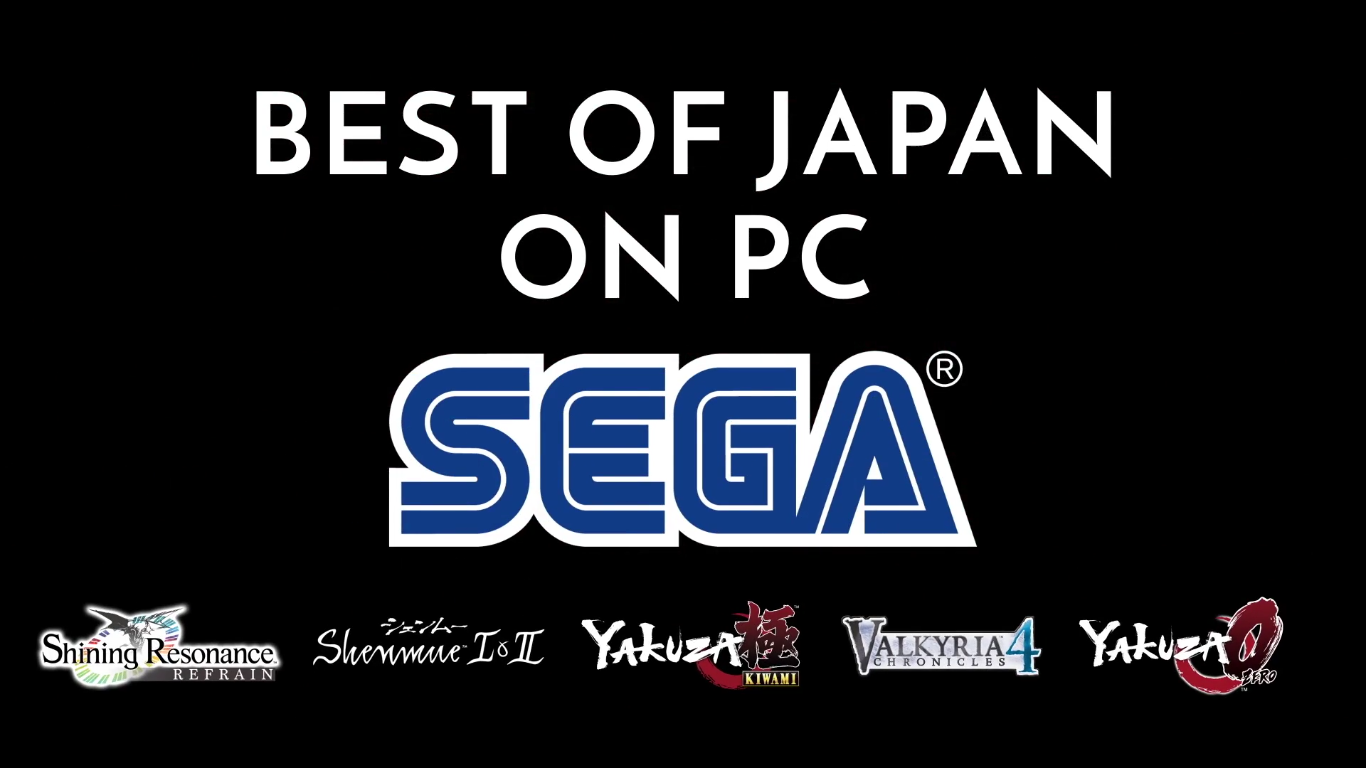 Sega announced plans to release Valkyria Chronicles 4, Yakuza Kiwami, and Yakuza 0 for the PC at the E3 PC Gaming Show this morning.

Tactical RPG Valkyria Chronicles 4 was originally slated for a console-only release (Switch, PlayStation 4, Xbox One) in October. The decision to add PC to that list suggests that previous sales and interest had been substantial enough for Sega to take notice, and that really is the case. In 2014, Valkyria Chronicles for PC — a port of the 2008 PS3 game — topped Steam charts during the year-end holiday season, prompting Sega Europe to call it a “phenomenal success.”

While Valkyria Chronicles 4 doesn’t follow the adventures of Team 7, players do get more of the squad-based tactics the series is reputed for. Notable changes include the new Grenadier class, new unit progression, a death mechanic, and a cruiser that provides radar and fire support.

On the other hand, the Yakuza games are making their long-overdue PC debut. Although there’s already a third English release, Yakuza 6: The Song of Life, keeping the initial wave to just the first two chronological games does make better operational sense. The franchise has been steadily gathering steam since those remasters released, and seeing them enter the PC market paints some exciting possibilities for its future.

The Yakuza series are open action-adventure games focused on Kazuma Kiryu, who is pretty much the personification of yakuza ideals. It’s easy to lump assumptions on the game with just a glance or two, but the series has always been special for its mix of crime and family drama, the seriousness broken by humorous quips, side quests, and an entertaining melee combat system. It’s also a great example of in-game towns and cities that are relatively open but brimming with activity.

SEGA Europe (via Destructoid) has confirmed that Yakuza 0 will be “playable at up to 40K 60fps” on PCs, with an option for uncapped framerates.

Only Yakuza 0 has a PC launch date so far, scheduled for 1 August.

Ade thinks there's nothing quite like a good game and a snug headcrab. He grew up with HIDEO KOJIMA's Metal Gear Solid, lives for RPGs, and is waiting for light guns to make their comeback.
Previous post E3 2018: Meet two more characters in new Death Stranding trailer
Next post E3 2018: Control is the next game by the makers of Quantum Break