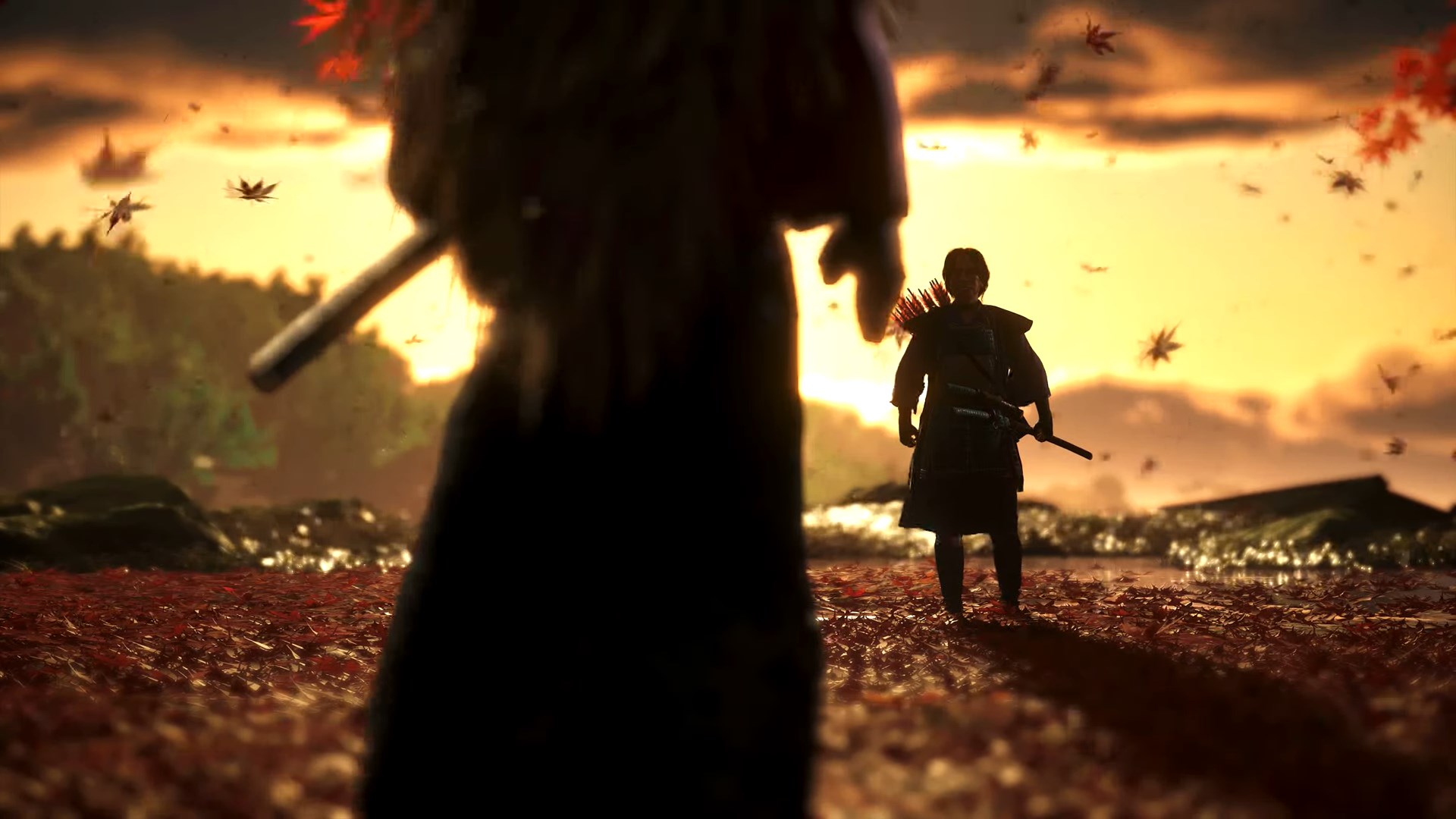 Sony has released a lengthy gameplay video for PlayStation 4 exclusive Ghost of Tsushima.

For those not in the know, the open-world action game takes place on the Japanese island of Tsushima as it’s besieged by Mongolian forces. Unsurprisingly, Ghost of Tsushima protagonist Jin intends to free his home from the invaders.

Our first glimpse of combat shows our samurai patiently waiting for the enemy to make a move, before swiftly dealing a fatal strike. Off to a cool start. The rest of the fights take a few seconds longer, but the blocks, evasions, and parries are all beautifully animated, so are the killing blows.

With the foes dispatched, Jin soon meets up with a female archer who was just as competent at dealing death. They team up for a moment to save a trapped monk, Jin ambushing the captors from above with a slick combo kill, confirming that stealth is a possible approach.

Unfortunately, he soon comes to blows with his once-companion when they disagree over the fate of the monk. Their scenic duel, silhouetted against the setting sun (hello HDR showcase), ultimately ends in Jin’s favor, but the duo are soon interrupted by another group of Mongol soldiers.

At this point, we do not know whether the lady is an NPC or a possible drop-in/drop-out medium for a co-op session. Here’s hoping for the latter.

The scenery in Ghost of Tsushima is downright beautiful, with pockets of fire lighting up the area and leaves gently falling to the ground. Then there’s the sunset mentioned above. Even without the combat the game looks to be a stunner.

Without a release date, it looks like we’ll just have to patiently wait for more Ghost of Tsushima footage. 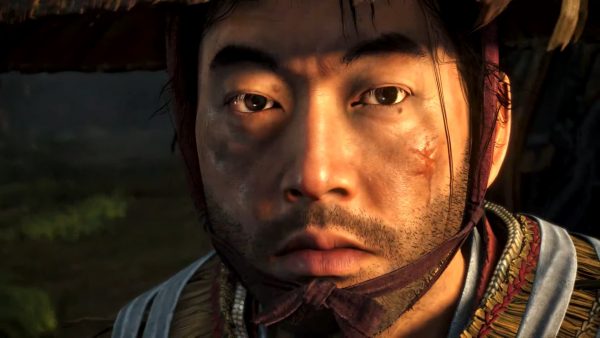 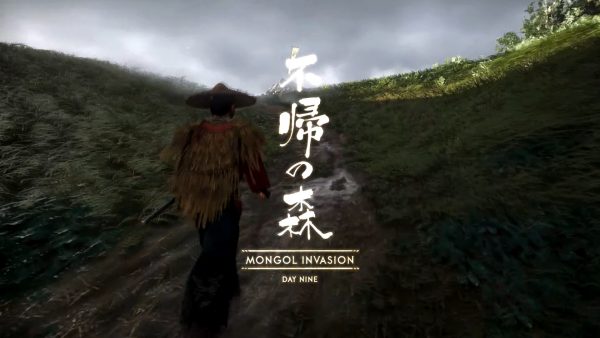 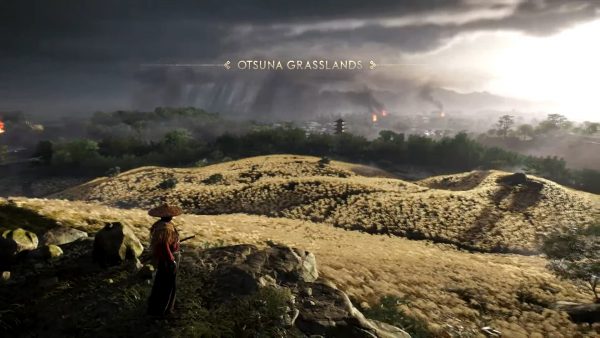 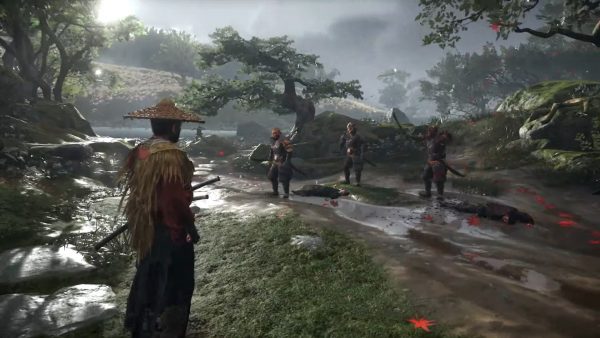 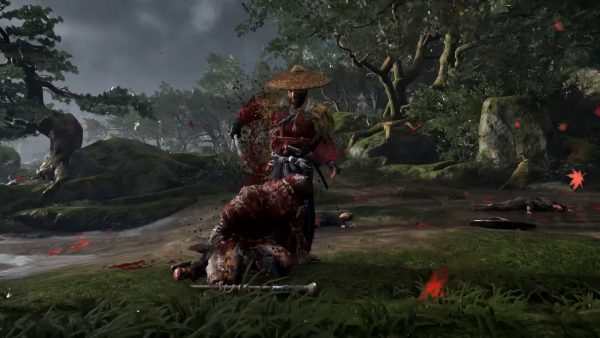 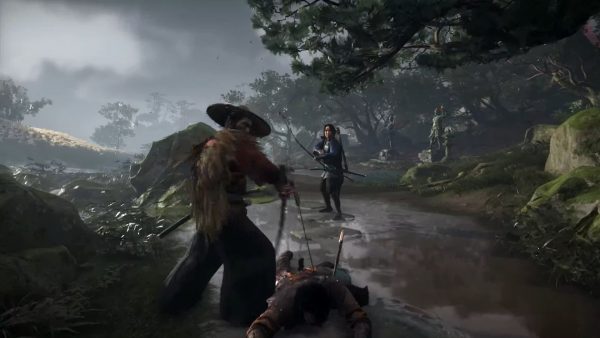 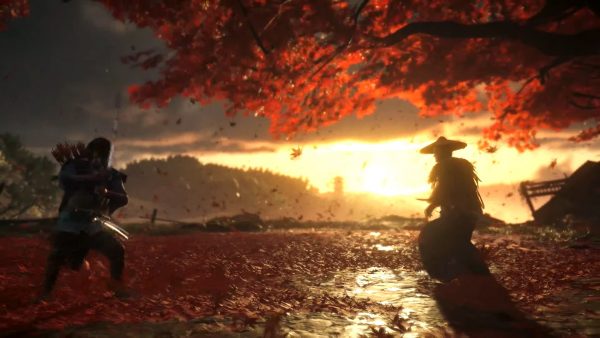 Ghost of Tsushima will ship with both English and Japanese voice-overs, a fact that will no doubt please those who found the E3 gameplay trailer jarring. The confirmation comes from Sony Worldwide Studios’ president Shuhei Yoshida, embedding his tweet with the relevant video.

Japanese language version of Ghost of Tsushima E3 Trailer. You’ll have an option to play the game with Japanese dialogue in the final game. #GhostOfTsushima https://t.co/mR92CjZqf9

Sucker Punch also held closed-door presentations at E3. Speaking to Destructoid, creative director Nate Fox said the studio aims to capture “the sublime beauty of nature,” which explains the UI-free approach they used for the trailer.

Ghost of Tsushima will be a “grounded game” drawn from real events – Kublai Khan’s 1274 invasion of Japan – and won’t have any supernatural elements. That said, Sucker Punch are crafting their own, original story within the setting.

Fox then explained why, as a samurai, our protagonist Jin Sakai was seen slinking around rooftops and throwing grappling hooks. “[Since] the invasion he’s been radically outnumbered and he’s been forced to evolve the way that he fights back. Including going into things like stealth.” Cue the title.

He also shared other tidbits about the game, confirming there will be character progression, a photo mode, and that it’ll be “an anthology of stories where you get to know characters all trying to survive inside of the Mongol invasion.” 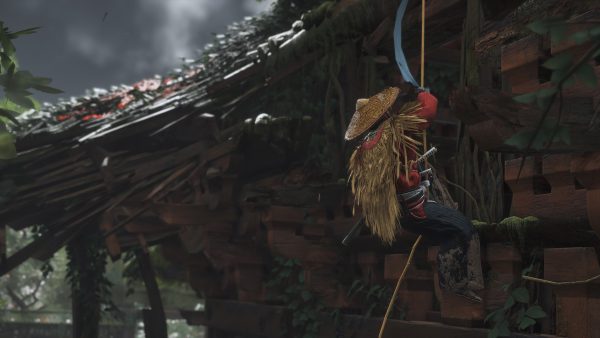 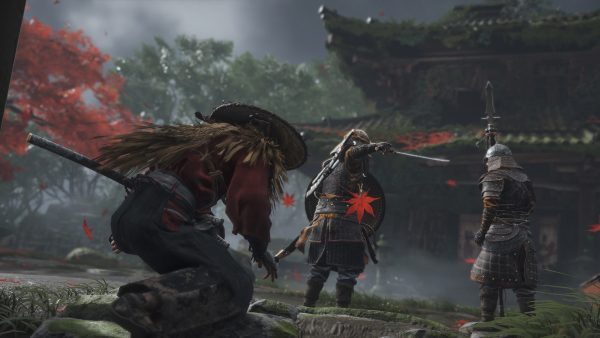 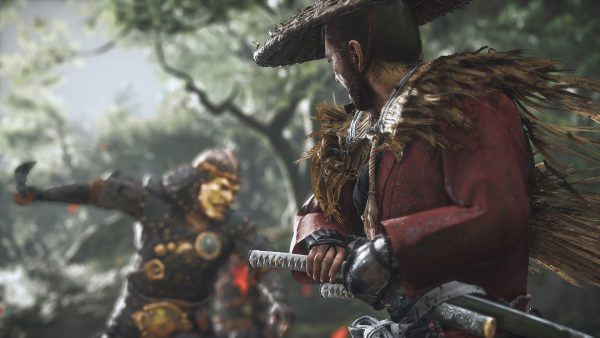