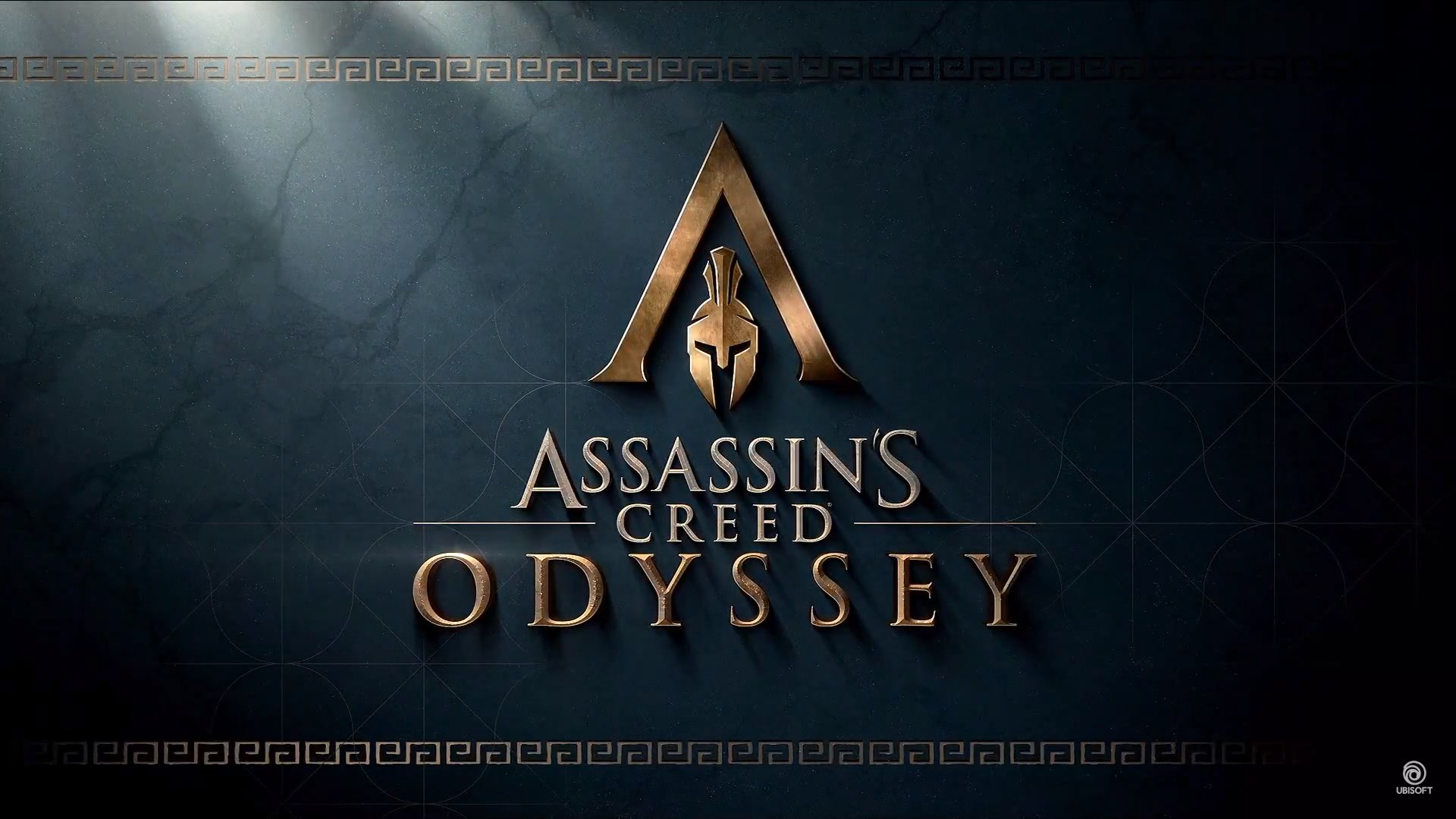 For some background history, the Peloponnesian War took place from 431–404 BC between two major Greek powers. The Delian League was led by Athens, while the Peloponnesian League had Sparta. Even if you don’t know your ancient Greece, pop culture should have you guessing that the latter won (and they did).

Building upon its ancient Egypt predecessor, Assassin’s Creed Odyssey features more prominent role-playing elements. Branching story paths, fully voiced dialogue and multiple endings are introduced to the series for the first time. As if to take things all the way, Ubisoft are also adding NPC romance options, with no gender restrictions.

Players will be given a choice of playing one out of two characters. Although both Alexios and Kassandra start on an equal footing in terms of abilities, there are slight variations in the story between them, unlike Syndicate‘s approach with the Frye twins.  The narrative hinges on player choices, but there are no good or bad consequences.

The game’s combat, equipment system, and huge open world are apparently refined from the team’s experience making Origins. Since this is ancient Greece, naval combat is also making a return. There were no cannons or black powder at the time, so players will have tactics based around ramming and flaming arrows. The ancient Aegean Sea will be the patrol grounds, navigated in a trireme warship. These ships are customizable, and allies or even enemies can be recruited to bolster the crew with perks and abilities.

In what may be a shocker to some, Odyssey‘s characters don’t have the the famous hood and hidden blade. Or maybe they just haven’t found some.

Assassin’s Creed Odyssey launches on 5 October 2018 for PC, PlayStation 4, and Xbox One. 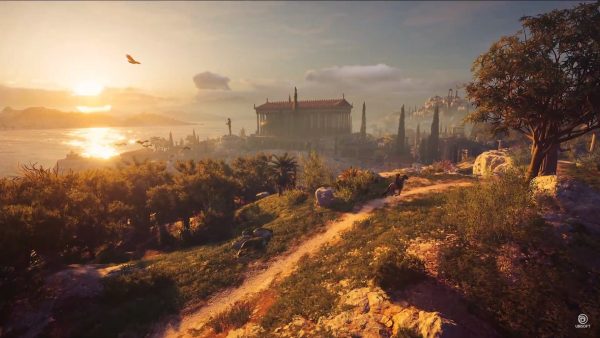 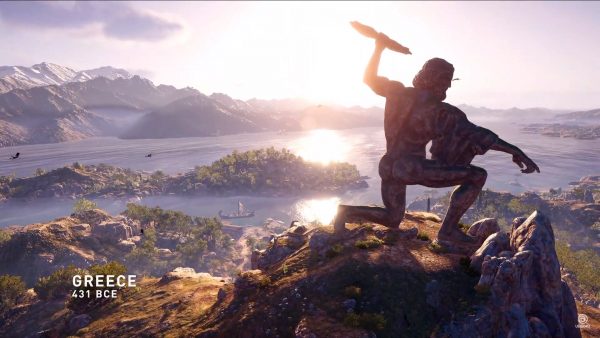 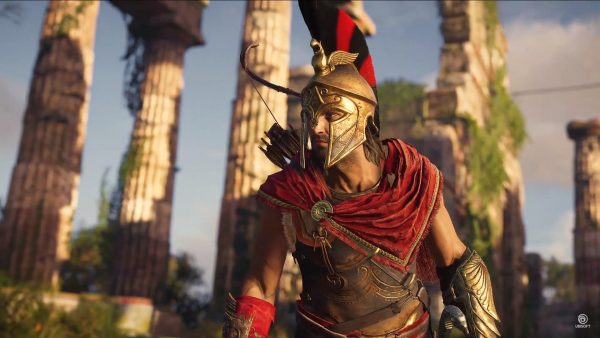 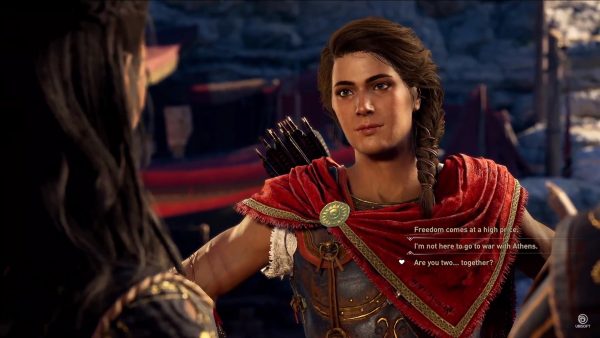 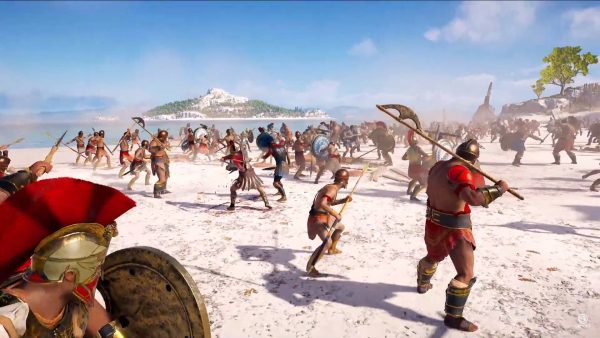 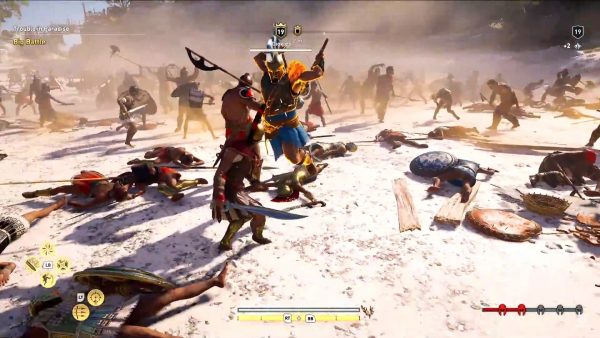 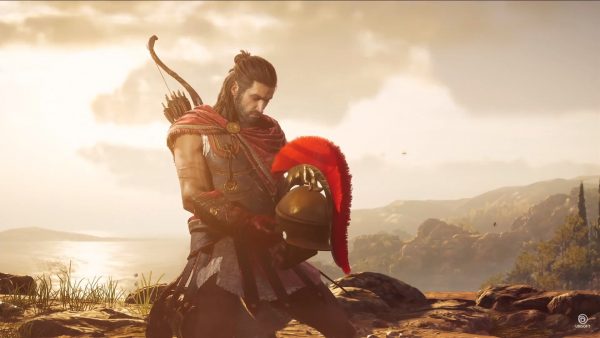 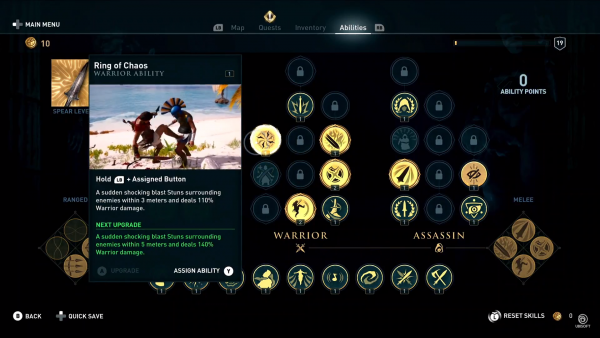 Assassin’s Creed Odyssey will no longer interrupt your random moments of mischief, instead adopting the wanted system from Grand Theft Auto.

The official UbiBlog explains how the player character is a descendant of King Leonidas, wielding the broken Spear of Leonidas — a First Civilization artifact— as both a dagger and makeshift hidden blade. Accompanying them is the eagle Ikaros, providing aerial scouting and enemy tagging.

Descendant or not you’re still just a mercenary, and falling afoul of the Athenian or Spartan populace will see a bounty placed on your head. They’ll send mercenaries and patrols after you, though they’re not threats to brush off. They can match or exceed your abilities, may have predatory animals of their own, and aren’t going to wait for a convenient time to show up.

Paying off fines or laying low aren’t your only courses of action, either.

“When you do bad things in the world, stealing or killing other people, you’re going to be found, a bounty is going to be put on you, and these mercenaries are going to come and hunt you down,” shared director Scott Phillips. “Now, the good thing about that is that they have some of the best gear in the game, and so they’re bringing that gear to you, if you can defeat them.”

Alternatively, work off your dues by taking on mercenary work, or go after the NPC who issued the bounty in the first place. Kill them? Sure, but you could also knock them out or, better still, recruit them as a lieutenant aboard your ship.

This shift to a wanted system is a first for the 11-year-old franchise, as previous games simply ended the Animus simulation for falling out of sync with your ancestors — all part of the modern-day subplot. We’ll probably have to wait till launch to find out why this no longer happens, but the system is there to play off the new faction mechanics.

Elsewhere, Ubisoft Southeast Asia has announced the excessively many editions available in the region, as well as looks at some of the new collectibles for Assassin’s Creed Odyssey.

The Spartan Edition includes the game and SteelBook with digital goods in the form a season pass, the digital deluxe pack, and an additional mission called The Blind King. Physical bonuses are the ‘Spartan Leap’ figurine, a 64-page artbook, a lithograph, a map, and a selected soundtrack.

The Pantheon Edition adds a second figurine to form ‘The Nemesis’ diorama, providing a target for the Spartan’s spear.

Finally, there’s the Medusa Edition which counts the ‘Fallen Gorgon’ figurine as its centerpiece. It’s accompanied by the artbook, map, selected soundtrack, and digital goods.

New standalone products from their collectibles line are figurines of main characters Alexios and Kassandra, plus a 60-cm long replica of the Broken Spear of Leonidas. 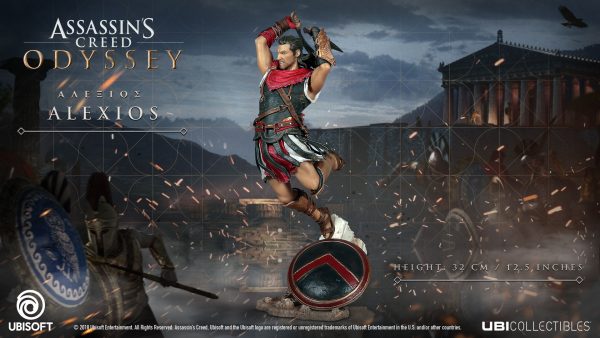 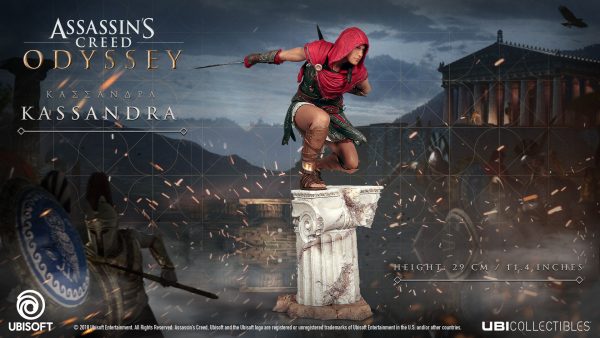 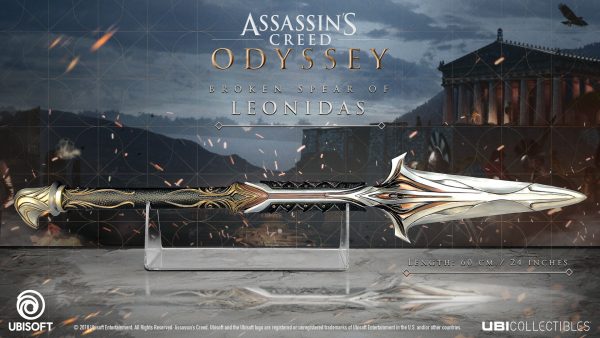