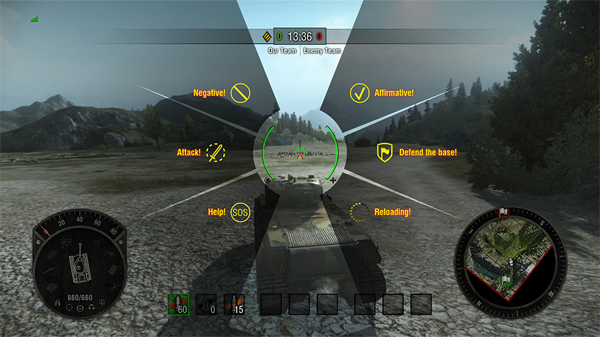 It’s no secret that World of Tanks has been hugely successful for Wargaming, with 60 million players gleefully blowing each other up into scrap metal. Seems like that number’s going to increase by a few million now that World of Tanks: Xbox 360 Edition has been announced at Microsoft’s E3 briefing.

Taking the stage after the reveal trailer aired, Wargaming CEO Victor Kislyi said that the 48 million member community of Xbox Live made the 360 a “perfect match” for the free-to-play MMO.

Porting the game over to console is Wargaming West, formerly known as Day 1 Studios before their acquisition earlier this year. The team developed MechAssault for the Xbox back in the day, as well as handling the console ports of F.E.A.R. and its third instalment.

Aside from optimised controls, World of Tanks: Xbox 360 Edition will have a revamped matchmaking system, a new user interface as well as other features tailored for the platform. In-game purchases such as premium tanks, consumables and premium accounts will remain as usual, although the open beta will only feature American and German tanks at the moment. Extensive plans are in place to add new content at launch and in the future.

Do note that you will be required to have an Xbox Live Gold membership in order to play the game; Silver members are entitled to try it  for seven days. Beta applications are now open on the 360 Edition website so start filling those forms if you think you’re the next Heinz Guderian. While you’re there, I highly suggest you visit the other posts to find out more about the game and its mechanics. There’s more to it than meets the eye, but just don’t go making jumps like the one you’ll see in this trailer – you’ll find out why once you land.

And before anyone forgets, there’s also World of Tanks Blitz being developed for mobiles and tablets, with cross-platform support for Android and iOS.

Ade thinks there's nothing quite like a good game and a snug headcrab. He grew up with HIDEO KOJIMA's Metal Gear Solid, lives for RPGs, and is waiting for light guns to make their comeback.
Previous post Call of Duty: Ghosts Shows Off Gameplay Previews
Next post E3 2013: Xbox One Priced at US$499, Exclusives Revealed