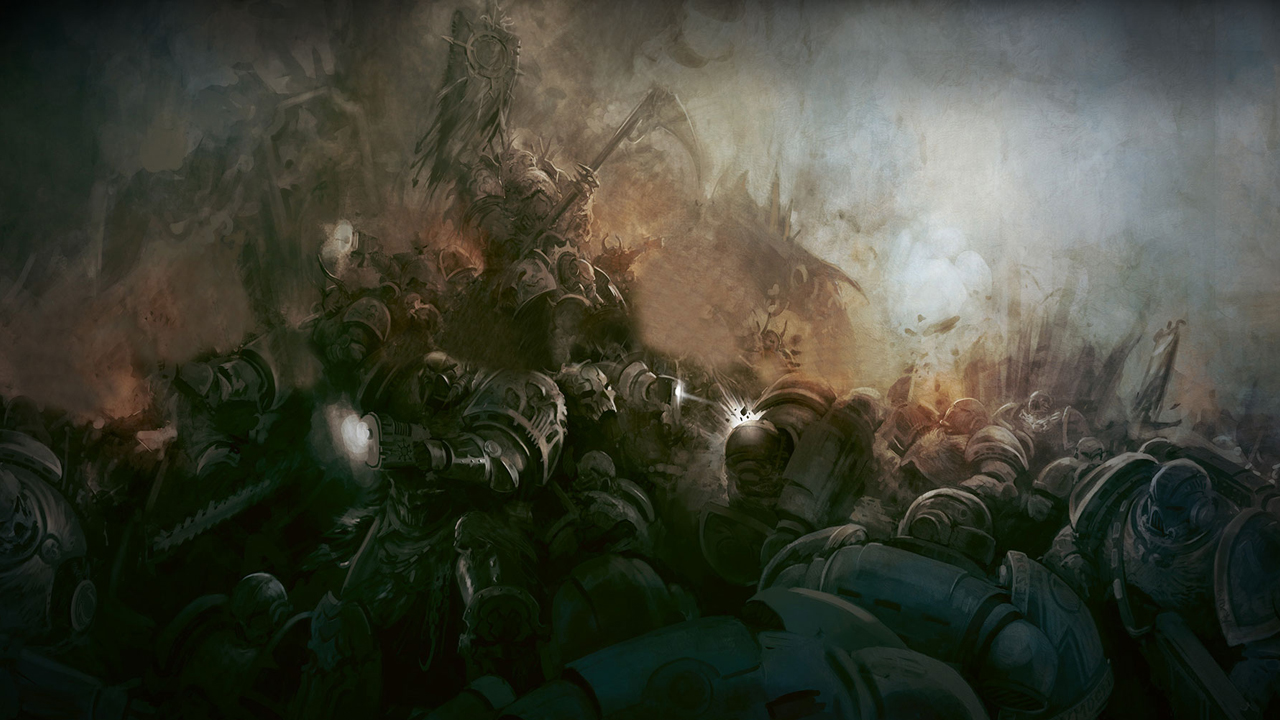 Games Workshop is determined to turn their popular franchise into an MMO it seems. The unfortunate collapse of THQ meant the quiet disappearance of Dark Millennium Online but now, Behaviour Interactive is stepping up as developer for a new title called Warhammer 40,000: Eternal Crusade.

There are barely any details at the moment but we do know that the third-person action MMORPG will have players choosing a W40K race and then fighting for faction territory, perhaps in a fashion similar to Planetside 2. The official website states that we’re currently in Phase 1 of 9, where Phase 2 is “Coming Soon” while the rest are all locked. Chances are those other phases are different alpha and beta testing stages.

Behaviour Interactive is Canada’s largest independent game developer, having made a lot of licensed games in the past. Their MMO experience seems to come mostly from ex-Funcom staff, according to a tweet by Craig Morrison, Funcom’s Creative Director.

There are lots of questions like how the melee and ranged combat will be approached, how vehicles come into play, which races are available (there’s a lot, not to mention the factions present in each) and whether this is all one huge PvP death world. We’ll probably find out more in the days to come so stick around.

Update: As information surrounding Eternal Crusade is still lacking, I gathered what I could from different interviews with Behaviour Interactive. There’s a much clearer picture of what we can expect from the game now, although with no screenshots, gameplay videos or hands-on sessions, the verdict is still up in the air.

(The terms are commonly used for Space Marines, so we’re not sure whether the other races will have a similarly organised structure.)

On their approach towards the project:
“Ours is more a system-driven virtual world in the vein of Planetside 2 or EvE Online.”

“We’re taking a lot of inspiration from what Diablo-style ARPGs and co-op games like Left 4 Dead do to create infinite fun.”

A huge concern for many has been the choice of studio, which doesn’t have a history of great games.

How they got the project started:
“We pitched it to [Games Workshop] last year and they loved the concept. Once they were satisfied that we’d be able to deliver something great for them, we made the decision to move forward together. Like myself, they have a lot of faith in the team […].”

“Now with our new online studio we are making a game for us… no actually for YOU. Naturally, everyone working on the game so far is a huge 40k fan and has at least two armies each!”

Chris Roberts:
“Behaviour Interactive are the biggest independent developer in Montreal, with a great infrastructure and work process. They have worked on over 130 games with some of the biggest publishers in the industry, have a reputation for being on time and budget and have many people that worked on big AAA titles like Assassins Creed or Far Cry 3 (Ubisoft contracted them to help out the recently shipped Far Cry 3.)”

Still, it’s hard to ignore games like Naughty Bear and Doritos Crash Course. The studio will have to prove they can deliver on the ambitious ideas being presented here. After all, they’re comparing it to Planetside 2 and EvE Online, two games with the largest server populations but also the backing of equally large (and specialised) publishers.

Ade thinks there's nothing quite like a good game and a snug headcrab. He grew up with HIDEO KOJIMA's Metal Gear Solid, lives for RPGs, and is waiting for light guns to make their comeback.
Previous post E3 2013: The Court Is Yours in NBA Live 14
Next post E3 2013: Closeup Shots of the Xbox One