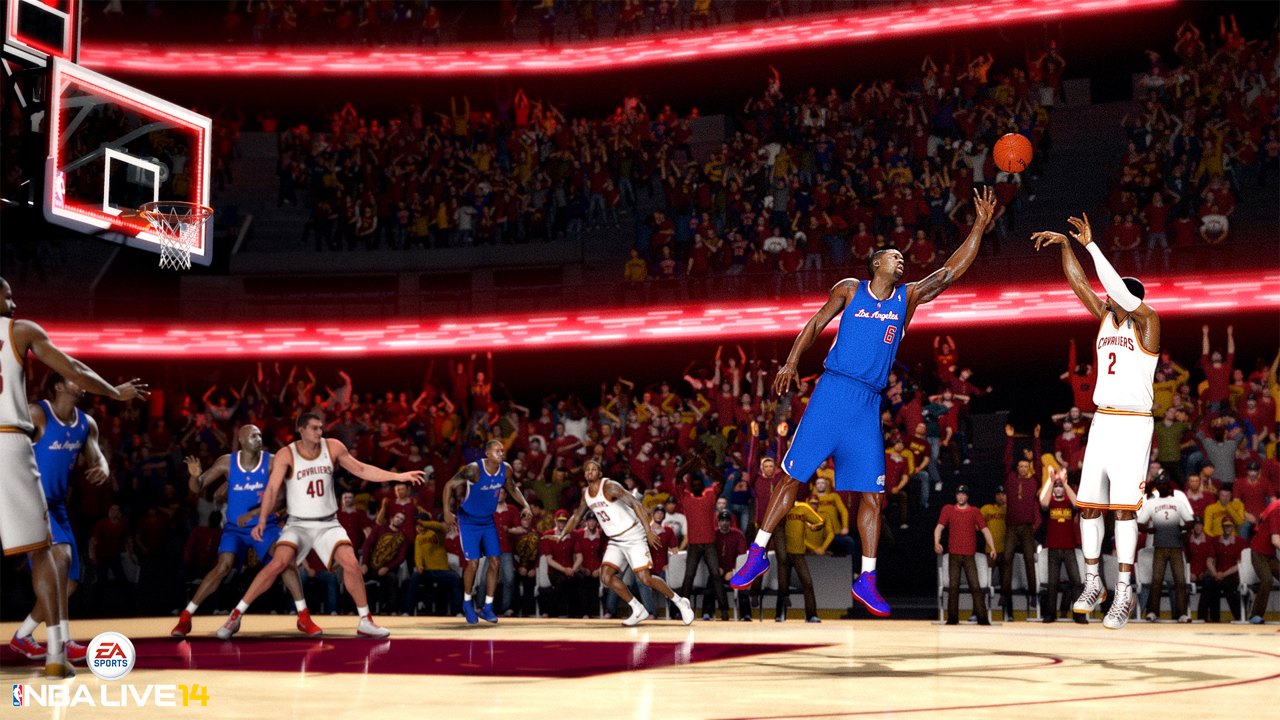 NBA Live is back! After a rough couple of years plagued by problems (NBA Elite 11) and cancellations (NBA Live 13), EA Sports’ leading basketball game returns to the court in shiny next-gen splendour.

Announced during EA’s press conference at E3, NBA Live 14 will join other EA Sports titles in using the Ignite Engine. Players will get to experience “ultimate on-court control” with the new BounceTek technology, a physics-based dribbling system that’ll presumably allow you to pull off more complex moves.

The game will also pull data from every NBA game within an hour of the final buzzer to update the database of statistics and player tendencies. Theoretically, this means you’ll get a different playing field every time you come back to the game. Who knows how that’ll translate in consumer’s hands, but we’ll probably see more of such features in the future.

NBA Live 14 is exclusively for the Xbox One and PlayStation 4. No word on a release date but we’ll hear more soon.

Ade thinks there's nothing quite like a good game and a snug headcrab. He grew up with HIDEO KOJIMA's Metal Gear Solid, lives for RPGs, and is waiting for light guns to make their comeback.
Previous post Shigeru Miyamoto Says Talk of Nintendo’s Financials Is “Silly”
Next post E3 2013: Warhammer 40K: Eternal Crusade Announced [Updated]