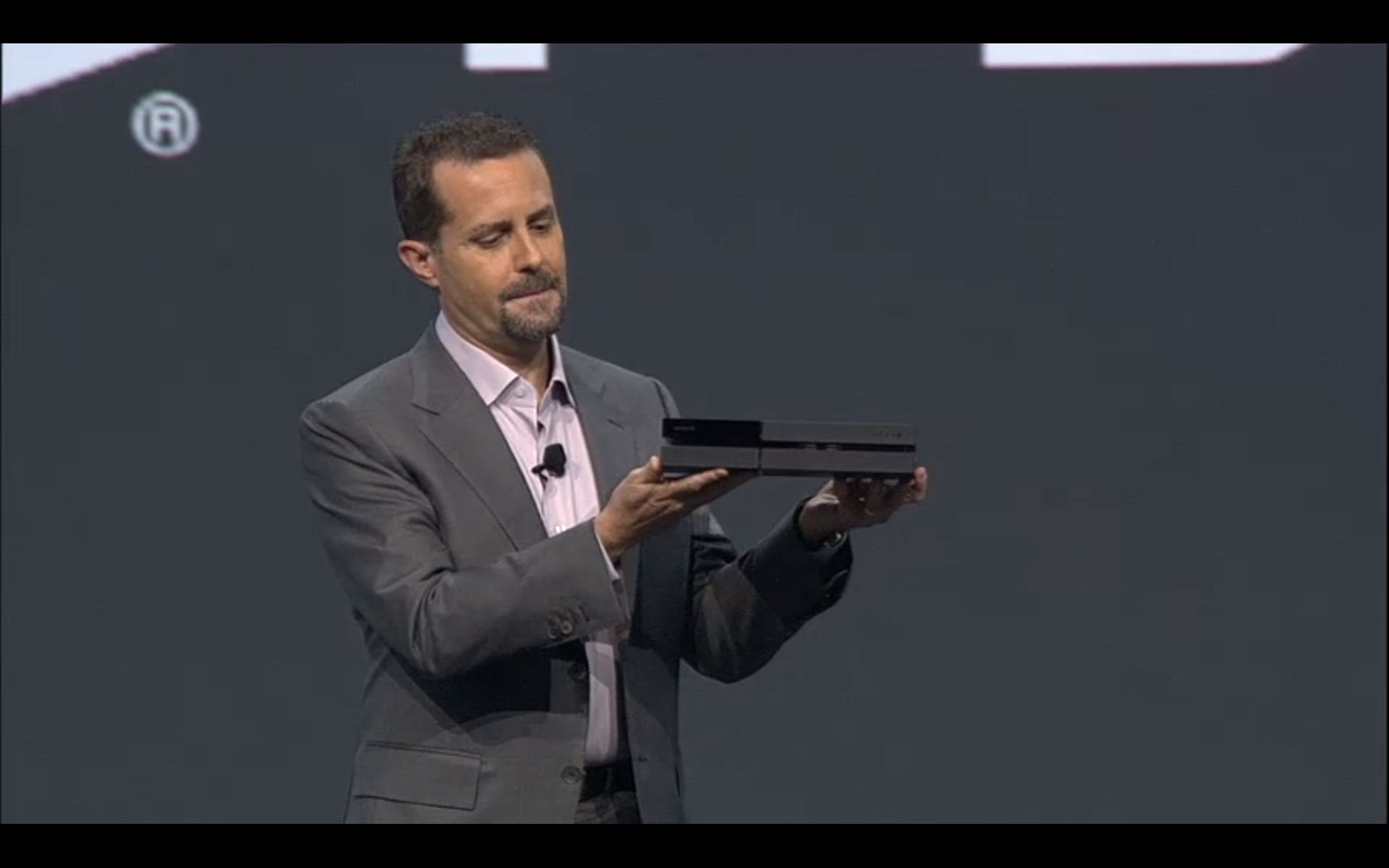 Sony went wild with their conference today, causing the audience to explode when they finally revealed their slanted-edge glossy-matte console, its price point and the difference between it and the Xbox One.

The PlayStation 4 console itself was revealed by Andrew House, holding the ovation-rousing console in his two hands. Its hard drive capacity was still not revealed. Amongst a recap of its launch titles (Knack, inFamous: Second Son, DriveClub and Killzone Shadow Fall) and its allegiance to a host of independently-developed titles, the PlayStation 4 was then revealed to have no restrictions to used games, stating that players can lend, sell, trade or do whatever they want to the copies of games they buy, a direct prod on Microsoft’s controversial decisions on used games and once-a-day game verification, which Sony will not do with their console.

Sony insists that they have their consoles doing no background checks on you or the need to keep it connected online. But you’ll be needing that for other services such as Gaikai game streaming of PS3 titles and PS Plus Cloud features. PS Plus will remain the same premium service it’ll always be, except it is now mandatory to pick up a subscription if you want to join your friends online. PS Plus membership will also carry over from your PlayStation 3, which means one subscription for your two consoles and your PS Vita, if you have one.

The PlayStation 4 was finally revealed to have a US$399 price point, a whole US$100 lower than the Xbox One. It definitely won a lot of hearts tonight. The console will be in US and Europe this holiday season.