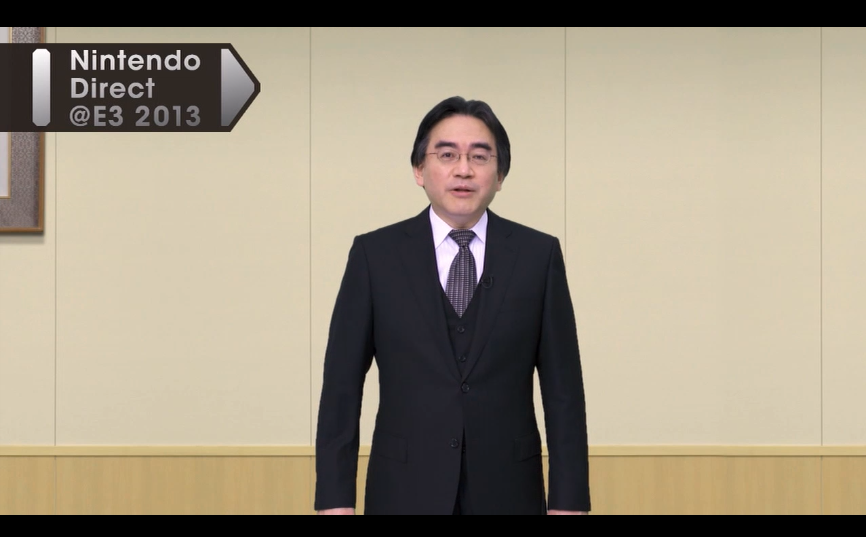 With all the fancy new hardware from Sony and Microsoft and the Wii U long out of its gate, Nintendo dropped the package introducing a slew of games coming to Wii U and Nintendo 3DS late last night.

The lack of stereoscopic 3D for a sequel to a 3DS game didn’t seem to deter Nintendo from pushing such a title on the Wii U. Carrying over the 3D planar gameplay on its 3DS predecessor, the game extends Mario and team’s adventures in this world swapping the tanooki suit for a new cat suit. Princess Peach is playable in this one, so who gets the Toad?

Gravity be damned in this new Mario Kart racer. The latest instalment in the Mario Kart series will see players hovering around sideways and doing loop-de-loops on a bunch of new courses on the Wii U. So technically your wheels will stay planted on the track for that, we can’t let you go that crazy just yet.

Further revelations to the world of Pokémon in its first 3DS adventure include the new Fairy-type, which the new Pokémon Sylveon will be an example of. Fairy-types are effective against the once titanic Dragon-types. Another feature revealed is the ability to interact with your little monsters a la Nintendogs via the touch screen. The new generation of Pokémon arrives October 12 on Nintendo 3DS.

The Wii U exclusive sequel to Bayonetta was given a new gameplay trailer with an emphasis on our protagonist’s new look. This Bayonetta seems to work on something that didn’t need fixing, perhaps more. New whips and swords complement her arsenal alongside her signature pistols.

Super Smash Bros. for Wii U and Nintendo 3DS

That trailer says it all. The new Super Smash Bros. will include the appeaence of Capcom’s Mega Man, who is capable of brining elements from our favourite end-bosses onto the arena. The Villager from Animal Crossing was also revealed as a new character in another trailer showcasing the standard roster of Smash Bros. alumni for the 3DS and Wii U.

Other tidbits include The Legend of Zelda: A Link Between Worlds as the subtitle for the upcoming sequel to Link to the Past, Pikmin 3 and Donkey Kong Country Returns Tropical Freeze, as well as plenty of third-party titles.

Nintendo has the full E3 2013 presentation video available here, without the lag or the lack of video that occurred when the event went live.

Previous post E3 2013: PlayStation 4 Will Go For US$399, Has No Need For DRM.
Next post Square Enix To Drop Wii U Director's Cut Exclusivity For Deus Ex: HR