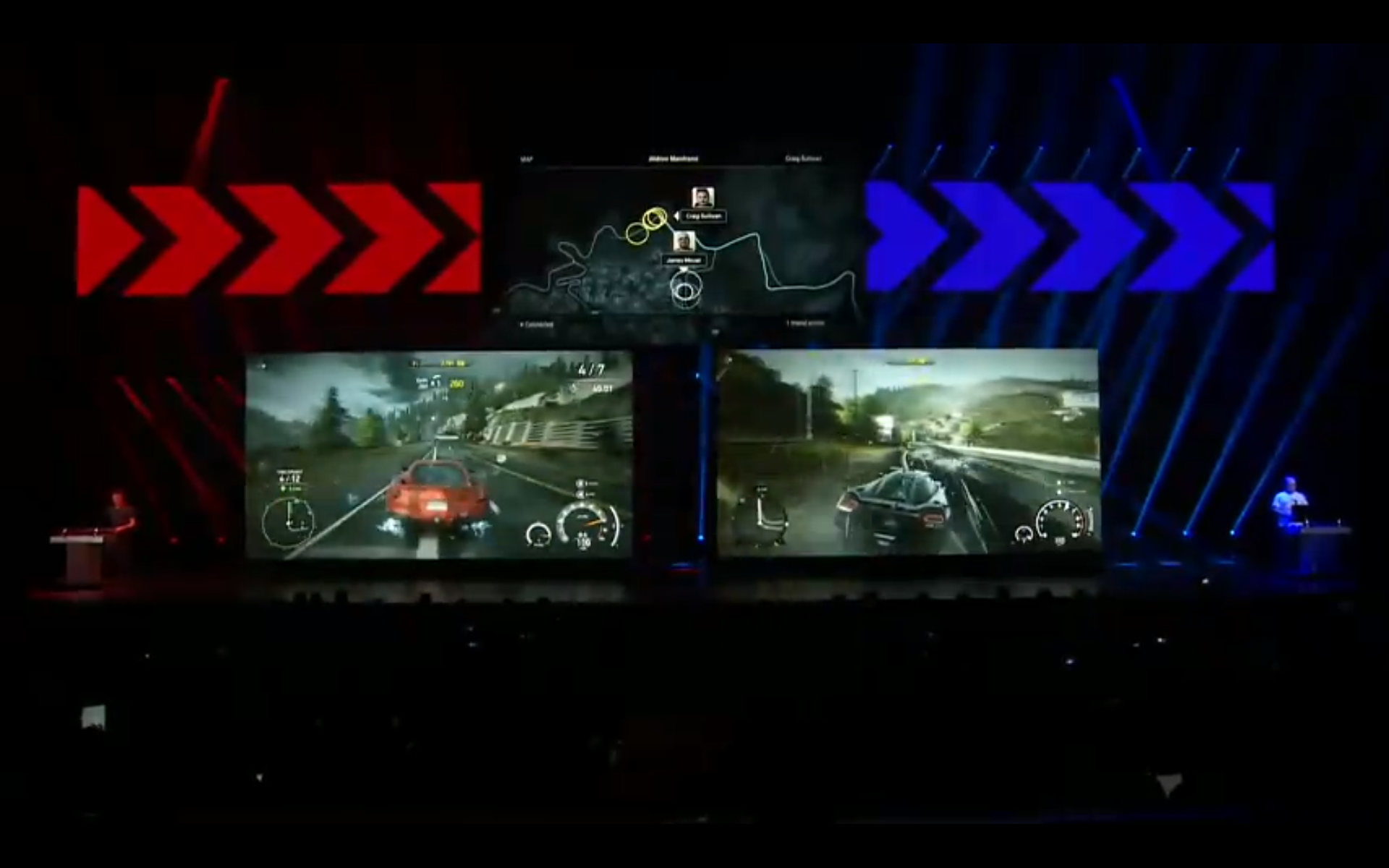 In the midst of the two vicious rivals tearing themselves apart over whose next-generation console is better, EA was there showing off their new wares for the consoles of today, and tomorrow.

PopCap’s first foray into such a shooter like this since their acquisition by EA, PvZ: Garden Warfare is a third-person shooter that takes the plants out of the roots to defend their home turf from the invading zombies. The demo on-stage was a confusing muddle with most of us still thinking “this game is… real”. Call it Call of Duty for a younger age group, the game has 4-player co-op and competitive modes for up to 24 players with new zombies and plants alike. The game will hit the Xbox One and Xbox 360 in Spring 2014.

What was seemingly a single-player experience soon turned into a multiplayer mangle with illegal street racing and The Law. Need for Speed: Rivals will add a more intelligent reaction to clamp down such racers, by making the whistleblower a human with a tablet in his hand over Xbox SmartGlass. Law enforcement appeared to have been dispatched through a satellite view of the current race taking place and the police were deployed with a touch of a screen. But where do the police come from? Another player’s console. A third-player was then revealed to be controlling the policing action to stop the race by taking out the drivers. No more easy escapes with the AI it seems, the cops have some new humans in town.

Still focusing on their work with tablets and allegedly Xbox SmartGlass is the new Commander mode in Battlefield 4. With an ensemble of 64-players on stage during this playthrough of the “Siege of Shanghai”, teams of soldiers scrambled around the city going on their own while our bespectacled commander watched on his tablet. Through Commander mode on the tablet, it appeared that new routes and commands can be assigned to the various soldiers in the event the players get stuck, or are in need of a solution.

Other games teased in the event were PopCap’s Peggle 2, Star Wars Battlefront, a look into the upcoming Need for Speed movie with Breaking Bad’s Aaron Paul and last but not least,

What was rumoured as an EA Help Page has now become real. EA DICE teased us with the reappearance of Faith getting inked and kicking butt back in the world of Mirror’s Edge five years after we first met her. The second titles in the first-person action-parkour game will feature Faith’s origin story powered by Frostbite 3. The game will make Xbox Ones, PlayStation 4s and Windows PCs “when it is ready”.

There’s plenty more on EA’s E3 showfloor as the updates come in when E3 opens its doors.