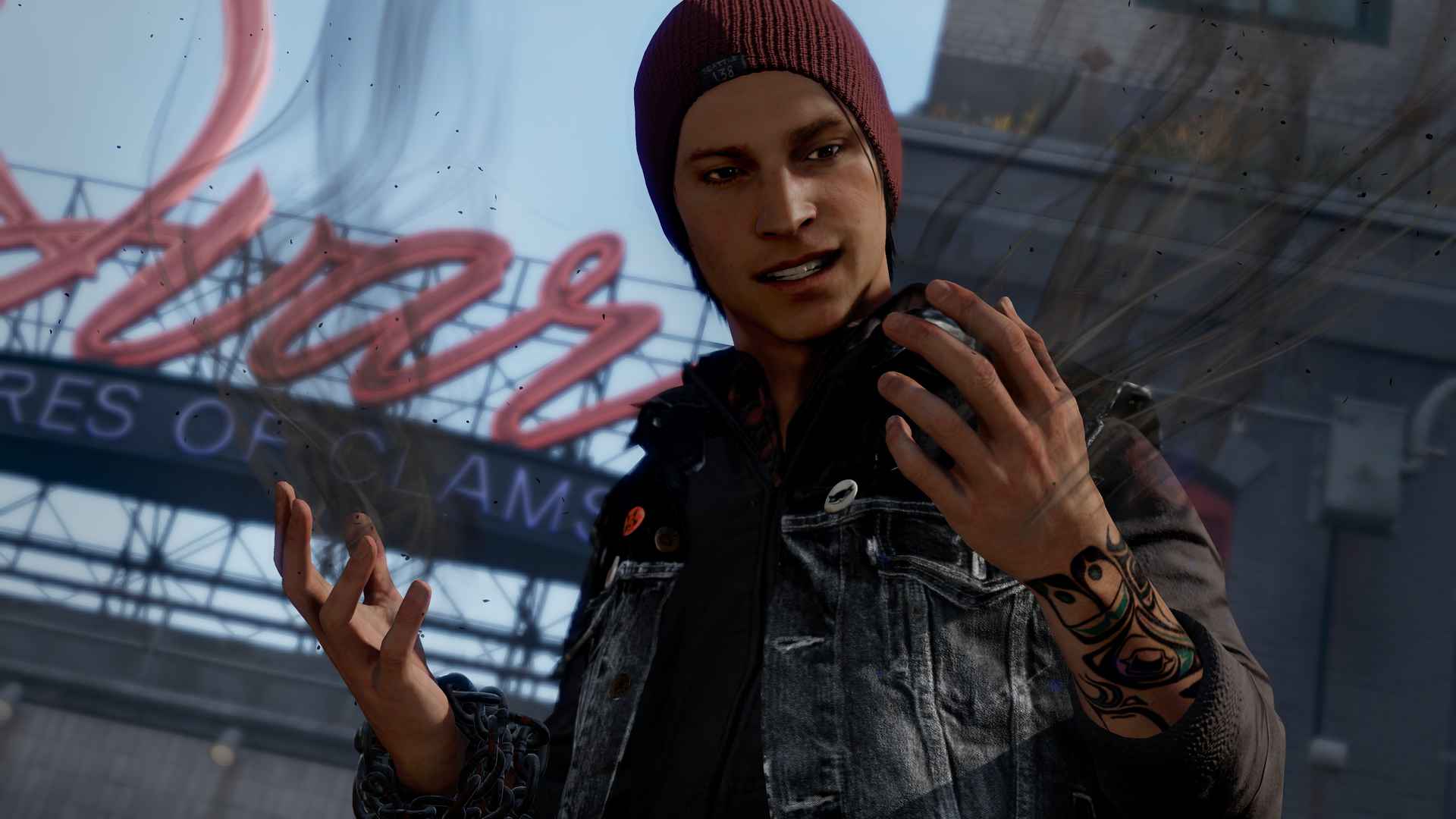 Earlier today we sat down with the folks at Sucker Punch Productions as they walked through the upcoming inFAMOUS: Second Son game with us.

inFAMOUS: Second Son takes place seven years after the events of the previous title, and players will assume the role of Delsin Rowe. Like Cole MacGrath, Delsin also holds conduit powers. His is rather unique (and should remind you of a similar power from a Hero character), which allows him to absorb the power of other conduits. While Sucker Punch was coy about confirming or denying Cole’s appearance in Second Son, they did let in that the ‘good’ ending in inFAMOUS 2 is canon. This is because 80% of players who have finished that game chose the ‘good’ route, and so the folks have decided to follow the people’s choice.

The lack of a sequel number in Second Son (even though it’s canonically the third inFAMOUS game) was a carefully thought move. Sucker Punch wanted to start a new inFAMOUS with a clean slate without the trauma of a reboot, and hence created a new protagonist from the ground up. This allows for new players unfamiliar with the previous two games to be able to jump into the game easily, and yet not alienating the core fans of the series. For a sneak of what Delsin and his powers are capable of, check out the video below – it’s the exact demo that was showcased to us. inFAMOUS: Second Son will be available only on the PlayStation 4 during the console’s launch window period.

Aaron Yip is an industry veteran with more than 15 years of experience. When not spending time on his gaming PC and consoles, he can be found in Hyrule solving ungodly puzzles and collecting gems.
Previous post E3 2013: Closeup Shots of the Xbox One
Next post E3 2013: Xbox One’s Requirements, Launch Countries