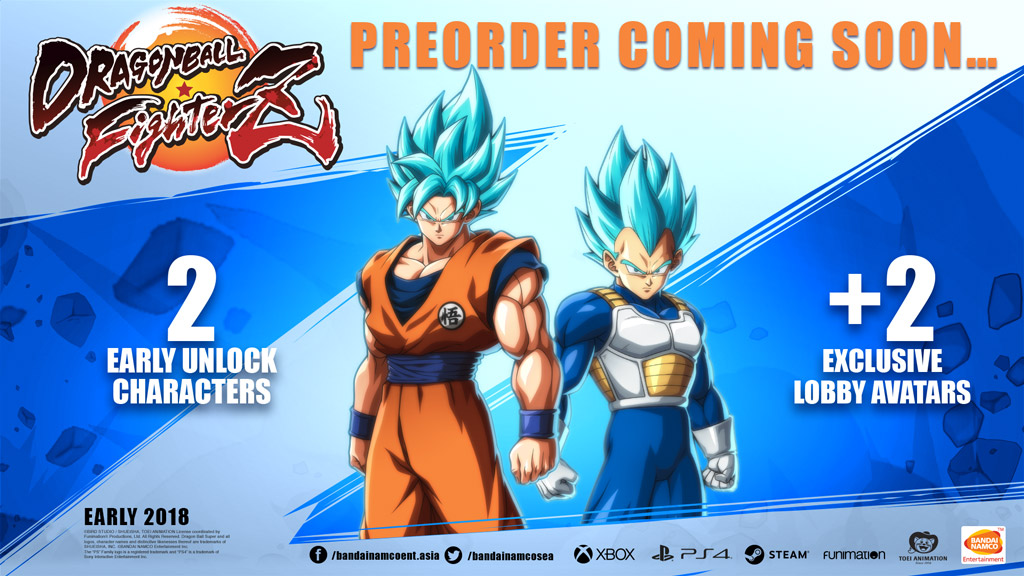 If you are hyped about the upcoming Dragon Ball FighterZ fighting game, then February 2018 can’t quite come soon enough for you. Bandai Namco has revealed that the game will be out next Spring along with a few other details.

Bandai Namco also gave a glimpse of the game’s story mode, new characters and Party Match in a new trailer. Check it out below:

Dragon Ball FighterZ will launch for Xbox One, PlayStation 4 and PC (via Steam) in February 2018.

Aaron Yip is an industry veteran with more than 15 years of experience. When not spending time on his gaming PC and consoles, he can be found in Hyrule solving ungodly puzzles and collecting gems.
Previous post Review – Agents of Mayhem (PS4) isn’t a Saints Row clone
Next post Sony is rolling out a price drop for its PlayStation VR in September