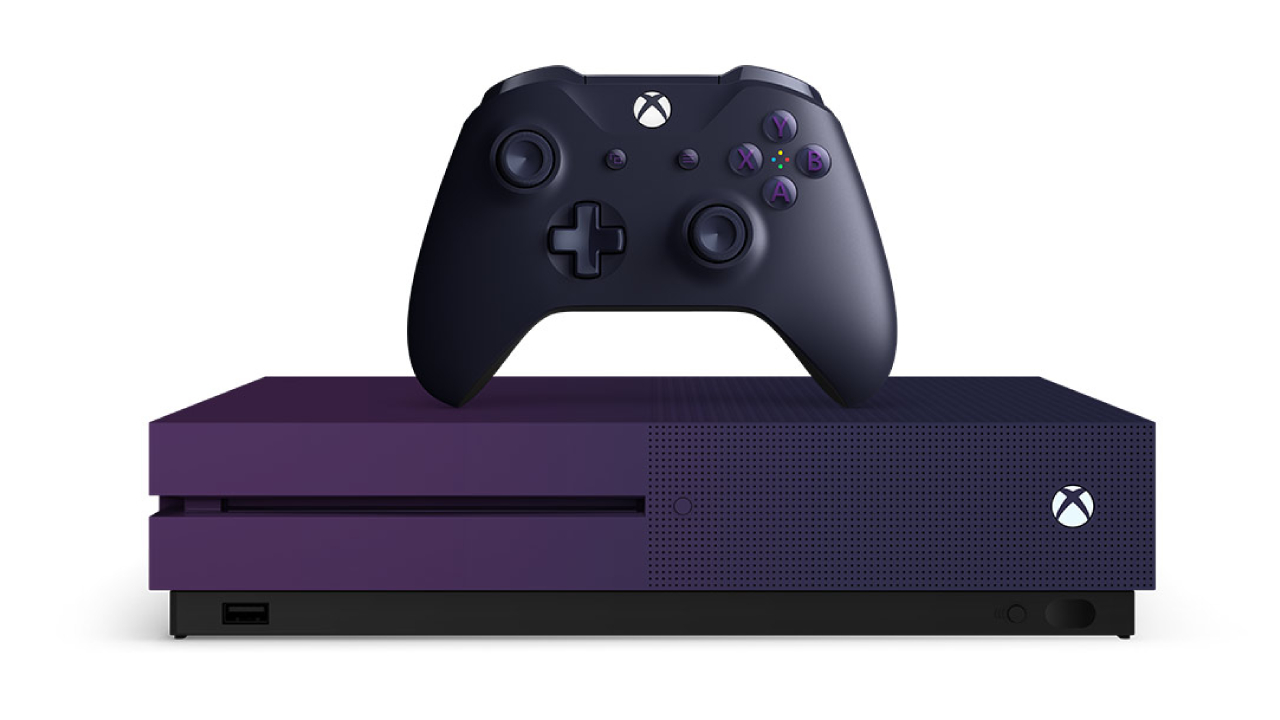 Creating a limited-edition console for a game as stylish as Devil May Cry 5 honestly sounds intimidating, so I think Microsoft did a fine job with this Xbox One S bundle.

Decked in a clean-looking gradient purple, this special Xbox One S (1TB) comes with a matching Xbox Wireless Controller, a download for Devil May Cry 5 Deluxe Edition, and 1-month trials for Xbox Game Pass and Xbox Live Gold (separate codes).

Devil May Cry 5 is a worthy continuation of what has been a fantastic action series. Read our review for more about it, with Kenneth calling it a “must-have” for 2019.

This bundle is now available in Singapore for $428, which is apparently a promo price until June 24.

And yes, that promo extends to other Xbox One S bundles, too. There’s one for Tom Clancy’s The Division 2 ($428) and another for Forza Horizon 4 ($368). But you know what? Those don’t come with a special themed console.

Get on Xbox Game Pass Ultimate

Here’s something important. Note that the provided Game Pass trial only works if you’re new to that service. It’s not for active or former members, even if all you did was try an old trial back when it first launched.

Either way, I recommend that all Xbox One owners make full use of the Xbox Game Pass Ultimate promotion. 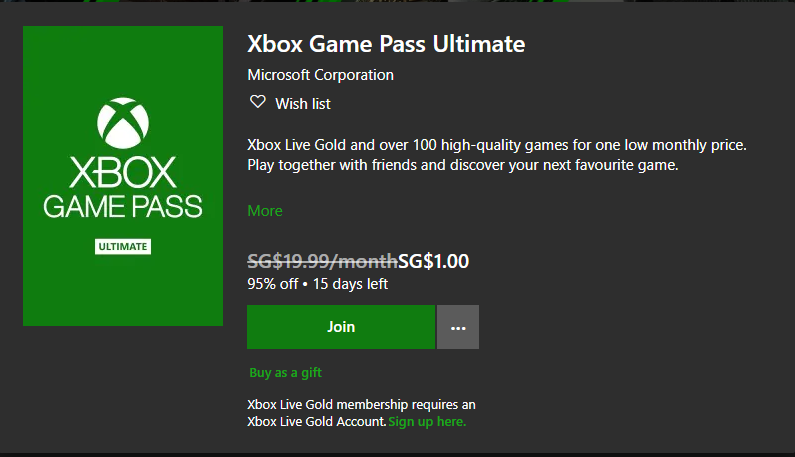 That Ultimate promotion ends in 15 days (July 4), but it converts all Game Pass and Live Gold memberships to Ultimate. So if you previously had 365 days of regular old XBL Gold, you now have 365 days of super fancy XGP Ultimate.

What does that get you? Game Pass access for PC, console, and an Xbox Live Gold membership! It’s literally a better membership tier in all respects.

The terms state that you can only convert a maximum of 36 months of membership time, but that’s already a great deal. For comparison, a year of XGP Ultimate costs $239.88 at its regular pricing – over $150 more than an annual XBL Gold subscription.

Yes, yes, this is Xbox locking in more users to their service, but given that you’re buying an Xbox One console then I don’t see why you wouldn’t want to make use of it. Game Pass is great value and is the closest thing there is to a Netflix-style library of games.

Just be quick about it!

Ade thinks there's nothing quite like a good game and a snug headcrab. He grew up with HIDEO KOJIMA's Metal Gear Solid, lives for RPGs, and is waiting for light guns to make their comeback.
Previous post CS:GO celebrates two decades with classic Dust 2 map
Next post Avengers: Endgame is back for seconds with new footage and post-credit scene!