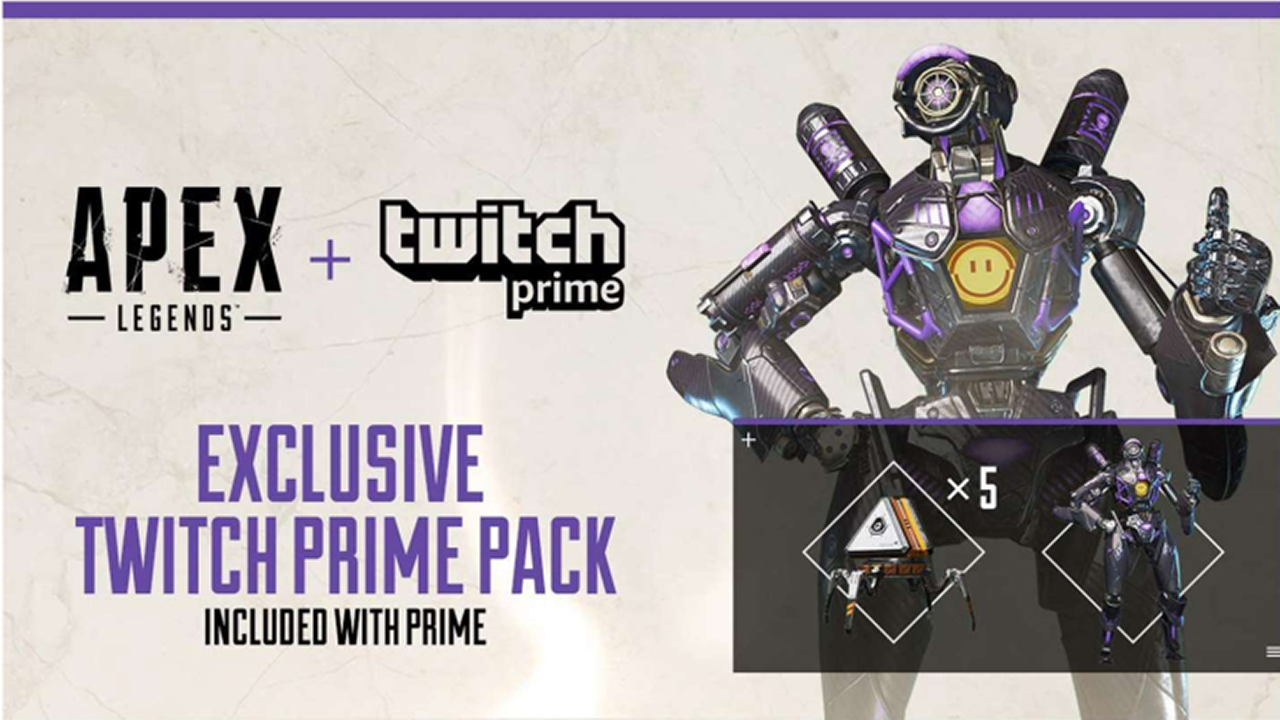 Apex Legends has been on a roll since it’s highly-prominent launch out of nowhere, and if you’re all caught up in the new battle royale craze then you wouldn’t want to miss this Twitch Prime exclusive.

The former is exclusive to Twitch Prime (there was an exploit floating around but developers Respawn have already begun removing it from ineligible accounts), while the latter are basically your bog-standard loot boxes containing three items each. Like in Overwatch, these may be obtained in-game or purchased directly.

A Twitch Prime subscription currently goes for a low sum of S$2.99 per month (30-day trial available), which not only gets you Twitch perks but a whole bunch of gaming content, too. As of writing, there are in-game bundles for League of Legends, StarCraft II, and MapleStory 2, as well as a free PC Starter Edition for Final Fantasy XIV Online. That’s not counting the actually free games to look forward to each month!

You know what else is free? Apex Legends. After the battle royale’s meteoric rise, the game has steadily carved a rock-solid reputation among FPS players, and justifiably bring some extra attention to Respawn’s previous release, Titanfall 2.

The GameAxis team are still locked in the throes of tense sci-fi combat, but we’ll have our two-man thoughts on Apex Legends soon.

Ade thinks there's nothing quite like a good game and a snug headcrab. He grew up with HIDEO KOJIMA's Metal Gear Solid, lives for RPGs, and is waiting for light guns to make their comeback.
Previous post Grab Devil May Cry 5, The Division 2, and Resident Evil 2 in this stylish AMD bundle
Next post Check out this new “crash course” trailer for Sekiro: Shadows Die Twice