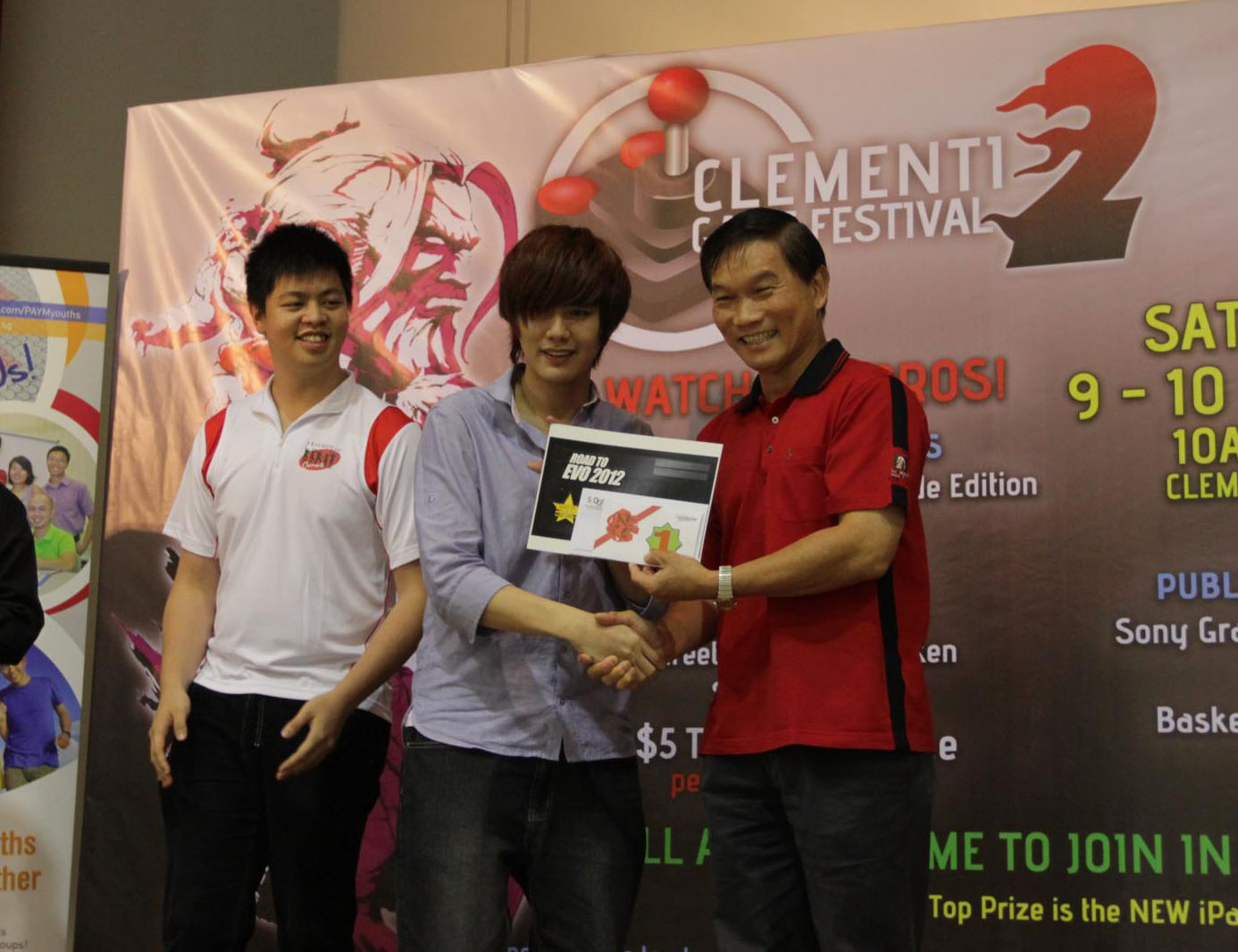 The final matches had the entire hall of approximately 300 people watching in awe as two world-renowned SSF4:AE players duked it out in humble Clementi Community Centre. The games were streamed online on CrossCounter Asia’s twitch.tv as well as live onto a big screen in the hall.

The nail-biting finish initially looked as though it would be a clean sweep for Xian. At one point, the Gen player was leading Daigo by four sets, with a score of 6 – 2 best of three sets.

Daigo had initially opted to play Yun, and then Guile, against DM.Xian’s Gen. Raymus ‘Shen Yuan’ Chang told RGB that it was because Daigo had previously gone up against Xian with his main – Ryu – and lost; hence the decision to play Yun and Guile against Gen. Both characters are bad matchups for Gen, with Yun ringing in at 6:4, and Guile with a deadly 7:3.

The results of the tournament showed that DM.Xian had indeed been hard at work preparing for the moment he might face The Beast in the South East Asia Major. We were told that Xian has been training his Guile matchups with GameOuttt, a player from Hong Kong, and that he also had experience in China against other Guile players (Xian was in China last month for a tournament). As for Yun, DM.Xian himself used to main Yun, so he couldn’t have asked for a more coincidental matchup.

The atmosphere in Clementi CC’s multipurpose hall was electrifying, to say the least. Though Xian is Singapore’s best SSF4:AE player, he has wobbled a bit in recent tournaments, and our hopes were almost dashed when The Beast began dragging his score upward, set by set. Nonetheless, the decisive final battle set DM.Xian’s name in stone for good as he finished Daigo off with a score of 5 – 7 in the former’s favour.

Local El Fuerte player – now a New York University student – Kenneth ‘Spore’ Lim, once shared his experiences of a Major in the United States with the fighting game community through its short lived newsletter: that majors were amazing, heart-stopping weekends where people lived and breathed fighting games.

Though Singapore may not have the critical mass the USA has to make its Majors come alive, last evening, we certainly had the spirit.

Stay tuned for our tournament roundup.