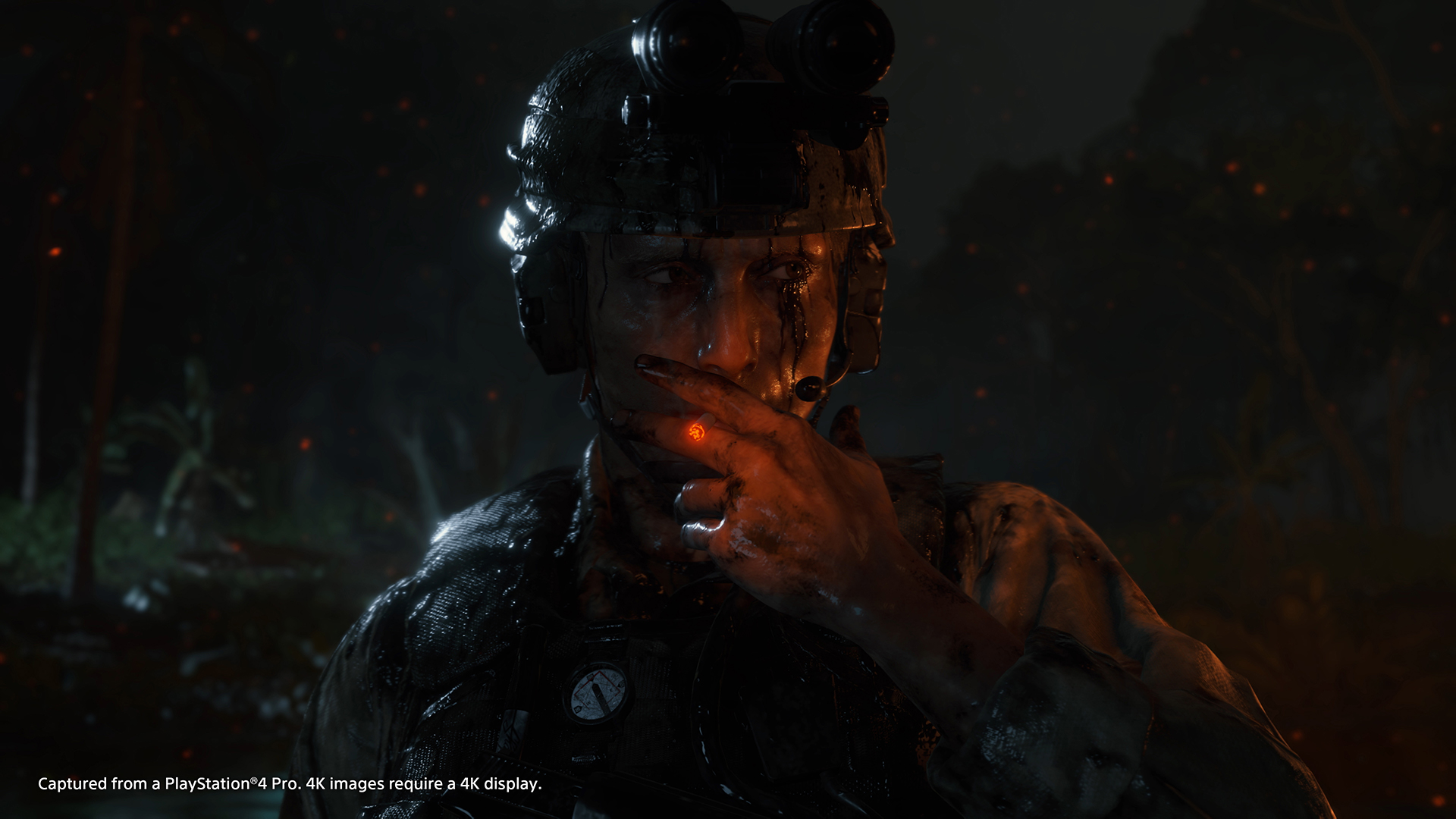 Well there we have it. The long-awaited and highly mysterious Death Stranding isn’t being pushed to next gen but is arriving this year on Nov 8. Still haven’t got the slightest clue what this PS4 exclusive is all about? Then you’ll want to check out that new trailer.

There’s gameplay in it. 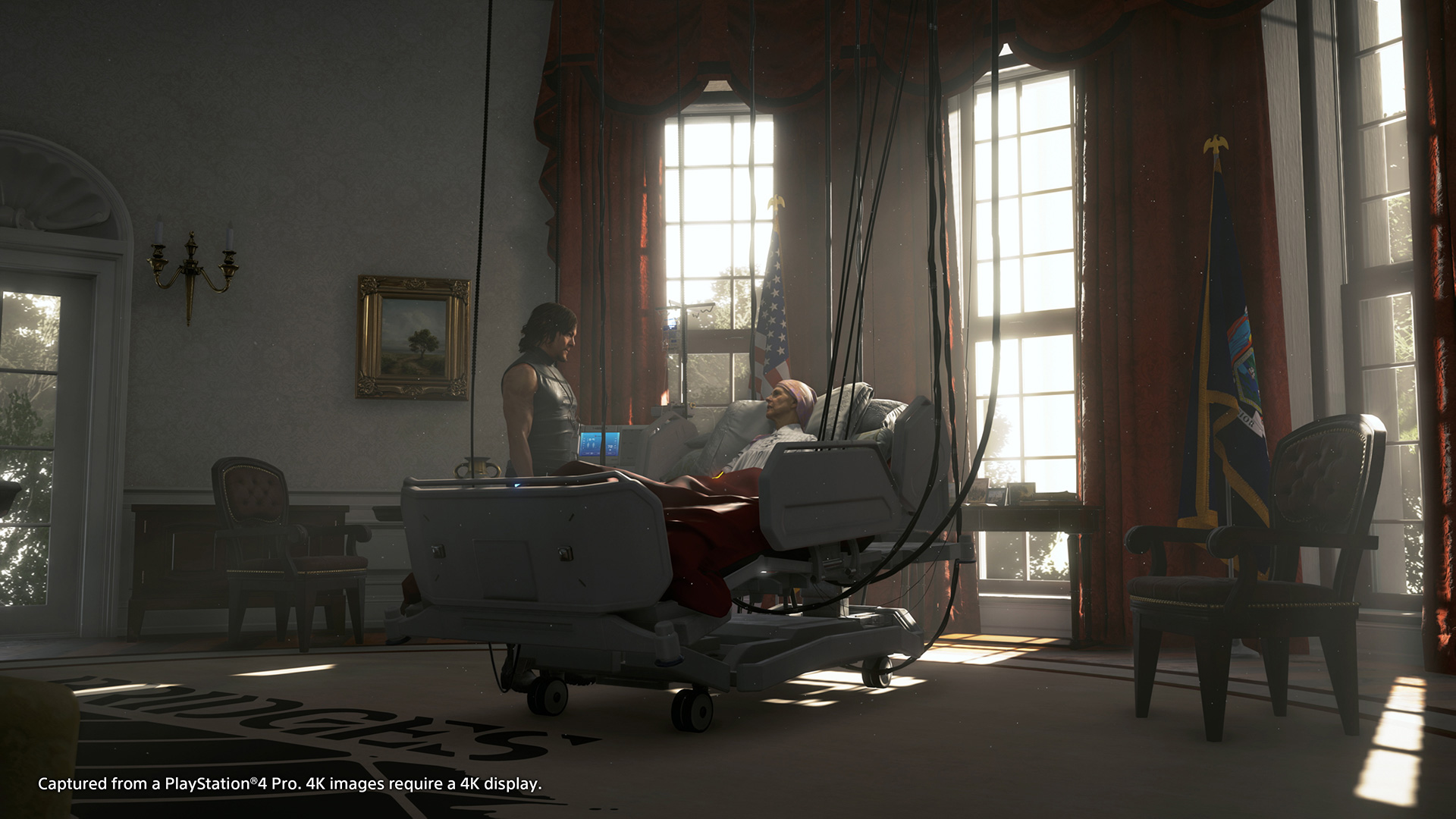 The nine-minute video introduces us to a few new characters, shows plenty of Mads Mikkelsen x Bridge Baby, and translates all those bizarro cutscene moments from before – like the clacking backpack sensor and supernatural BTs (‘Beached Things’) — into actual gameplay. As expected of the KojiPro team and Horizon Zero Dawn’s Decima engine, the environments look fabulous. 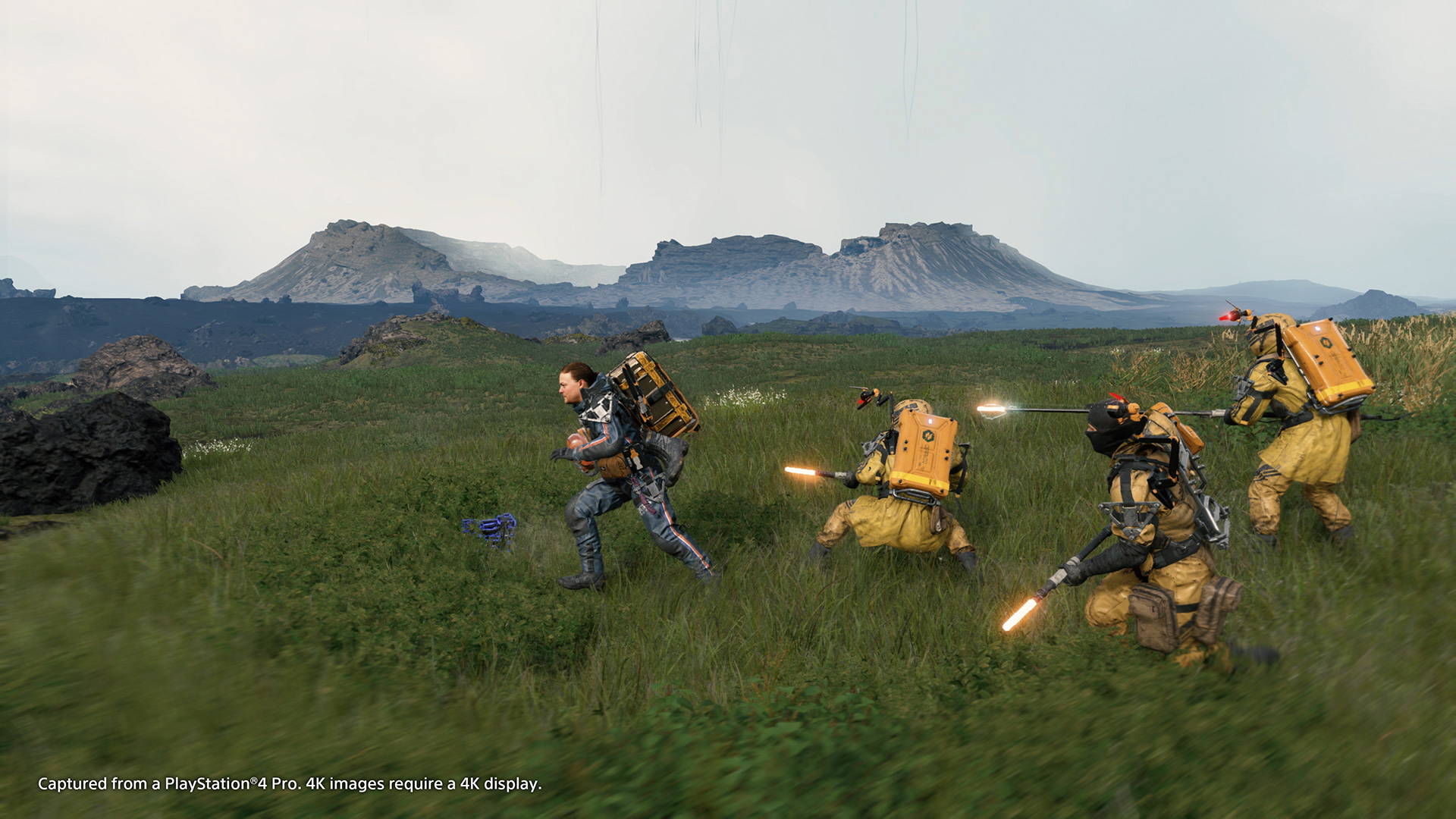 We also see Norman Reedus’ character, Sam Bridges, trying to escape an attacking group of bandits before going all DHL revengeance on them.

OK so it’s not exactly MGR: Revengeance calibre of combat but whacking your assailants with a hard case seems like the kind of thing Kojima would let you do. That, and giving character names such as Deadman, Heartman, and Die-Hardman. 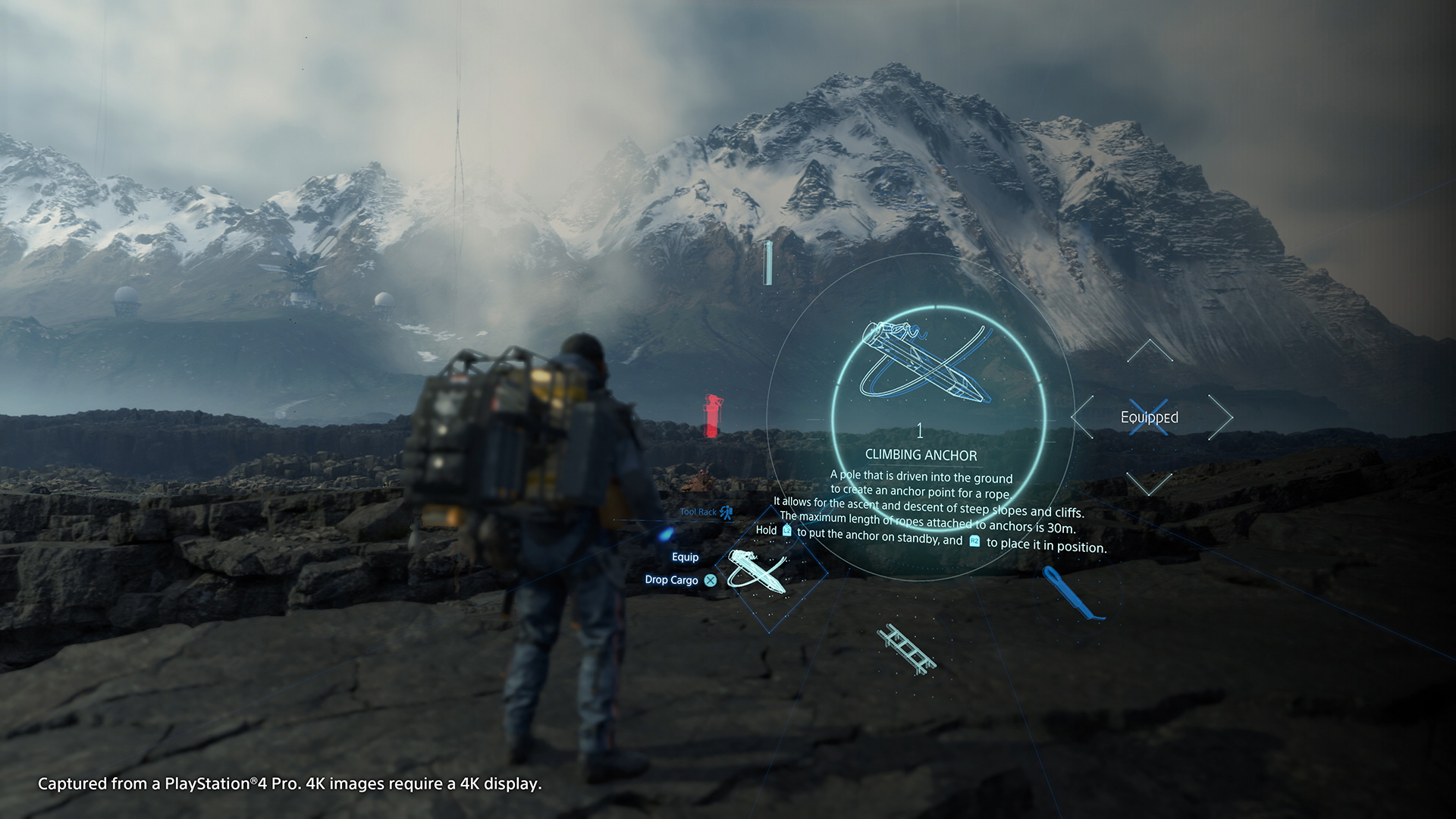 The director dropped a series of tweets once the trailer was live, sharing new character posters and a note for the fans. 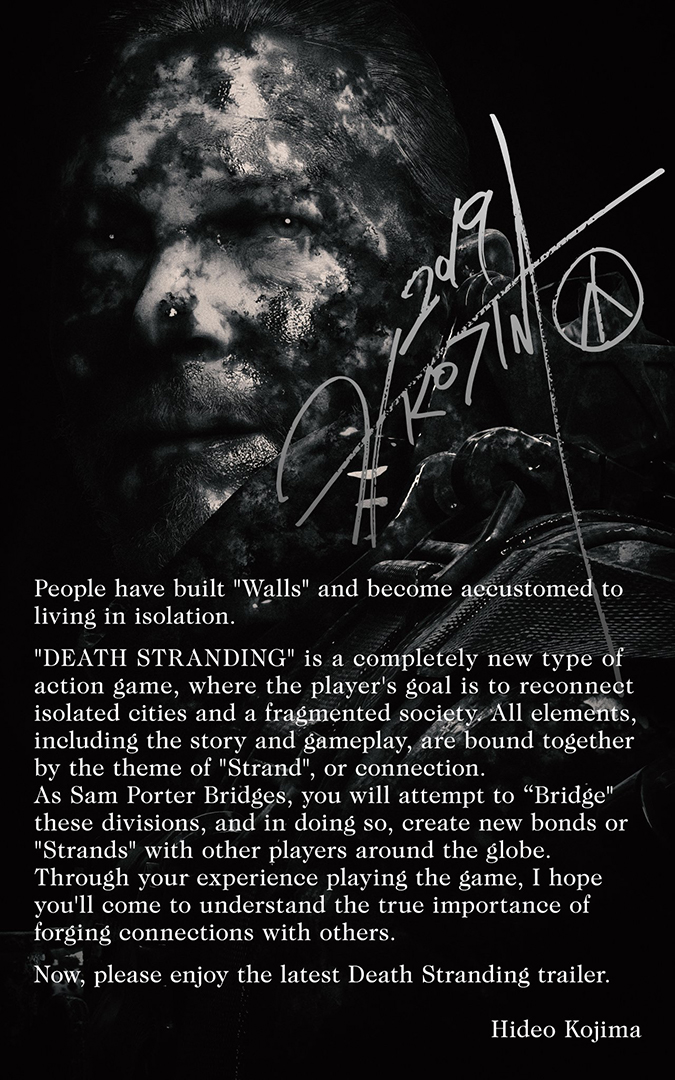 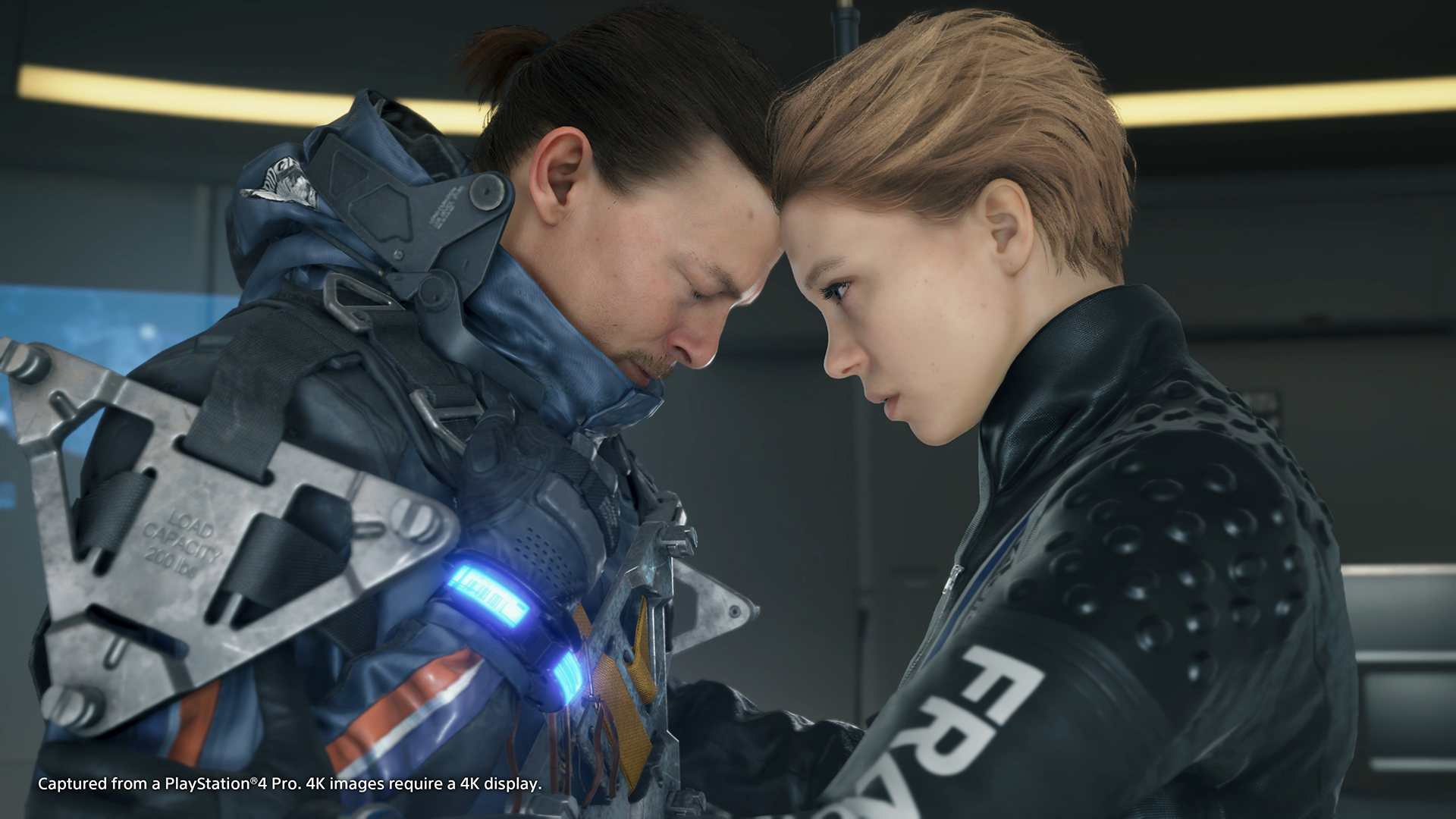 Asynchronous online multiplayer and other tidbits

“After the collapse of civilization, Sam Bridges must journey across a ravaged landscape crawling with otherworldly threats to save mankind from the brink of extinction.

“In the near future, mysterious explosions have rocked the planet, setting off a series of supernatural events known as the Death Stranding. With spectral creatures plaguing the landscape, and the planet on the verge of a mass extinction, it’s up to Sam Bridges to journey across the ravaged wasteland and save mankind from impending annihilation.”

Key gameplay points include protecting your cargo from wild bandits, staying safe from BTs, and not having a game over state — you just enter an “upside-down realm, searching for a way back to the living.” Curiously, they also mention being careful about who you kill — “every death carries a consequence” — which just gives me plenty of The Sorrow vibes from MGS3. Another key thing to note is that Death Stranding has asynchronous online multiplayer. 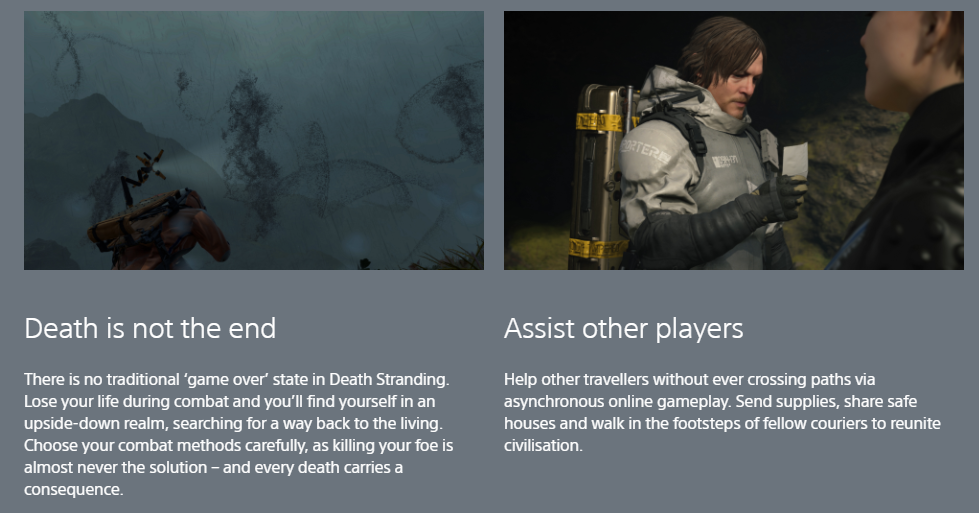 Now, stranded Metal Gear fans knos that Kojima loves dropping hints in trailers, just so the community can go on a wild analysis and speculation spree. The new video has a few but one of the more interesting ones is the appearance of “Ludens” at the top of Die-Hardman’s skull mask, which just so happens to look a lot like the skull on the Kojima Productions mascot. Towards the end, we get another interesting monologue from Mikkelsens’ character, Cliff, directed to the Bridge Baby: “The whole wide world will be yours to explore. You’ll be able to go wherever you want— even the moon.”

Another Ludens reference! I take it we’re going to the moon, then?

But wait, there’s more. Peek at the Japanese trailer and you’ll see some different footage after the 6:05 mark, notably what seems to be a boss encounter, weapon levels, the ability to change ammo types and golden hand flowers. 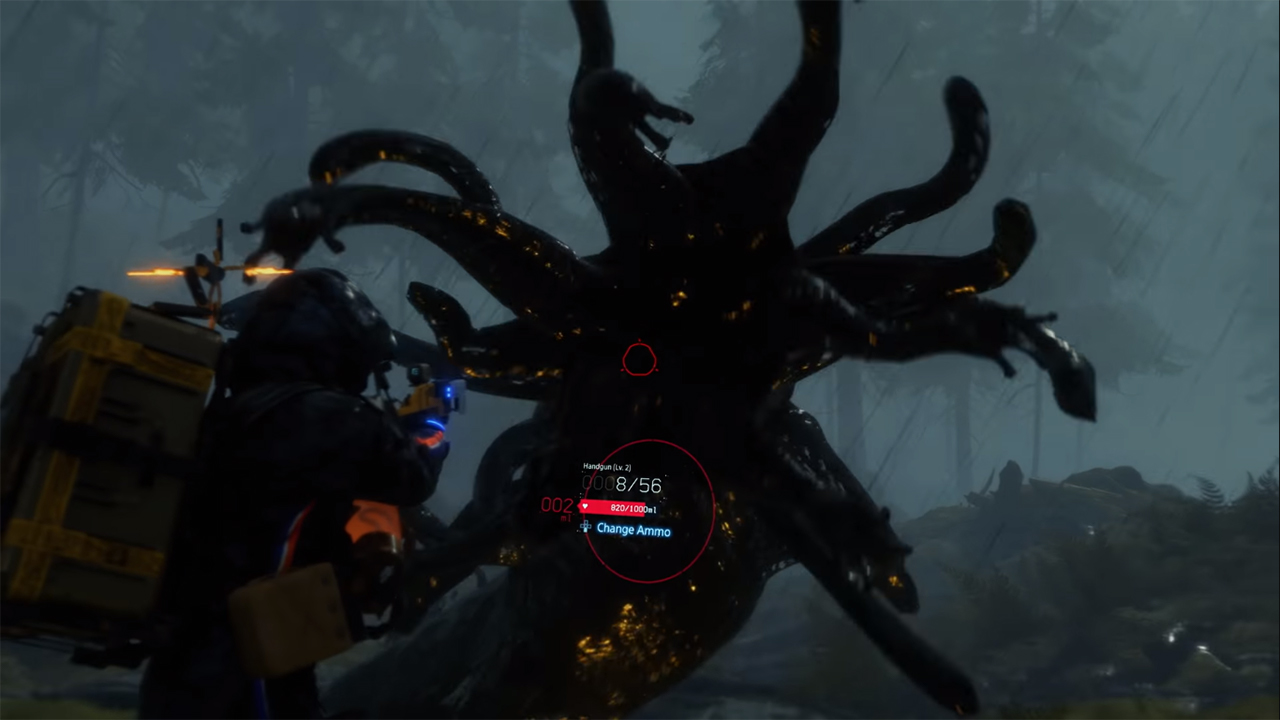 Does anybody want a baby pod?

In any case, you might want to save some money for these Death Stranding editions. The game comes in Standard ($79.90), Special ($97.90), Digital Deluxe ($108.90), and Collector’s Editions (TBA), with that last one giving you – in all seriousness – a life-sized Bridge Baby Pod Statue. Probably so you can cuddle it to sleep and ask: “Why are we still here?” 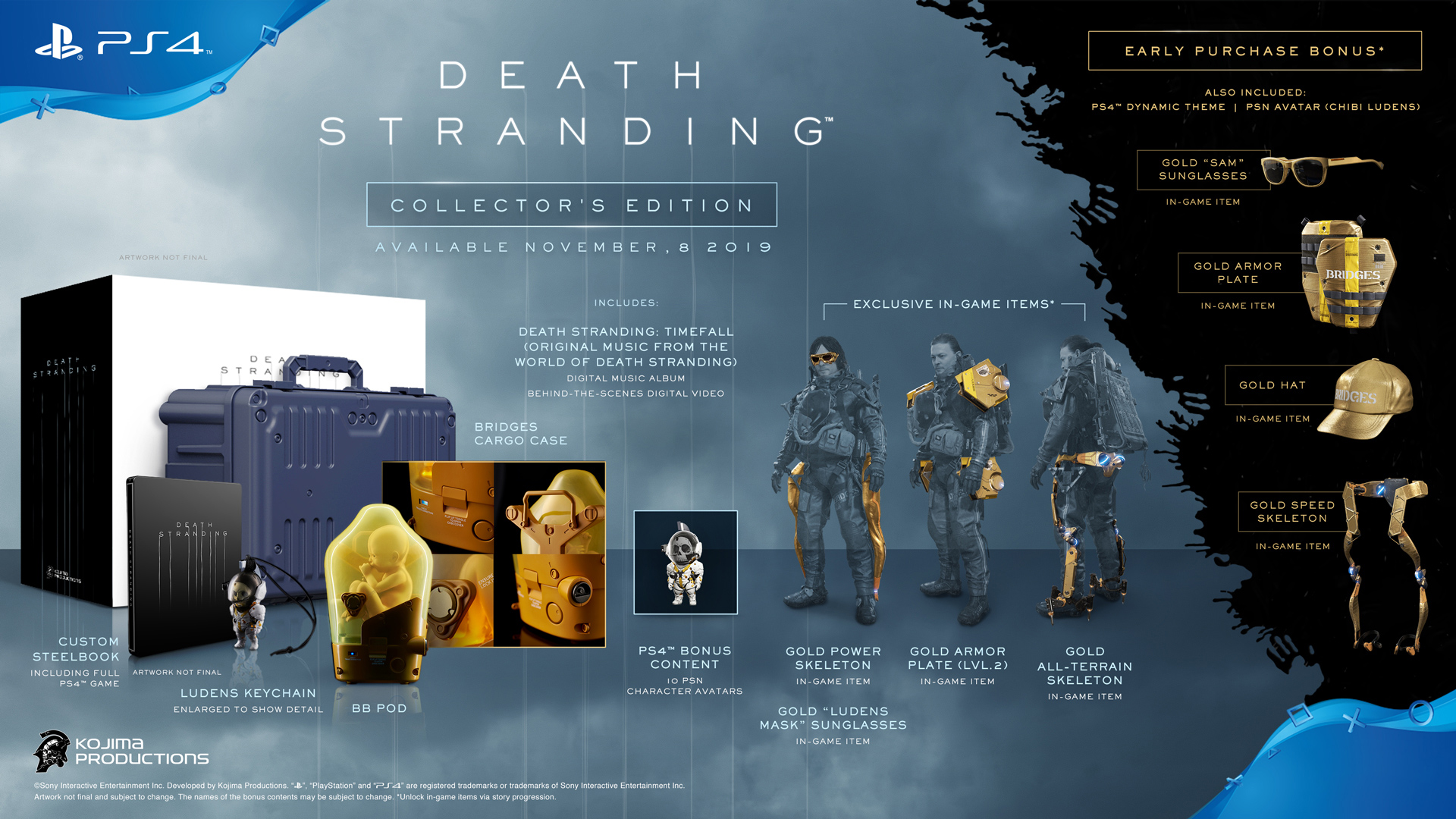 The Special Edition includes a Steelbook case, the digital soundtrack, and a digital making-of video. Getting the Digital Deluxe instead hilariously gets you a whole bunch of golden in-game items and PSN avatars. Pre-order bonuses dump more of those golden in-game gear, turning Sam into some kind of high-roller courier.

What’s curious is PlayStation dropping all this information weeks in advance of E3, once more breaking industry tradition — Sony aren’t having a booth this year either. Does that mean they’re saving something larger for the June announcements, alongside their Days of Play sale? Guess we’ll just have to wait.

Ade thinks there's nothing quite like a good game and a snug headcrab. He grew up with HIDEO KOJIMA's Metal Gear Solid, lives for RPGs, and is waiting for light guns to make their comeback.
Previous post Computex 2019: Intel’s new 10th Gen processors and Project Athena
Next post EA Play will open with Star Wars Jedi: Fallen Order