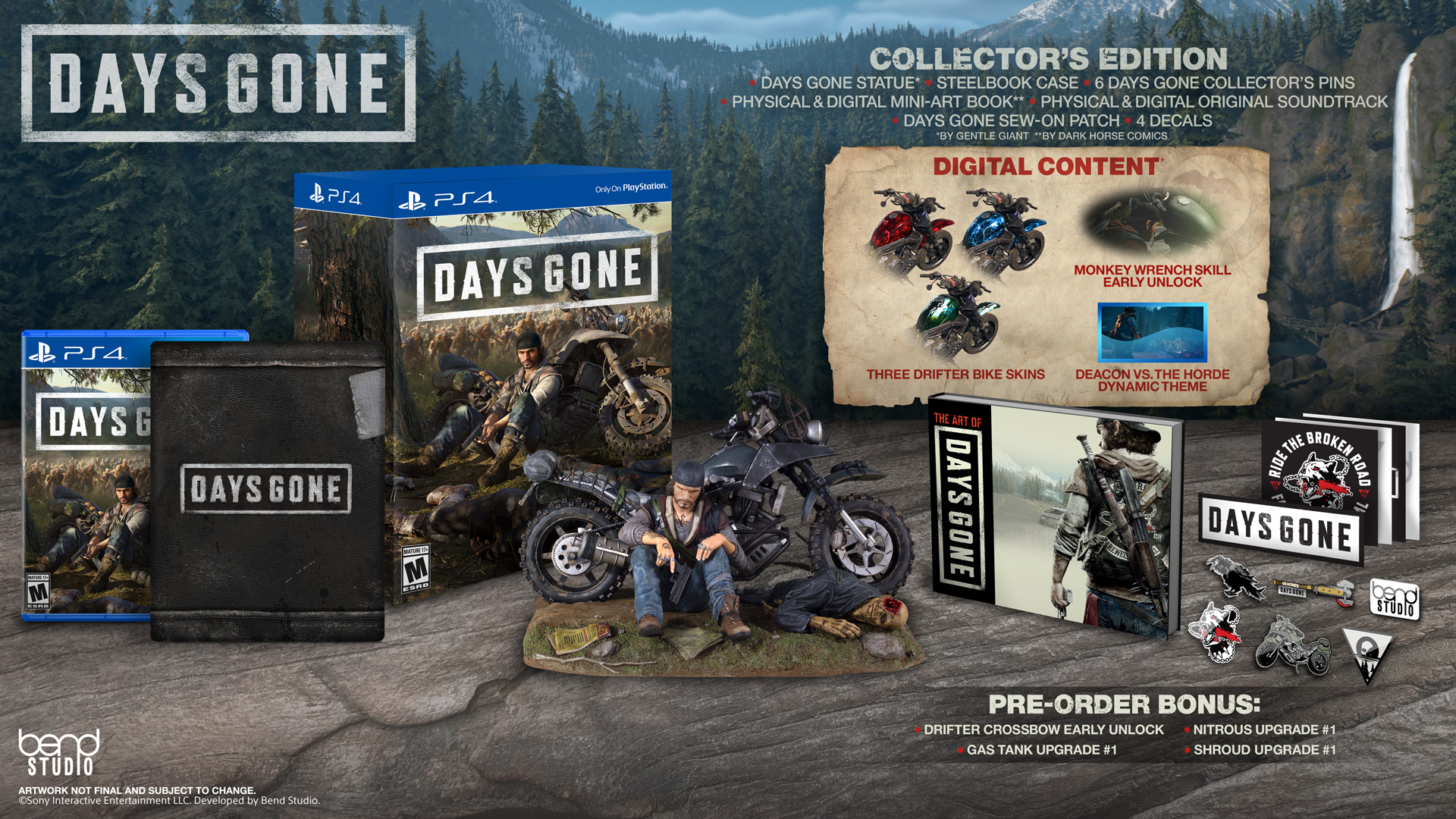 If you’ve already fallen in love with Days Gone then you might want to start saving. Sony announced today the local pricing and availability for various editions of this PlayStation 4 exclusive, including the $219.90 Collector’s Edition pictured above.

The open-world action adventure, a first-party original developed by Bend Studio, depicts the post-apocalypse through the lens of a lone bounty hunter. Our unlikely hero, Deacon St. John, has to battle with both the elements and himself to stay alive — because there’s clearly not much to look forward to when murderous hordes of infected Freakers plague the country.

Together with Deacon’s cool custom bike, you’ll get to roam across the “vast and hostile regions of the Pacific Northwest” known as The Broken Road, made up of forests, deserts, and snow-capped mountains.

Days Gone launches on 26 April (delayed from its initial Feb 2019 announcement) but first, you’ll have to choose which version to get. All prices in SGD.

The extra $18 for the Digital Deluxe gets you digital bonuses such as the soundtrack, a 48-page art book by Dark Horse Comics, a PS4 dynamic theme, and in-game stuff like bike skins and an early unlock for the Monkey Wrench skill.

Coughing up an extra $140 for the Collector’s gets you all of the above (an alternate dynamic theme), as well as physical editions of the soundtrack and art book, a patch, four decals, a set of six pins, and that statue of Deacon with his bike.

If anything, this seems like a great change of environment once you’re done tangoing with the undead up-close in Resident Evil 2.

Ade thinks there's nothing quite like a good game and a snug headcrab. He grew up with HIDEO KOJIMA's Metal Gear Solid, lives for RPGs, and is waiting for light guns to make their comeback.
Previous post The Division 2 drops a series of updates for the story, Dark Zones, and a private beta
Next post WWE Star Ronda Rousey is voicing Sonya Blade in Mortal Kombat 11!