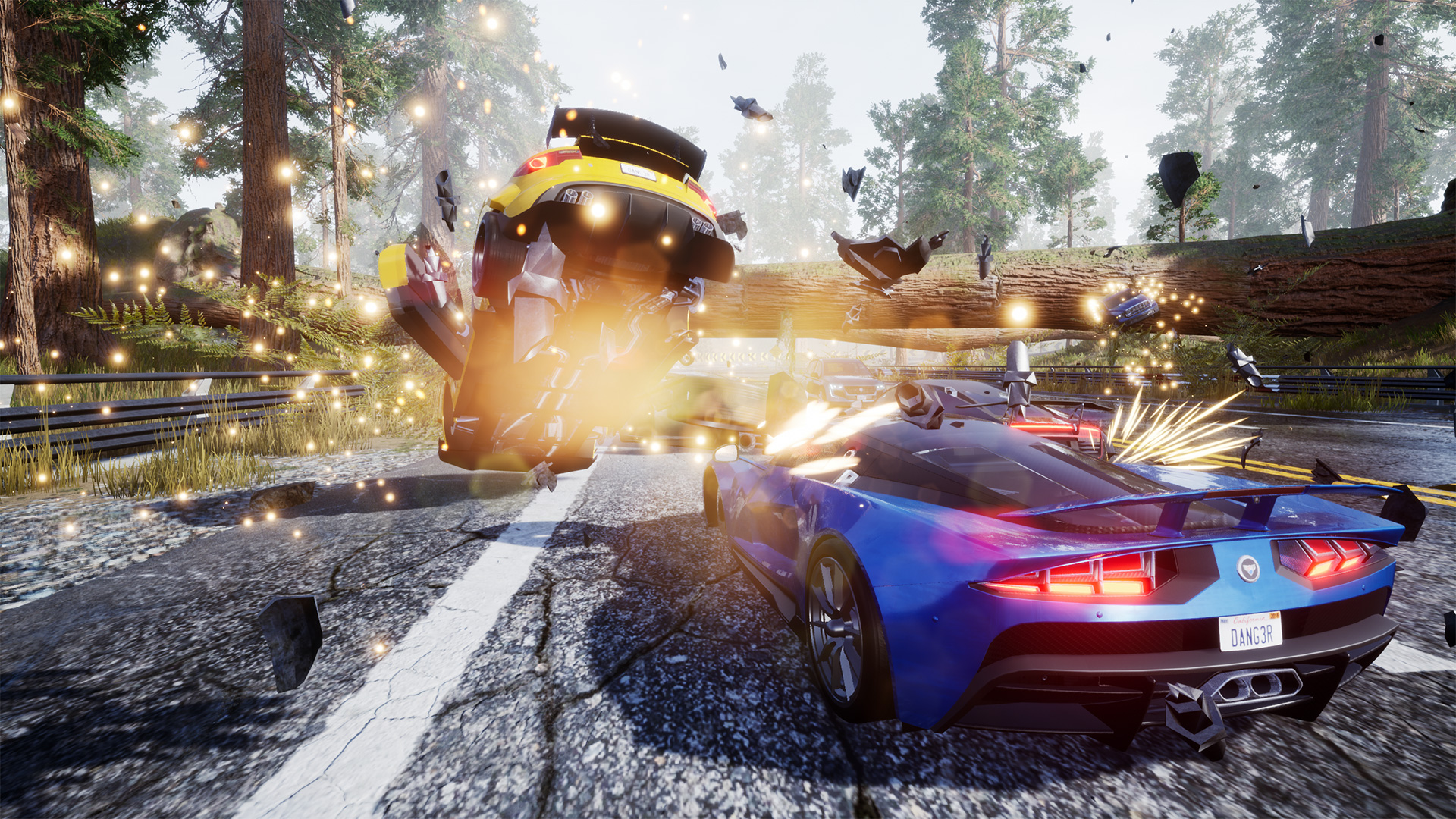 And from the debris it will rise… under a different studio and name. Three Fields Entertainment have announced that Dangerous Driving, the spiritual successor to smash-em-up racer Burnout, is bound for a PC and console release in April.

That “spiritual successor” label has some merit to it, as Three Fields are founded by Alex Ward and Fiona Sperry, the same two who co-founded Burnout studio Criterion Games. Their new and independent outfit are quite fond of ‘danger’ – in their game titles, at least – and they’re selling Dangerous Driving as a revival of ‘80s and ‘90s arcade racing.

It’s more than just an extreme take on bumper cars for adults, though. It has the powerslides, the nitrous boosts, and the slo-mo crashes; it has Takedown Races, Boost Chain Races, and even modes with names like Road Rage and Eliminator, the latter being a last car standing kind of deal.

There will be 30 courses across seven different locations, eight event types, and a progression tree for “aggressive abilities” at launch. You can only race offline against AI opponents, but the studio are patching in online multiplayer within one month of release.

Unfortunately, the developers have found themselves in the crosshairs for boycotting Steam in favor of the new Epic Games Store.

“We have to date published four games on Steam and it was our intention that Dangerous Driving would also feature there,” explained Three Fields in a YouTube comment. “However, we have reached the conclusion that for now at least it is not a viable platform for us. This is not us being anti-Steam as it is clearly a great platform for many. It is purely that, for many reasons (many of which we take responsibility for) our games have just not sold on this platform. This is why we have taken the chance to try something different.”

Dangerous Driving will be out for PC, PlayStation 4, and Xbox One on 9 April. 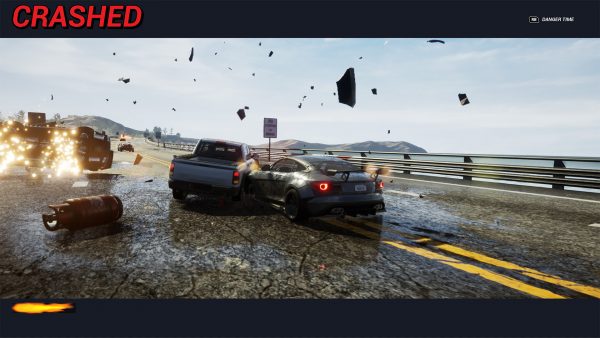 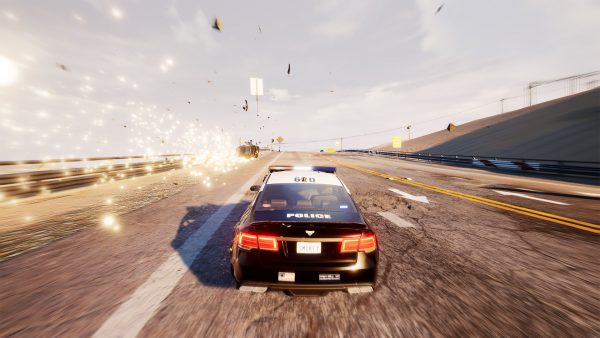 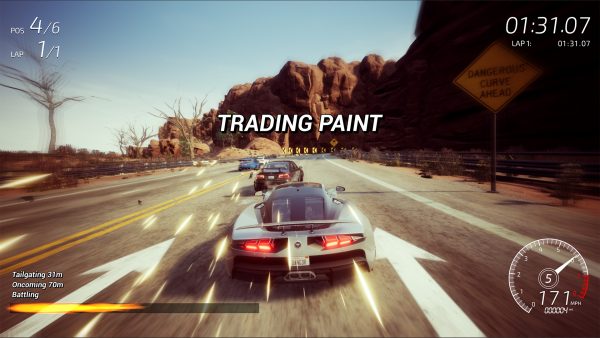 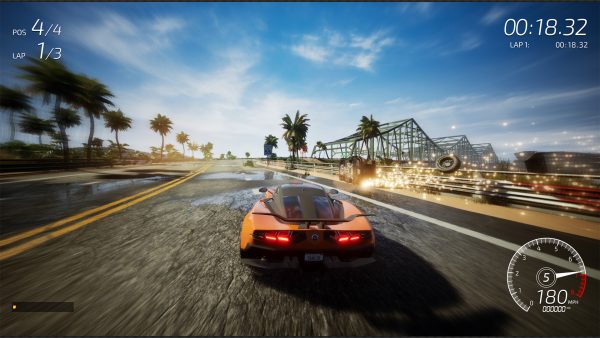 Ade thinks there's nothing quite like a good game and a snug headcrab. He grew up with HIDEO KOJIMA's Metal Gear Solid, lives for RPGs, and is waiting for light guns to make their comeback.
Previous post Dead or Alive 6 stage presentation temporarily pulls Evo Japan stream offline
Next post What is The Umbrella Academy everyone is talking about? Netflix video is here to explain