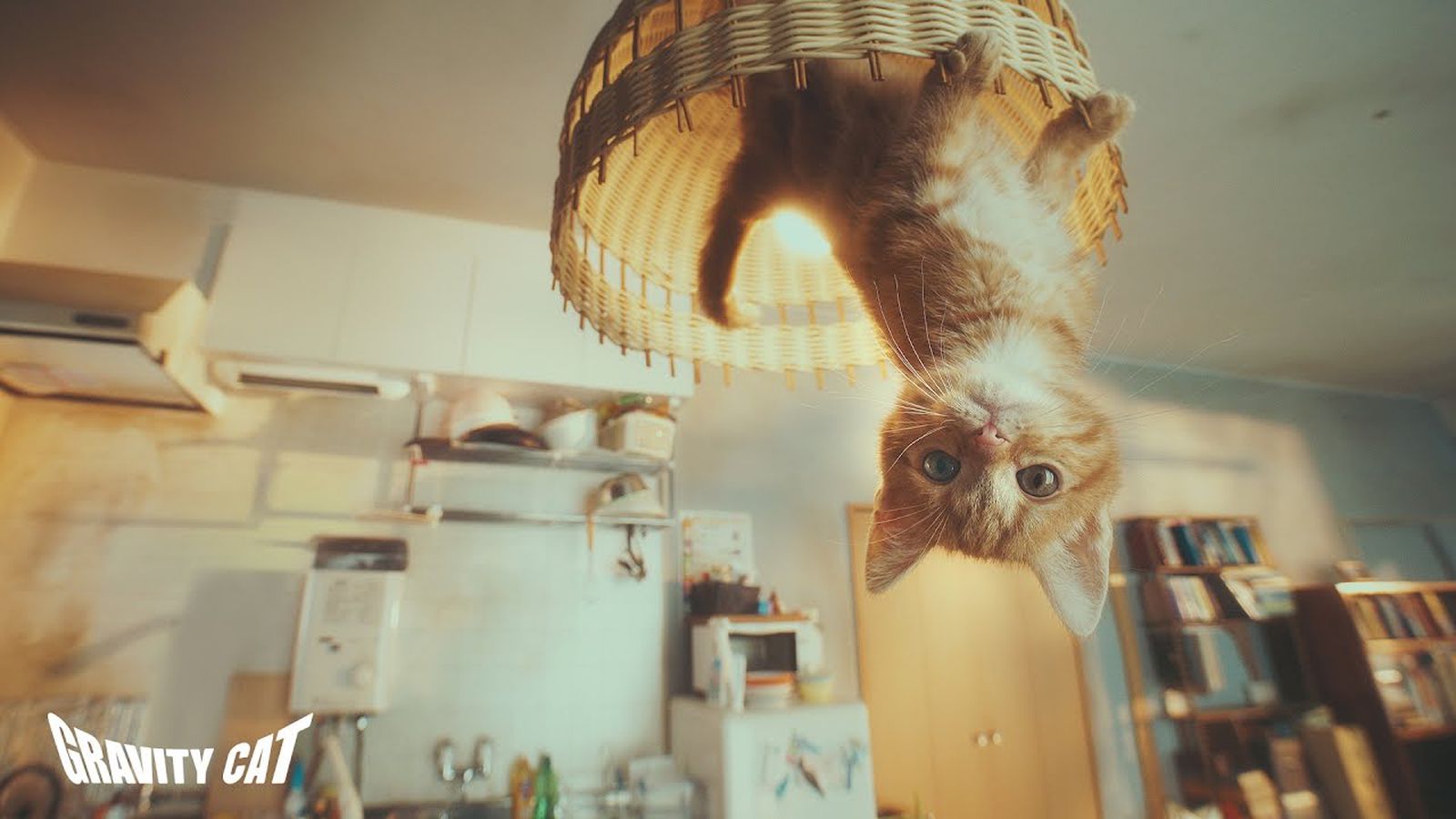 Back in January, PlayStation Japan released a TV commercial for Gravity Daze 2, better known as Gravity Rush 2 in English regions. Titled “Gravity Cat”, the live-action ad recently won accolades at various award shows, including a Gold Pencil at The One Show and two Grand Prizes at New York Festivals 2017 (via Adweek). If you haven’t seen it, here’s why:

Produced by Tokyo agency Hakuhodo Inc. and Tohokushinsha Film Corporation, the commercial scored high marks in the Craft categories at both The One Show and New York Festivals, scoring a total of seven awards at the latter.

And if you had any doubts as to how much crafting went into this, check out the following behind-the-scenes footage:

They literally constructed a rotating set to capture all that gravity-defying action in-camera (remember Christopher Nolan’s Inception?), while also plying an adorable kitten with food and layering the final touches with a healthy dose of chroma keying and CG.

If anything, this is a well-deserved reminder of the gem that is Gravity Rush 2, which we praised for its story, characters, as well as the lovely art and music.

Ade thinks there's nothing quite like a good game and a snug headcrab. He grew up with HIDEO KOJIMA's Metal Gear Solid, lives for RPGs, and is waiting for light guns to make their comeback.
Previous post Cristiano Ronaldo is your FIFA 18 cover star
Next post PlayStation celebrates ‘Days of Play’ with S$399 Gold and Silver PS4 models