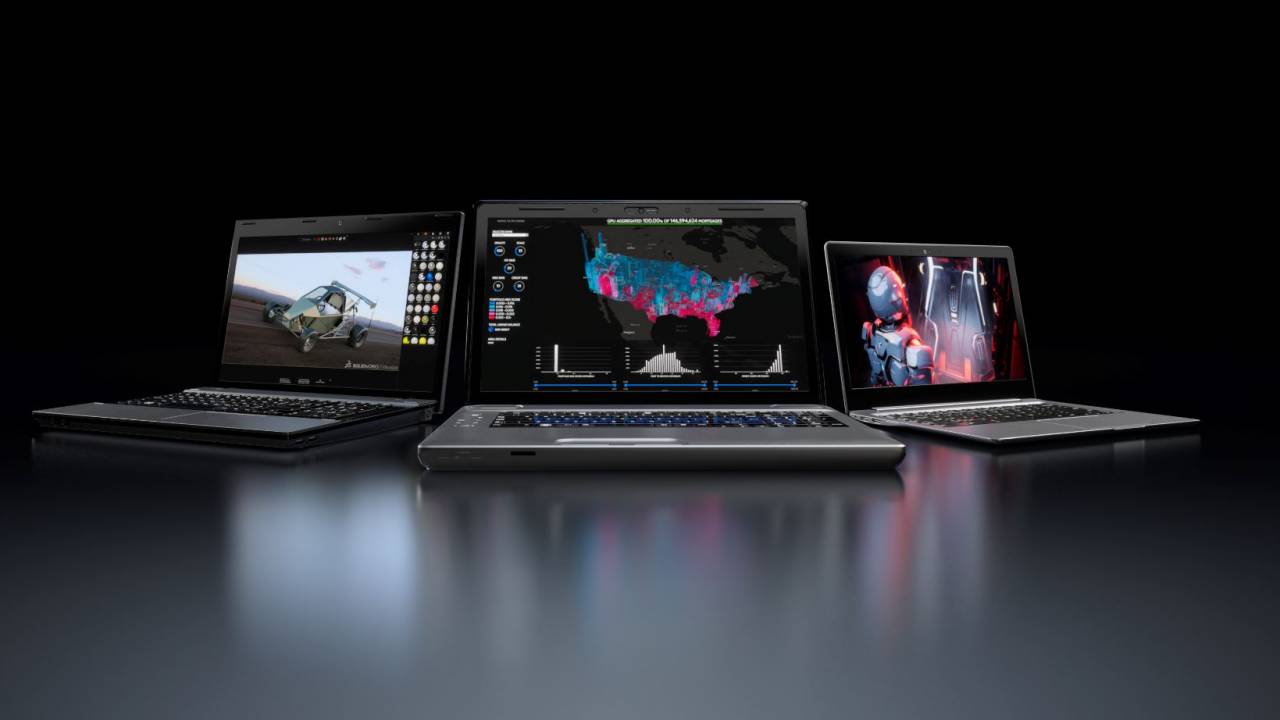 Just like how Star Wars is a household name within sci-fi, so too is NVIDIA when it comes to graphics cards. At the Computex 2019 preview today, the GPU giant has further stepped up its corporate momentum.

They’ve announced that a whopping twenty-five laptops from associated partners will be powered by Turing GPUs. But that’s not the most interesting bit.

Let’s not get ahead of ourselves. Are you familiar with the term ‘RTX Studio‘? Basically, it refers to a new classification of laptops that can outperform a MacBook Pro seven times over! Designed with modern creatives in mind, RTX Studio laptops will allow them to continue pushing boundaries in fields like digital advertising and 3D development.

That’s great, but here’s the punchline: 17 of those 25 models are RTX Studio laptops.

While that in itself is impressive, it also cements NVIDIA as the industry vanguard for graphics cards. But what about the remainder of the group?

Well, they’re no slouch either, comprising of high-end gaming laptops from manufacturers like ASUS and MSI. These high-capacity models can boast upwards of 100 frames per second on some popular games!

To answer that, let’s go over a few technical tidbits for RTX Studio laptops.

Sporting NVIDIA GeForce RTX or Quadro RTX GPUs by default, these powerhouses are specially tailored for anything creative: ray-tracing, AI processing and the like. What’s especially interesting is that those with a Quadro RTX 5000 are the first Max-Q laptops with 16GB of graphics memory. This allows them to accommodate previously unusable 3D models on the go, vastly enhancing productivity and accessibility.

With regards to availability, they’ll be purchasable come June 2019 from top OEMs like Acer, ASUS and Dell. Needless to say, these don’t come cheap too. They’ll cost upwards of US$1,599 (~S$2,199) before factoring in partner designs and other considerations.

Anything else I need to know?

Of course. There were nine new gaming laptops announced at Computex as well, catering to three different genres of gamers.

For those who appreciate high-fidelity graphics and portability, the G-SYNC-enabled models from ASUS, HP and MSI might pique your interest with their silky smooth 120Hz DCI-P3 color displays.

On the performance end, for gamers who value ultra-fast framerates, ASUS, Clevo, Dell and Razer will be showing off their 15.6-inch 240Hz GeForce-powered laptops.

Last but not least, for creatives who game on off days, there are the 4K OLED laptops from ASUS, Clevo, Dell, MSI and Razer. These deliver advanced colour fidelity, excellent performance and true black levels within a lightweight frame. It’s the best of both worlds, although these will probably have a price to match.

I still can’t get over the fact that RTX Studio laptops can outperform a MacBook Pro by such a large margin. Onward and upward, people!

Kenneth is your dedicated jack of all trades gamer and borderline anime nut. When not writing, he likes to wind down with Overwatch, Apex Legends and a bit of Fate: Grand Order on the side.
Previous post Hideo Kojima releases another mysterious Death Stranding teaser
Next post Computex 2019: Wolfenstein: Youngblood joins the ray-tracing games list