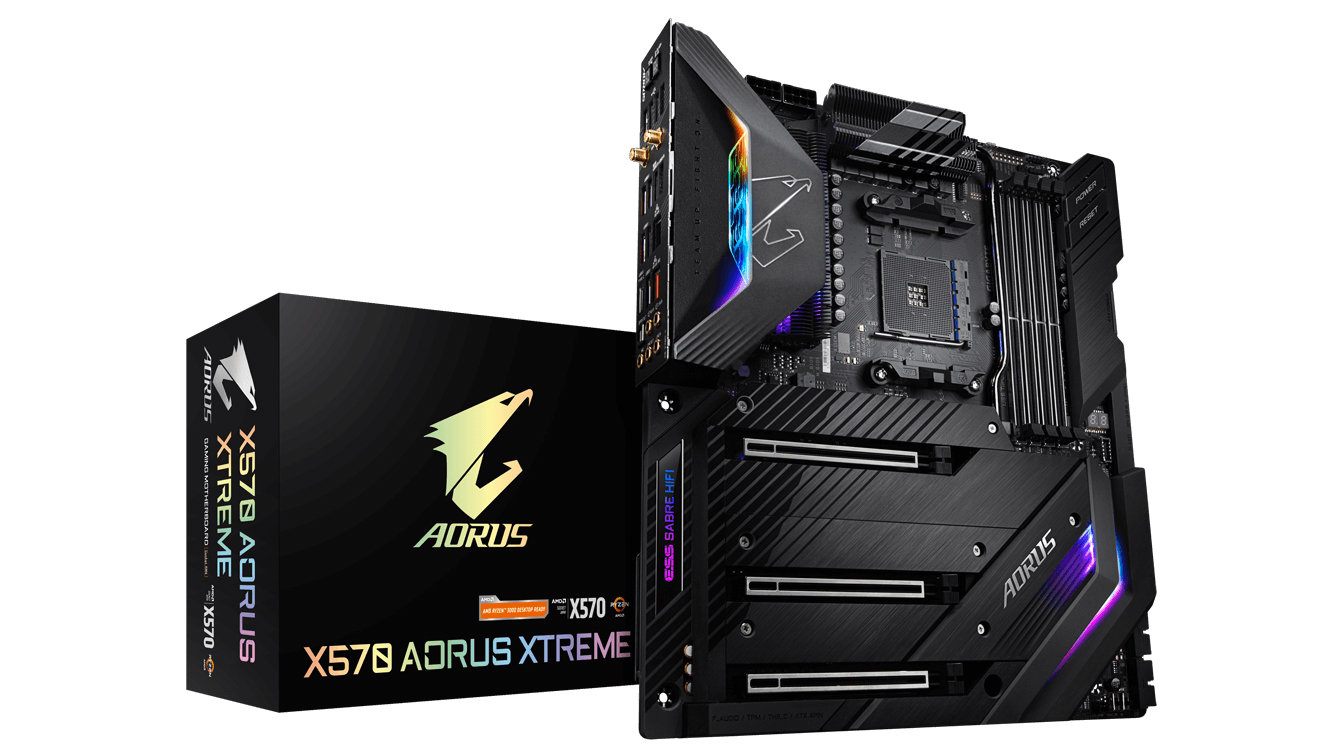 Swooping in on the AMD excitement is the new GIGABYTE AORUS X570 motherboard, the first to support PCIe Gen 4 and the upcoming 3rd Gen Ryzen processors.

The AORUS X570 comes in both XTREME and MASTER variants. The XTREME flagship is outfitted with a world-first 16-phase direct digital power design, capable of reaching a total of 1120A (70A per phase) for unmatched power delivery and greater efficiency. It also sports GIGABYTE’s 2X copper PCB design to better handle any increased power loads from overclocking. 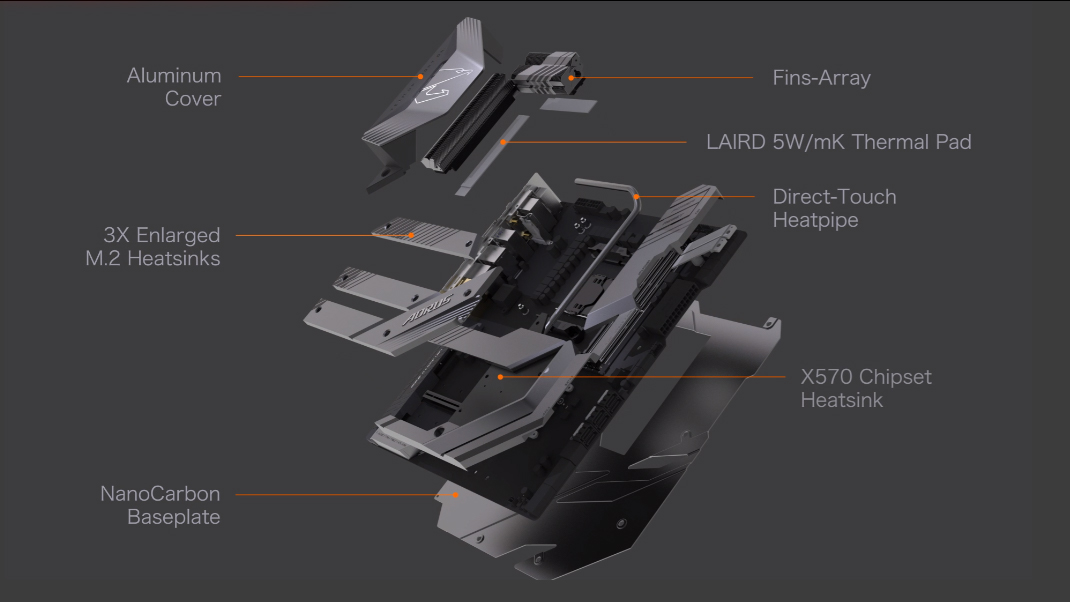 With great power comes a greater need for cooling, and so we’re getting an all-new thermal design on the AORUS X570 XTREME. There’s a full aluminium Fins-Array heatsink for a much larger heat dissipation surface, a 1.5mm thicker thermal conductivity pad that can transfer more heat, 3 large M.2 Thermal Guard heatsinks to prevent performance throttling, and Direct-Touch heatpipes connected to both the Fins-Array and chipset heatsinks. There’s more to this new ‘AORUS Thermal Reactive Armor’ but in all, they claim a temperature reduction of up to 33 degrees! 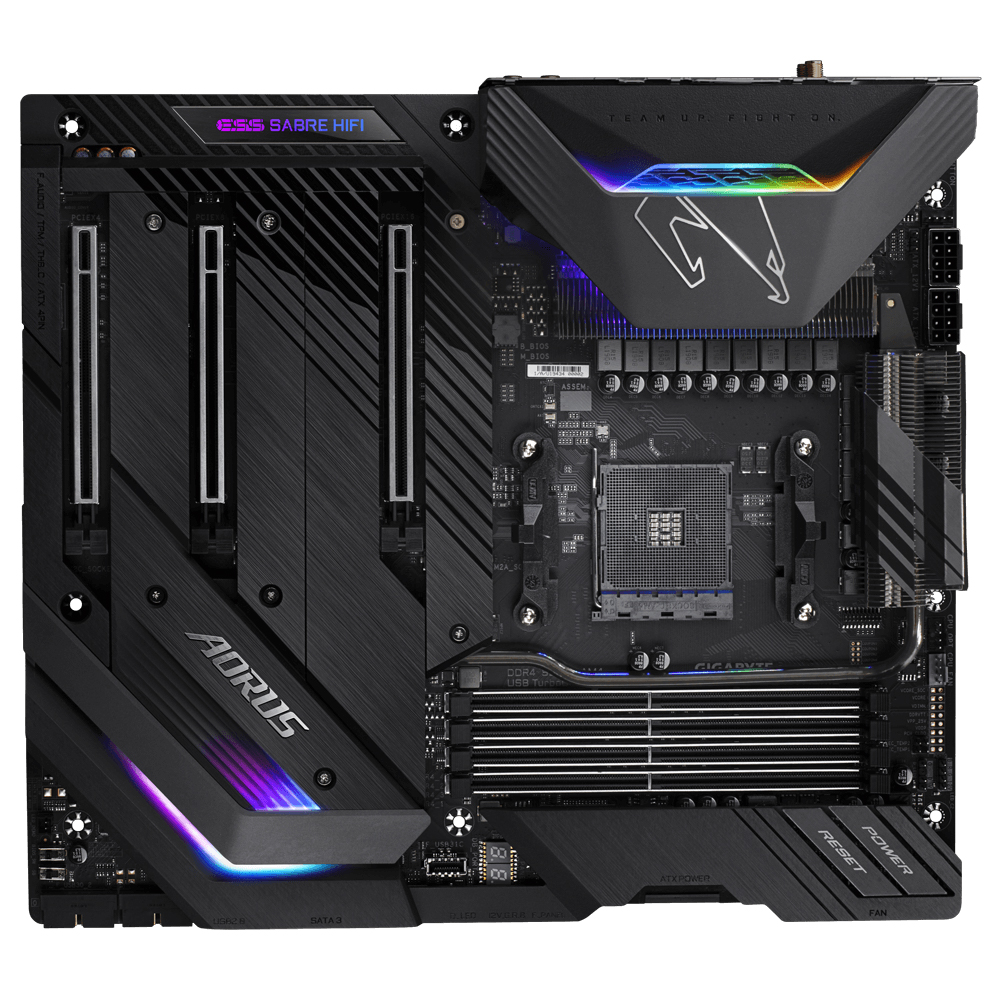 Other highlights include an ESS 9218 Sabre DAC supported by high-end components such as audiophile grade capacitors, oscillators, and gold-plated audio jacks for great audio performance. There’s also AORUS’ new redesigned BIOS to consider: there’s a new temperature sensor for CPU and VRM, a new memory speed option, and user-friendly improvements made to its advanced mode. Not forgetting the usual RGB tuning options, pegged to their somewhat recent RGB Fusion 2.0.

Ade thinks there's nothing quite like a good game and a snug headcrab. He grew up with HIDEO KOJIMA's Metal Gear Solid, lives for RPGs, and is waiting for light guns to make their comeback.
Previous post Quake II RTX is a free remaster with ray tracing support
Next post Computex 2019: GIGABYTE unveils redesigned Aero 15, new Aero 17 notebooks

Review — Sword Art Online: Fatal Bullet is the best in the series, but it still has a long way to go