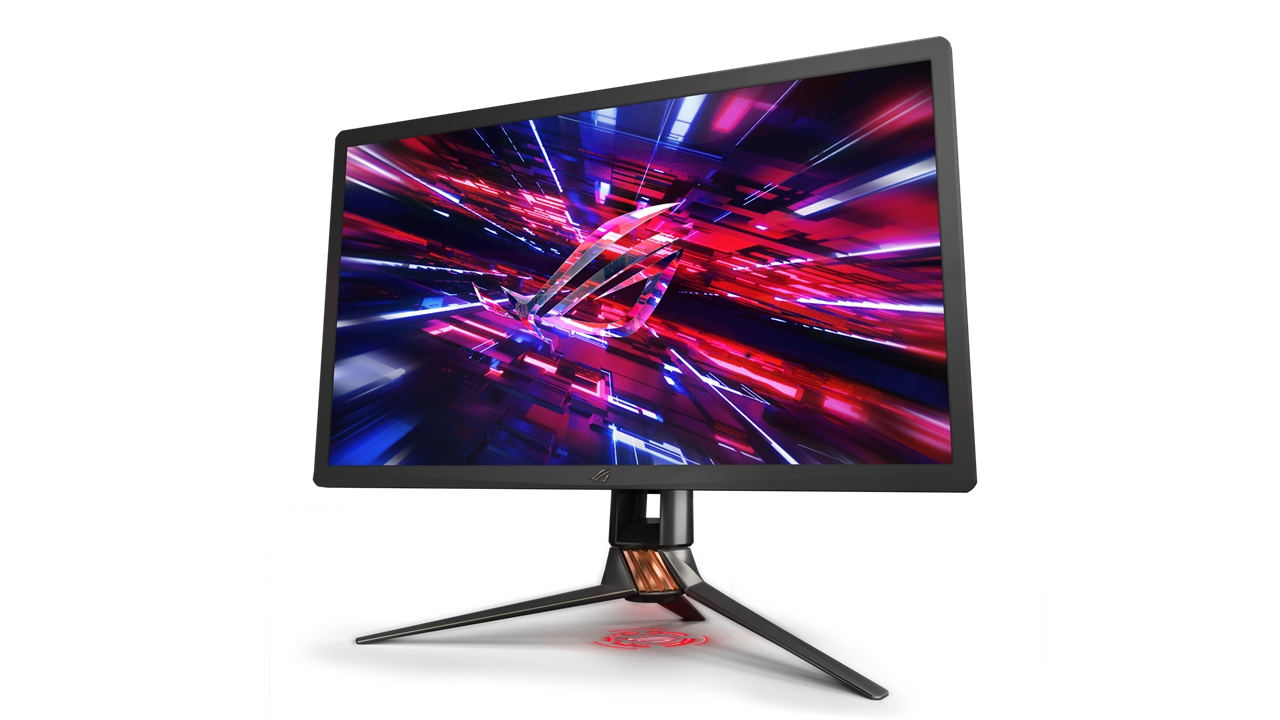 Computex 2019 may be wrapping up soon, but the firefight is still going strong.

Fire in the hole!

ASUS ROG have primed another nuke, a sleek gaming monitor that’s the first to feature G-SYNC Ultimate HDR. Engineered with state-of-the-art mini-LEDs, the ROG Swift PG27UQX packs over 2,000 of these little gems within its 27-inch display. Although these mini-LEDs are smaller than regular ones, their diminutive size means more can be packed together. To be precise, there are 2,304 mini-LEDs spread across an equally amazing 576 separate lighting zones!

The higher total density of LEDs pays threefold dividends: enhanced backlight uniformity, increased granularity of the screen’s brightness controls and a 33% reduced “distracting halo”. For the unfamiliar, this is a phenomenon where light bleeds around bright points on the display.

Taking on the mantle

On top of that, the PG27UQX inherits the key features of its basic counterpart, the Swift PG27UQ.

Aside from the extra “X” in the name, the PG27UQX ships with all that the original has to offer, and more: an overclockable 144Hz refresh rate, quantum-dot technology, wide DCI-P3 97% and Adobe RGB 99% colour gamut, 1,000 nits peak brightness, DisplayHDR 1000 compliance, NVIDIA G-SYNC Ultimate functionality and integrated Aura RGB illumination with Aura Sync support. The 144Hz refresh rate is great for gamers, since this works with G-SYNC Ultimate to eliminate tearing and input lag.

Lastly, nobody likes noise, so ASUS ROG have introduced smart controls for the monitor’s fans. This means that gamers can precisely tailor fan speeds via the display.

With all that said, there’s still no word on pricing yet, but we’ll keep you posted. In the meantime, why not check out our other Computex 2019 articles?

Kenneth is your dedicated jack of all trades gamer and borderline anime nut. When not writing, he likes to wind down with Overwatch, Apex Legends and a bit of Fate: Grand Order on the side.
Previous post Review – Godzilla: King of the Monsters is an earth-shattering delight
Next post Computex 2019: Intel’s new 10th Gen processors and Project Athena