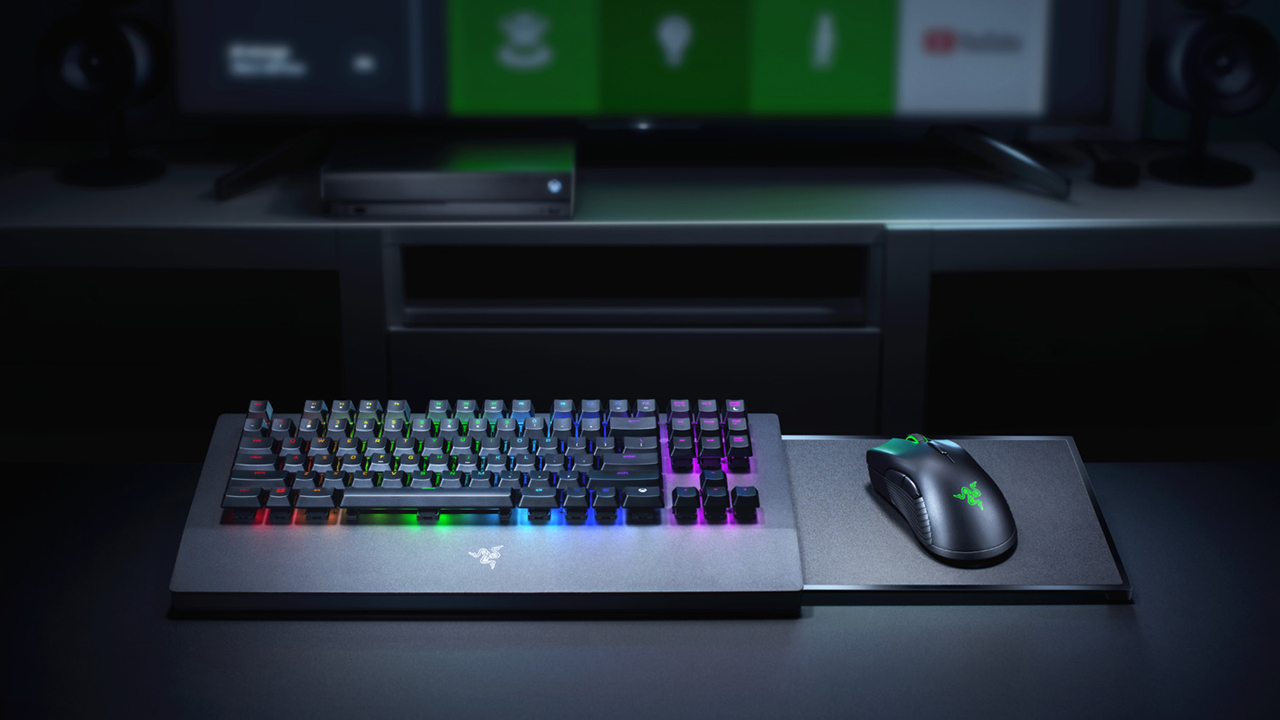 Remember when Microsoft announced keyboard and mouse support for the Xbox One, saying they’ve partnered with Razer to get “best-in-class hardware” for the console? Well, that time has come.

The Turret for Xbox One is the first official, wireless mouse and keyboard combo for the stout system. It’s a mechanical tenkeyless board sporting Razer switches and a dedicated Xbox One dashboard key, paired to a mouse modelled after the Razer Mamba Wireless. There’s a retractable, hard-surfaced mouse pad — approximately 210 mm wide — built into the keyboard, while a fixed wrist rest extends from the base. 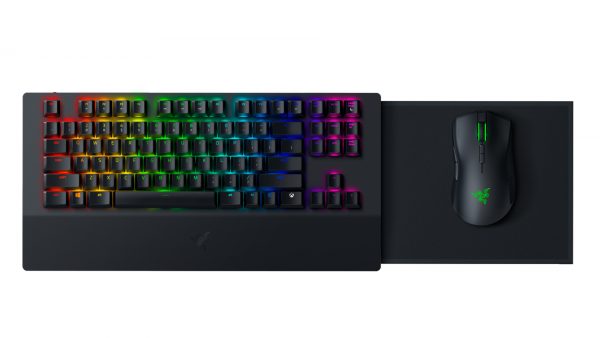 Everything connects to the Xbox One through a single, 2.4 GHz wireless dongle (2 meter cable included), with battery lives of up to 43 hours and 50 hours for the keyboard and mouse respectively. That’s with all the fancy lighting options disabled, though, which in this case is the usual Razer Chroma and the new Xbox Dynamic Lighting system. Turn them on and those numbers drop to a reasonable 11 and 30 hours.

At this point I should stress that this thing is called Turret for Xbox One — the whole she-bang. You don’t want to confuse it with the Razer Turret, a living room “lapboard” system that already exists.

Like your Xbox Play Anywhere games, this console Turret is compatible with your PC too, so dropping an eye-watering US$249.99 (S$338) on this thing will hurt just a bit less. You may get a better look at the technical specs and such at the product page. 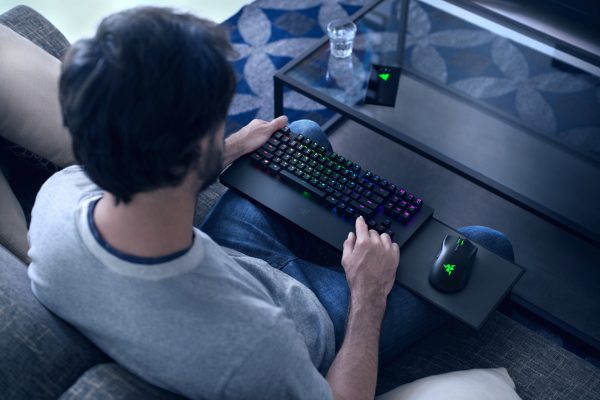 Of course he has a Razer Phone 2.

You don’t have to buy this system, of course — Xbox One’s keyboard and mouse support should work with most peripherals out there, and Razer acknowledged this last year by saying they’ve got “over 50 keyboards and mice” for you to pick from.

How well they perform in games is a different matter entirely, as there were some teething issues with first-wave titles such as Warframe. It’s not so much a hardware issue as it is a software one, yet that hasn’t stopped more developers from getting in on the action.

22 Xbox One games with keyboard and mouse support

If you’re tired of being a space-ninja in Warframe then here are all of the other supported titles, their reveals unjustly tucked alongside Razer’s Turret for Xbox One product drop.

That’s six games with “war” in it!

Once again, it’ll be up to each developer to see how best they should approach keyboard and mouse support for their games, with Xbox providing options to segregate the two control schemes if desired. While there are legitimate concerns over competitive fairness, there’s also the fact that this opens up greater accessibility options — we tend to take our dexterous gaming hands for granted, sometimes.

In any case, there are loads more flowing out of CES 2019 so hold your wallet close.

Ade thinks there's nothing quite like a good game and a snug headcrab. He grew up with HIDEO KOJIMA's Metal Gear Solid, lives for RPGs, and is waiting for light guns to make their comeback.
Previous post CES 2019: Razer chimes in with its new Tomahawk and Tomahawk Elite PC chassis
Next post CES 2019: AMD’s answer to NVIDIA’s RTX gaming cards is the AMD Radeon VII