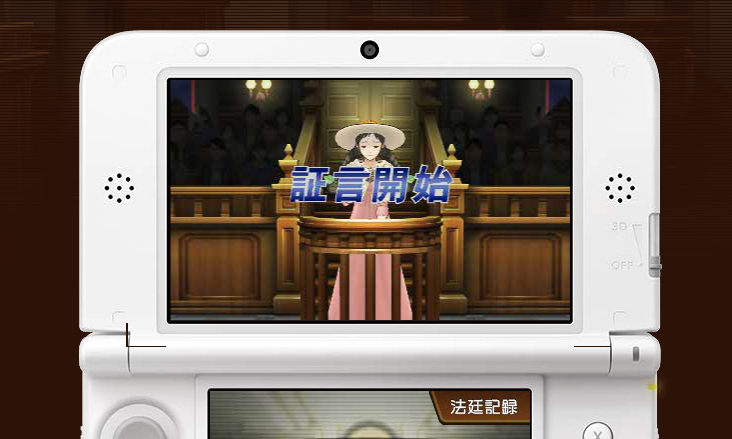 And if you are fluent in Japanese, hey, go on ahead. The first trial… trial is on the official website.

Again, it’s the upcoming Gyakuten Saiban 5 aka. Phoenix Wright, all in Japanese, and you’ll face a virtual 3DS LL for that widescreen goodness. Several familiar characters will be present for you to squeal over, while other characters you’ve seen from the trailer Capcom has provided. Through the non-3D 3DS’s magic of touch, you control the game, naturally with the mouse on the bottom touchscreen, with the big button for text progression and the one on the left corner, your Court Records, as new evidence comes in, not forgetting the Igiari! (Objection!) button.

Game details and content are subject to change, says the disclaimer at the bottom. The game is due for a release in Japan on July 25th, with no Western localisation or release announced yet.