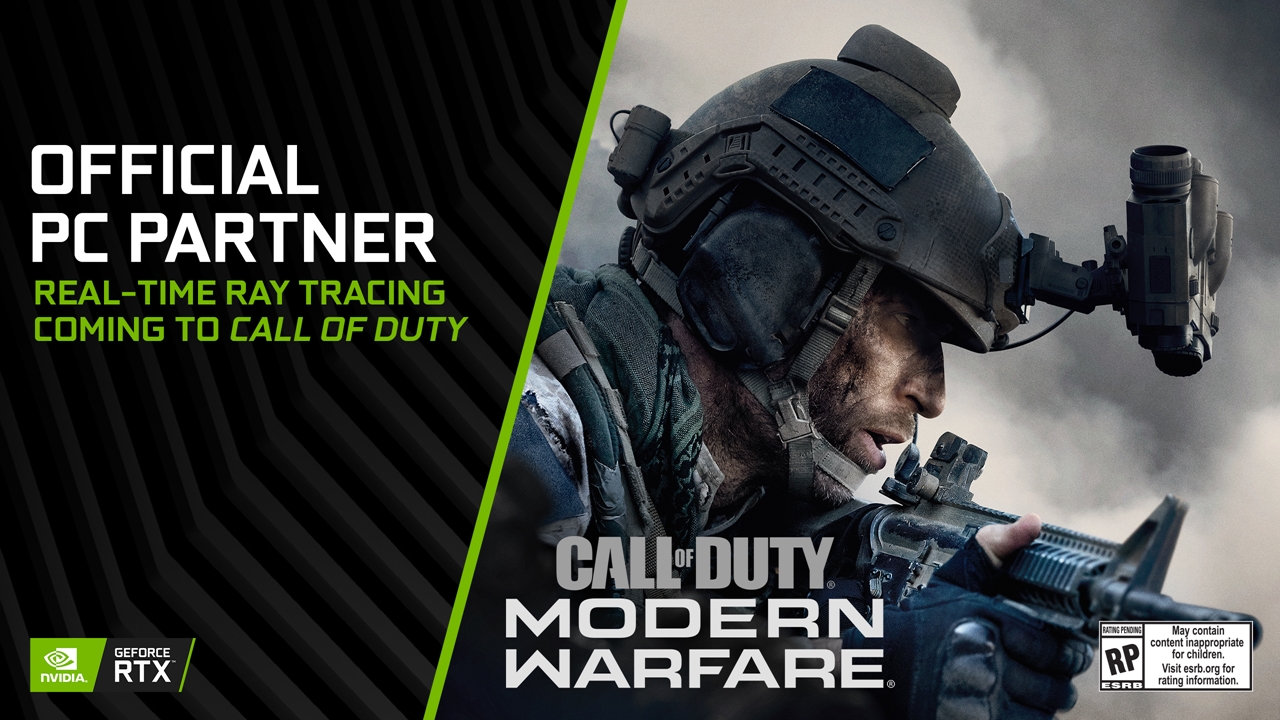 Grab your guns and your jungle hats, muppets, because Task Force 141 is back in business. Following up on the hype for Call of Duty: Modern Warfare, NVIDIA has proudly announced that the series reboot will feature ray-tracing support!

Remind me what ray-tracing is again?

For those who aren’t familiar, ray-tracing may sound awfully complicated but it’s actually a pretty simple concept.

Basically, ray-tracing is an image-rendering technique that traces the path of light rays in real-time and simulates their interaction with virtual objects. It’s becoming increasingly popular and many developers, not just Infinity Ward, have begun to incorporate the technique into their games. The latest Battlefield, Tomb Raider and Wolfenstein games have already done so, and it now seems that Modern Warfare is joining the fray too. It makes sense, since the reboot involves a huge graphical update to bring the series back to its cinematic roots.

With all that said, ray-tracing is just one piece of the pie. The multi-pronged collaborative effort between NVIDIA and Infinity Ward brings not just DirectX Raytracing (DXR) to the game, but also the former’s new Adaptive Shading technology. We’ve already discussed DXR above, but do take not that it only runs on NVIDIA Turing, Pascal and Volta architecture GPUs, so make sure to double-check your rig.

As for Adaptive Shading, it works by adjusting the rate at which portions of the screen are shaded to greatly reduce the load on the GPU. In turn, this results in unprecedented levels of visual fidelity and performance, without fear of compromising on image quality.

So… what the hell kind of name is ‘Soap’?

Excuse me as I wipe away a tear. That brings back a lot.

With all the attention its getting, the Modern Warfare reboot is shaping up to be an overdue showstopper. But can Infinity Ward make it as memorable as the original, nearly 12 years after the original Call of Duty 4: Modern Warfare?

One can only hope.

Call of Duty: Modern Warfare releases worldwide on October 25th for  PC, PlayStation 4 and Xbox One.

Kenneth is your dedicated jack of all trades gamer and borderline anime nut. When not writing, he likes to wind down with Overwatch, Apex Legends and a bit of Fate: Grand Order on the side.
Previous post Persona 5 Royal has a new Kasumi trailer and a limited ‘Straight Flush’ edition
Next post Tune in to the MSC 2019 tournament this June 19-23