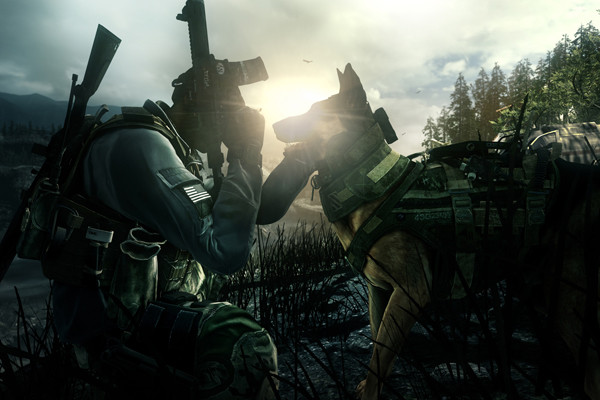 Let’s face it, we’re just here for the Call of Duty dog.

Getting the ball rolling with a pre-E3 event, Activision and Infinity Ward showed off two missions from their upcoming Call of Duty: Ghosts. The first takes place underwater (look, fish) while the second starts with Riley the dog attacking some poor sod. They’re heavily scripted sequences as usual, but should serve the fans with enough next-gen teasing. Nothing on the multiplayer portion, but if you do watch the entire show there’s a developer segment which has the four-legged hero in a motion capture suit.

Call of Duty: Ghosts will be out for PC and both current and next-gen consoles in November this year.

Ade thinks there's nothing quite like a good game and a snug headcrab. He grew up with HIDEO KOJIMA's Metal Gear Solid, lives for RPGs, and is waiting for light guns to make their comeback.
Previous post WWDC And E3: Where To Watch What
Next post E3 2013: World of Tanks Rumbles Over To The Xbox 360