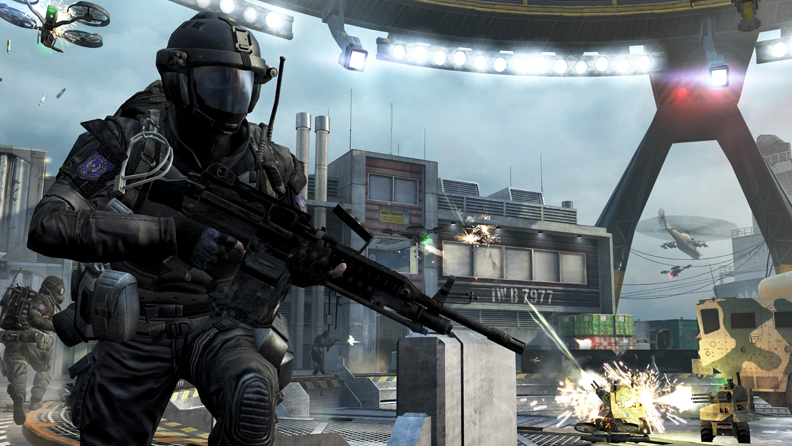 We think complaints that Call of Duty games are one and the same are set to die quick deaths once the game launches on November 13 this year.

Simply because the Strike Force mode in Black Ops II is a downright amazing innovation. The mission demonstrated to us was set in Singapore (plus point already!) in the year 2025. Your team is dropped into a port so they can hack into three consoles for guided missiles access.

Instead of having you join in the bloodshed on the frontline, Activision puts you on the backburner and arms you with control over the map.

“You control the battlefield,” was how the game mode was described to us. Via an overview of the map, we were able to guide our team as well as select what gadgets and machines we wanted to take control of. You’d also be able to switch out of the machine’s view and go back to first-person combat.

Black Ops II is also introducing the CODcast mode for shoutcasters. A variety of features built into the game’s CODcast menu are going to take Black Ops II one step further into the world of competitive gaming. Picture-in-picture, map view, score panel and a variety of display options are just some of the features that will be available to shoutcasters. We were shown a live demo of the CODcast mode, and are pleased to report it more than acceptable.

Gamers used to listening in on team chat will also be able to choose between eavesdropping on players or tuning in to the shoutcaster alone. Publishers Treyarch are also introducing Leagues, which offer skill-based matchmaking and seasonal ladders. Similar to StarCraft II‘s ladder system, players will have to play a small number of matches to get their skill rating before being ranked in divisions.

Call of Duty has a lot of catching up to do in the realm of eSports, but the CODcaster looks like it’ll give it a head start.