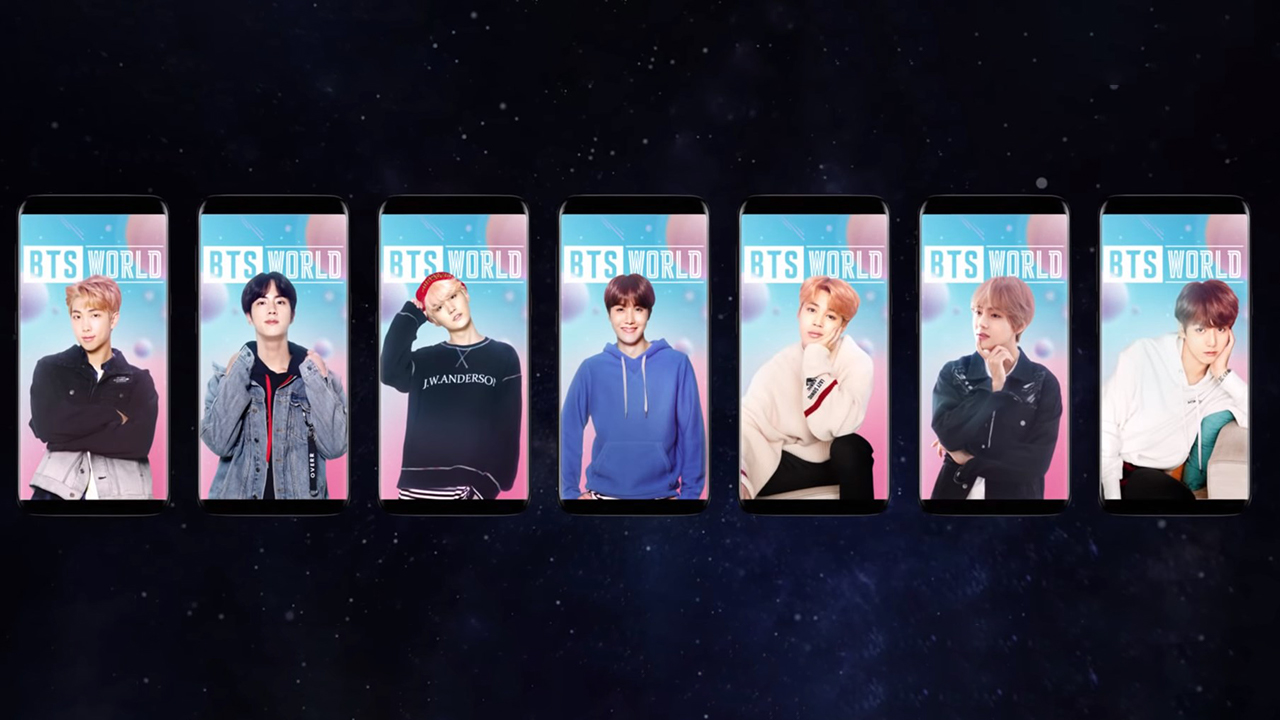 The world of videogames and K-pop rarely, if ever, intersect. However, K-pop is absolutely massive at this point, with bands like BTS and Blackpink having achieved a level of success that only grows year by year. So really, it was just a matter of time before we got a game out of it.

BTS World takes players back to the beginning of BTS’ journey. Like most other idol games you play as their manager and are tasked with fostering the group’s rapid climb to success. You’ll encounter various missions and make use of ‘BTS cards’ to progress, expanding your collection and even upgrading them throughout the game.

An example of these missions is having to find a dorm for the band to stay in. What makes things complicated is that each member has a separate demand, such as wanting to stay near a convenience store or wanting a big kitchen. You’ll have to pull on those managerial gloves and find a good compromise.

You’ll also get to communicate with BTS members one-on-one for portions of the game, somewhat like a visual novel. What might really excite BTS fans is that this game is reported to have more than 100 clips and 10,000 pictures of the band, as well as original music by the BTS sub-unit Jin, Jimin and Jung Kook.

BTS World will be released worldwide on iOS and Android on June 25 as a free-to-play title. In the meantime, you can register for the game and even play a demo on the site.

Try it out and Love Yourself, eh? No? Alright, that was pretty bad.