Borderlands 3 confirmed! Here’s all we know 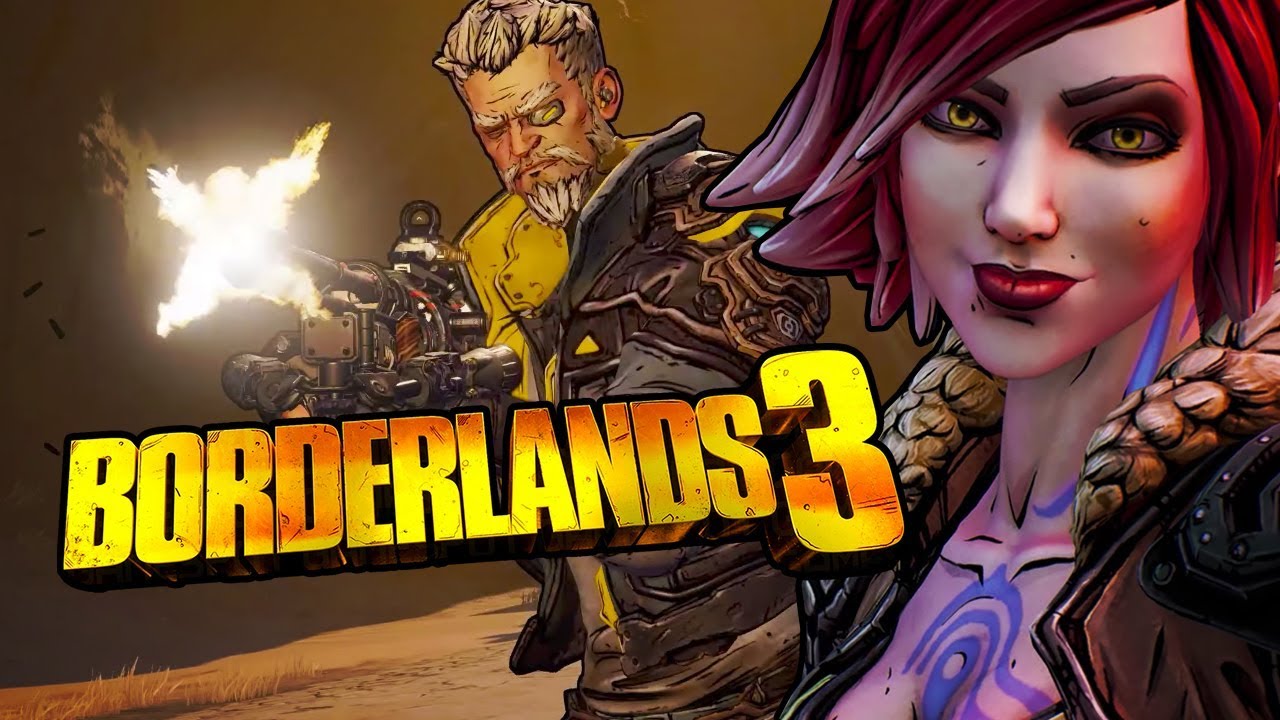 Seven years. For seven years we have been waiting, hoping for some shred of Borderlands 3, and today that wait has ended.

(…Okay, fine, Diablo and Kingdom Hearts players had it a lot worse — hats off to you! — but seven years is still a pretty long time.)

Concrete evidence about Borderlands 3 has been slowly coming in bits in pieces over the years. The most well-established fan theory proposed that the new adventure is set after the events of Borderlands 2, on a planet called Promethea. Among other things, it also states that resident Vault expert, Dr. Patricia Tannis, is not what she appears to be.

Yeah, I guess the crazy scientist does give off an odd vibe. When she’s not talking to chairs, that is.

Anyway, the hype train departed after 2K released this “Mask of Mayhem” teaser yesterday. It’s still worth a look:

It’s pretty short, but you should be able to make out some familiar silhouettes. There’s Brick, Mordecai, Sir Hammerlock, and the ever-prominent Psycho mascot, just to name a few.

Then, at 2AM SGT this morning (Mar 29), they did it. Among the other bits of Borderlands news down below, we finally got confirmation for the big number three!

During a PAX East livestream, Gearbox Software rewarded our patience with a beautiful 4K trailer for Borderlands 3. Alongside a flurry of familiar faces, it shows off a ton of new stuff as well: the antagonists, Vault Hunters, environments, vehicles and most importantly, over a billion new guns!

My word. We have a lot to discuss. However, most of them are going to be about how Maya looks absolutely gorgeous with long hair. On top of that, she’s rocking that whole Siren-wizard look too! 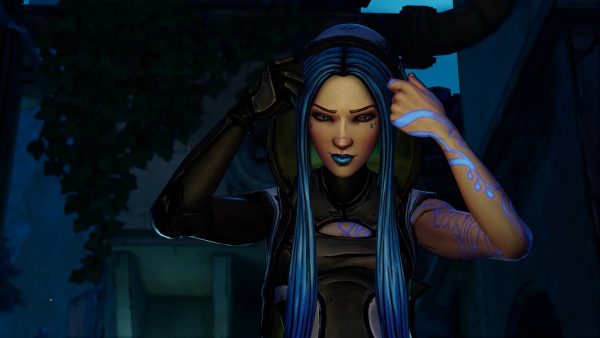 Looking good, girl! Well then, let’s kick off with a look at our new antagonists.

The Children of the Vault 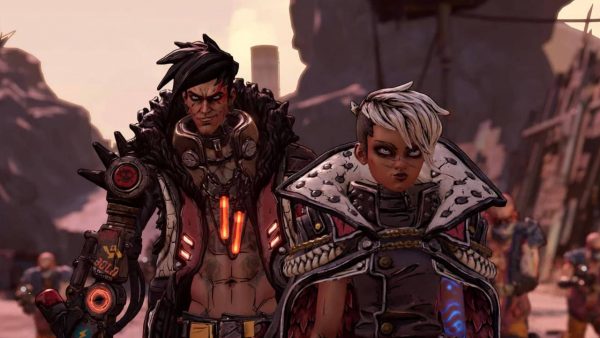 Meet Troy and Tyreen Calypso, leaders of the Children of the Vault bandit clan. We don’t know much about them or their intentions yet, but Tyreen is obviously a Siren. As for Troy, he just looks like your regular roughneck bandit, complete with ’80s hairdo and improvised cyborg arm. It’s also interesting to note that Tyreen’s Siren powers might be able to steal or cancel those of other Sirens. Check out this frame from the video! 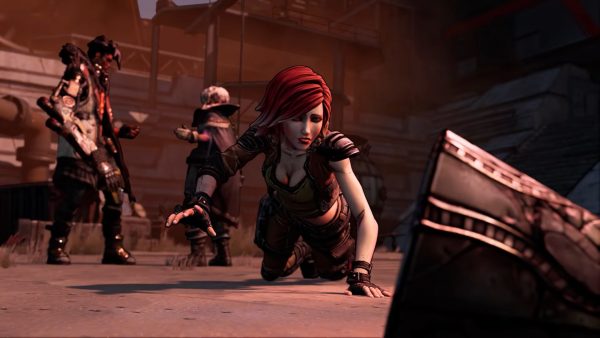 Hmm… Even when they’re not using their powers, Siren tattoos are still visible on their skin. However, Lilith’s tattoos have completely disappeared! Does that mean she’s lost them, or worse still, had them stolen from her? Oh, man. There are so many unanswered questions, but I guess we’ll just have to be patient here. In any case, let’s move on to our four new Vault Hunters! 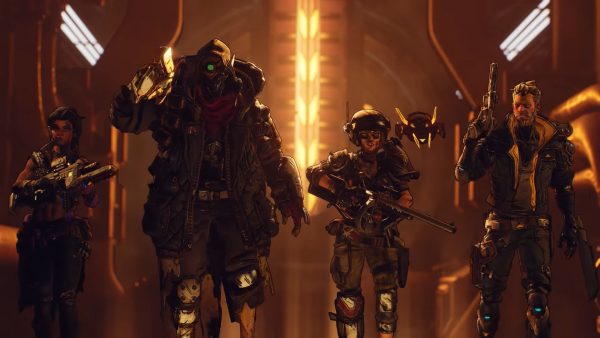 Well, hello there. Let’s introduce everyone, shall we?

Over on the extreme left we have the new still-unnamed Siren, whose powers include an Asura form (multi-armed war deities). Next in line is the hulking robot dude. Flak the Beast Master controls one of three powerful pets in battle and is part of the Hunter class. The third Vault Hunter is Moze the Bot Jock. She’s in the Soldier class, specialising in drones, turrets and other tech-based toys. Last but not least we have the Zane the Operative. He appears to possess a decoy skill, making him similar to Zero from Borderlands 2. Naturally, he falls into the Assassin class.

The new characters are cool for sure, but what fans cheered the most during the livestream were the return of existing characters. The trailer not only shows them decked out and ready to fight, it also mentions them joining the players in saving the world. Question is: will they be NPCs or will we actually get them as playable characters alongside the 4 new ones? I hope it’s the latter. As of now, some of returning characters we see include Brick, Mordecai, Lilith, Maya, Tiny Tina, Rhys, Sir Hammerlock, and of course, Claptrap, because obviously Borderlands isn’t Borderlands without him. 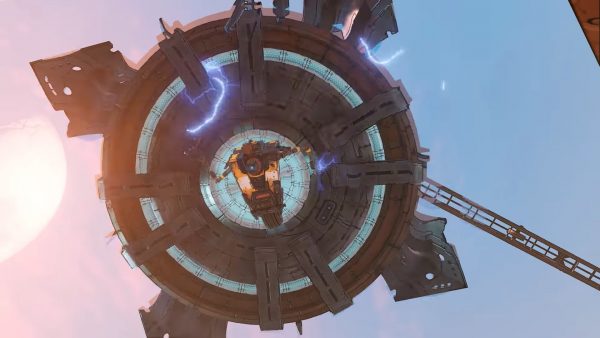 Environment-wise, Borderlands 3 follows closely in its predecessors’ footsteps, in the distinctive cel-shading art style we all know and love. There’s a little bit of everything this time. We see the usual Pandora-style shacks and makeshift structures, alongside the flashy skyscrapers and hi-tech robots reminiscent of The Pre-Sequel. Maybe that’s because we’re travelling not just to different districts, but different worlds entirely! 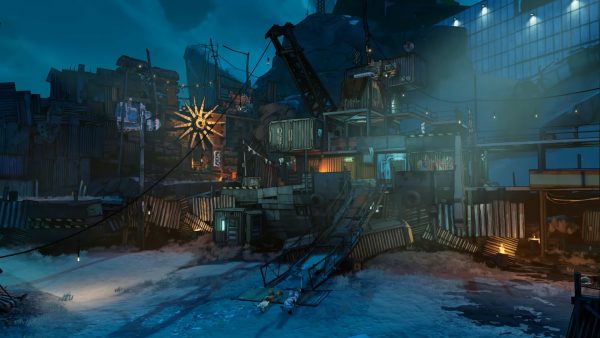 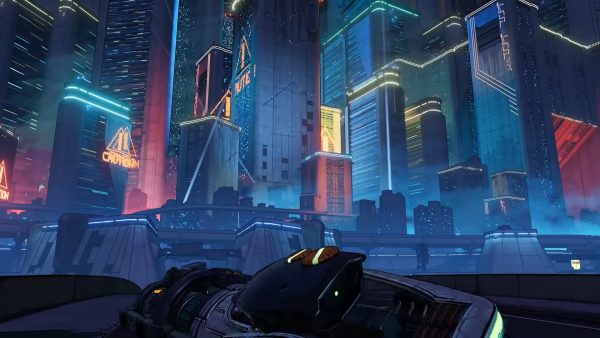 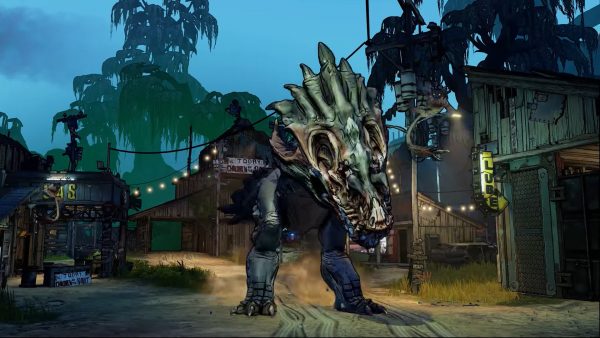 Borderlands 3 wasn’t the only thing Gearbox unveiled during the livestream. They announced three other things: a remastered Borderlands: Game of the Year for PC, PS4, and Xbox One on April 4; a free Ultra HD texture pack for The Handsome Collection (consoles only), and also free inclusion of all DLC packages for Borderlands 2 VR this summer!

Here are the trailers:

CEO Randy Pitchford also showed off his usual cheeky antics, plus an all-new upcoming board game based on the Borderlands franchise! Titled “Tiny Tina’s Robot Tea Party”, players have to complete their Claptrap robot before other players do. Heh. If only it was that straightforward. Using the various action cards within the 50-card deck, players can either expedite their Claptrap’s construction, or sabotage others. To add on to the mayhem, there are also different iterations of our beloved (or hated) yellow robot for players to construct, such as the monocle-sporting Gentleman Claptrap or the eyepatch-wearing Pirate Claptrap.

The board game hasn’t been officially released, so for now it remains a PAX East exclusive product. Two lucky people even received free copies as a birthday gift from Randy himself!

Get to the point 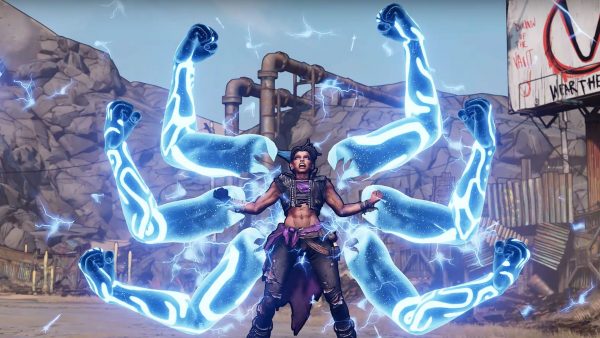 Okay, okay. Board games and remasters aside, there’s no doubt that Borderlands 3 will remain the talk of the town for a while. But as cool as the developer trailer is, we still don’t know the release date, story details, or price.

However, it does tell us something else:

Kenneth is your dedicated jack of all trades gamer and borderline anime nut. When not writing, he likes to wind down with Overwatch, Apex Legends and a bit of Fate: Grand Order on the side.
Previous post Divinity: Fallen Heroes is the new tactical spin-off for Original Sin 2
Next post Deal Alert: Predator Orion 9000, HP OMEN X and games galore