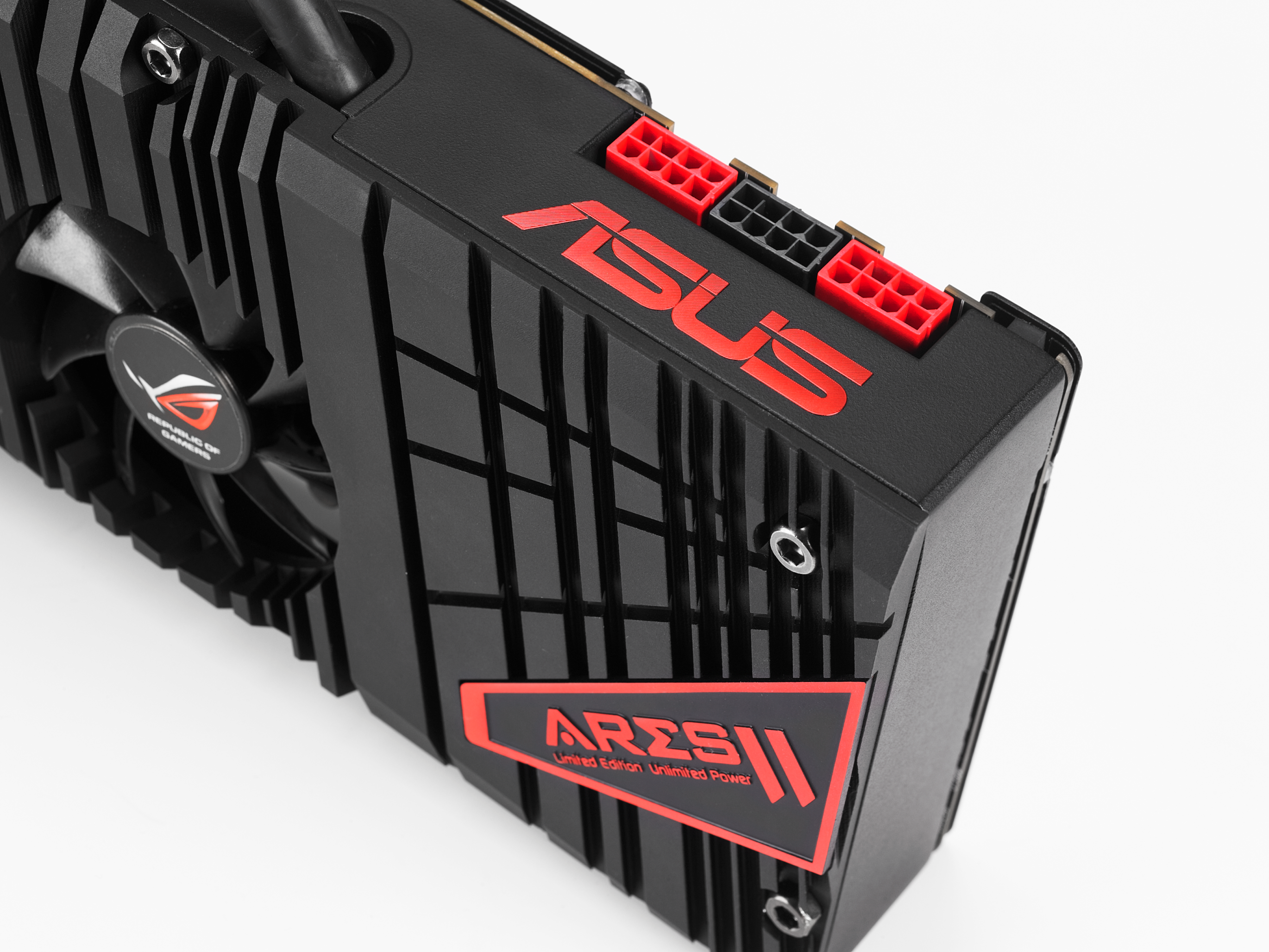 All-new 3DMark03 record: 283017 marks
Using ARES II, renowned overclockers Smoke, slamms, and 12 of OCLab.ru fame have established the highest 3DMark03 score ever. At 283017 marks, they have exceeded the previous milestone in the classic Futuremark N. utility by 8103 marks (the former record was 274914). The setup for the achievement included two ARES II cards in CrossFireX $(D”o (B (effectively four Radeon $(D”o (B HD 7970 GHz Edition GPUs), an Ivy Bridge Intel N. Core $(D”o (B i7-3770K CPU, and an ROG Maximus V Extreme motherboard with 8GB DDR3 memory. The CPU was clocked at 6.711GHz, and the operating system was Windows 7 64-bit.

A video of the record can be found here:
http://www.youtube.com/watch?v=uRy1BmiOAWs&feature=youtu.be

Specifications, content and product availability are all subject to change without notice and may differ from country to country. Actual performance may vary depending on applications, usage, environment and other factors.

Full specifications are available at http://sg.asus.com

###
About ASUS
ASUS is a worldwide top-three consumer notebook vendor and maker of the world’s best-selling, most award-winning, motherboards. A leading enterprise in the new digital era, ASUS designs and manufactures products that perfectly meet the needs of today’s digital home and office, with a broad portfolio that includes motherboards, graphics cards, optical drives, displays, desktop and all-in-one PCs, notebooks, netbooks, servers, multimedia devices, wireless solutions, networking devices, tablets and smartphones. Driven by innovation and committed to quality, ASUS won 4,168 awards in 2012 and is widely credited with revolutionizing the PC industry with its Eee PC™. ASUS has more than 12,500 employees around the globe with a world-class R&D team of 3,800 engineers. Company revenue for 2011 was approximately US$11.9 billion.[/hide-this-part]