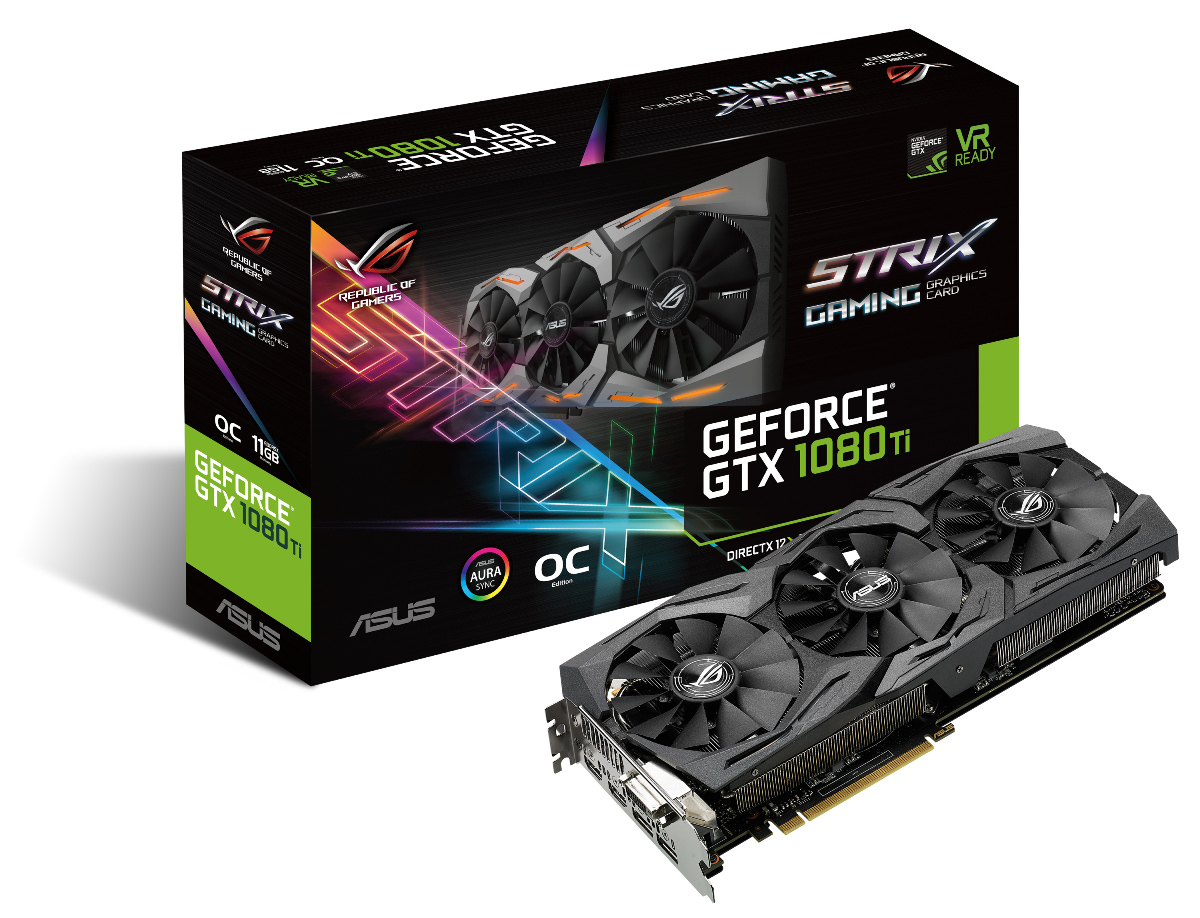 The tech company will be delivering its own solution to the most powerful consumer-level GPU for gamers.

According to ASUS in a press release, the Strix GeForce GTX 1080 Ti will have perform ‘up to 5% faster performance in 3DMark Fire Strike Extreme and 5.7% faster gaming performance in For Honor‘. This is presumably benchmarked against the NVIDIA’s own GTX 1080 Ti Founders Edition.

It will also feature the ASUS Aura Sync lighting for system personalization, if you are into the RGB thing. Most interestingly, it will also sports a DVI output that is absent from the GTX 1080 Ti Founders Edition – and we had wrongly assumed that third-party vendors like ASUS would ditch the port as well.

Information on the Strix GeForce 1080 Ti’s availability and pricing will be confirmed at a later time.

Aaron Yip is an industry veteran with more than 15 years of experience. When not spending time on his gaming PC and consoles, he can be found in Hyrule solving ungodly puzzles and collecting gems.
Previous post You too may learn particle physics thanks to Big Bang Legends
Next post GameAxis Giveaway: Ghost In The Shell Premiere Movie Tickets!