ASUS’ ProArt PA32UC is a 4K HDR monitor for creative professionals, and overkill for gamers 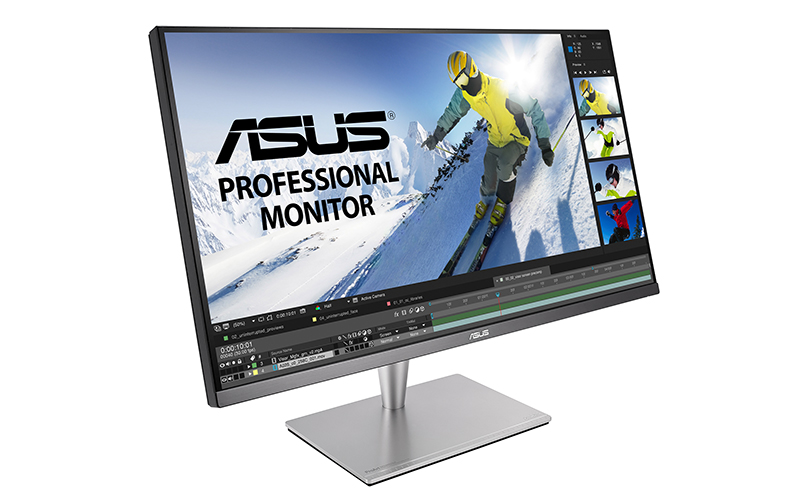 ASUS has announced the ProArt PA32UC, a 32-inch 4K professional monitor targeted at photographers and others who require high color accuracy. But hey, there’s no reason you can’t play games or catch your favorite Netflix shows with this solid-looking monitor, even if it’s quite an overkill.

The IPS panel is capable of a maximum brightness of up to 1,000 nits, so it’s no surprise that the monitor is claiming HDR support with an Ultra HD Premium certification as well. There’s no lackluster edge-lit LED backlighting here either, and the ProArt PA32UC features a full array of 384 lighting zones for improved contrast.

In other words, you can expect better detail retention in the darkest and brightest parts of the image.

In addition, the ProArt display includes uniformity compensation technology for 95 per cent uniformity in terms of brightness and chroma fluctuations across the display. This is especially important in situations where you’re comparing two different images, as you can’t afford to have the two pictures look different.

To cap things off, ASUS will ship each monitor with a report of calibration levels 63, 127 and 255, so you know what you’re getting right out of the box. The company also says that the monitors are pre-calibrated with a delta E value of below 2, a measure of how much each color deviates from its “perfect” color space value.

There’s the ability to daisy-chain a second monitor as well, thanks to the two Thunderbolt 3 ports (one of which is an input port).

Squee delights in trash talking on Overwatch and sleeping till 5pm on weekends. Few other things matter, except perhaps the next episode of Game of Thrones.
Previous post Aftershock’s Aeon 32R is a curved AIO gaming machine with super thin bezels
Next post Netflix’s Lost In Space reboot gets its first full-length trailer, debuts 13 April