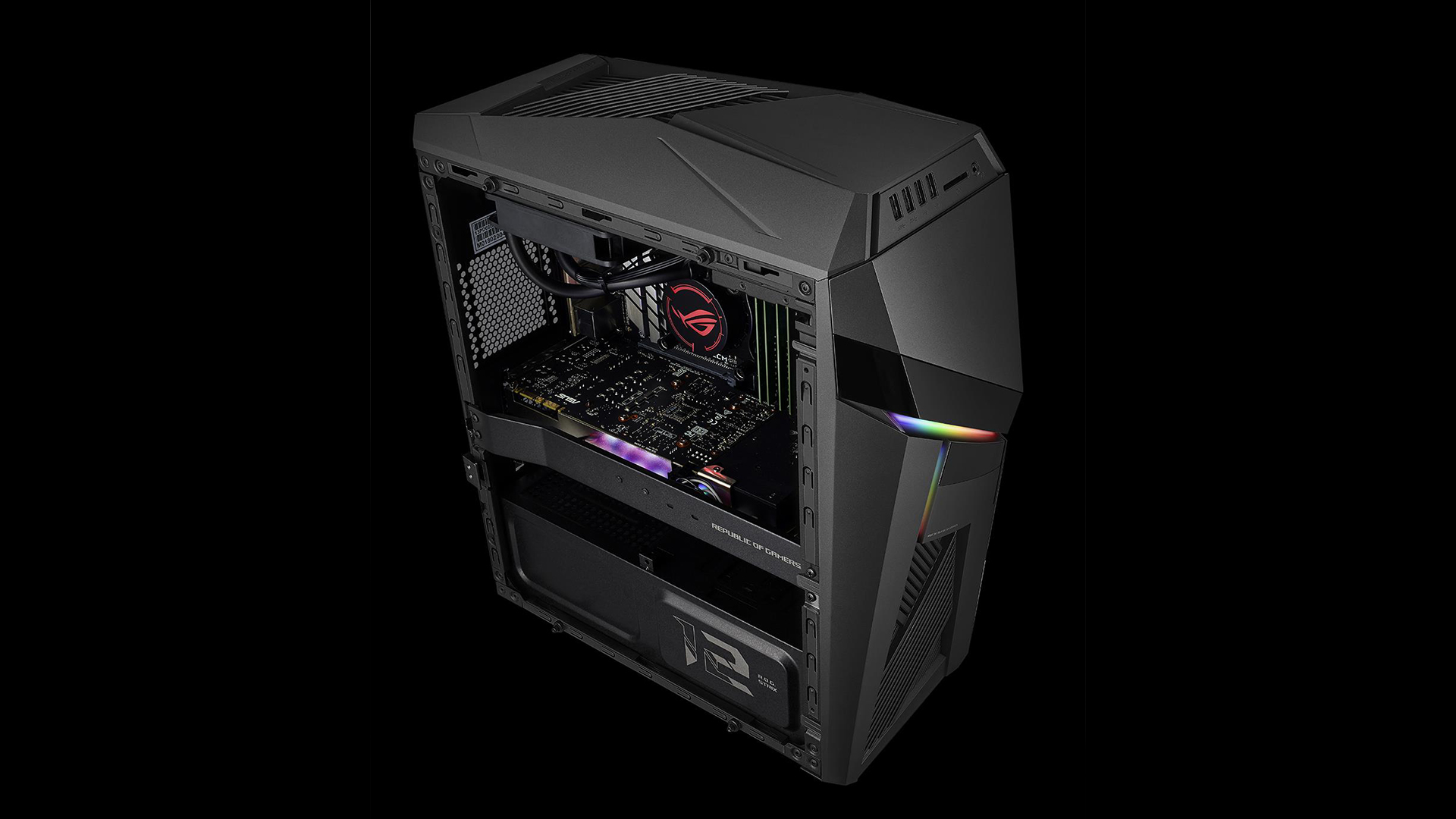 If you’re looking to splurge on your next big gaming PC then cast your attention on ASUS’ latest. Their Republic of Gamers (ROG) line has announced the ROG STRIX GL12CX gaming desktop, an Intel 9th Gen beast with Nvidia GeForce RTX graphics, storage tweaks, and a water-cooling setup.

The reveal comes shortly after news of Intel’s 9th Gen processors, as the flagship Core i9-9900K happens to be sitting in this new machine. The rest of the GL12CX is similarly outfitted with high-end components, such as the GeForce RTX 2080 Ti graphics card, 32GB of DDR4 2666MHz memory, and a 512GB PCIe 3.0 SSD. Scroll on down for the full specifications.

As for ROG’s personal touches, they’ve already factory-overclocked the processors to hit 4.9GHz across all cores and threads, guaranteed through stress testing and sustained via a custom Cooler Master CPU liquid cooler. They’ve also slapped an extra 90mm fan at the back for good measure, just so it remains at optimal operating temperatures.

Advanced users may adjust things a little further through the included ROG Amoury Crate software, which is also where they’ll go to customize the GL12CX’s Aura Sync lighting. There are RGB strips along the front, plus internal lights that spill out through the intake and exhaust vents. Like anything light related, you could even configure it to match peripherals or have it work with games such as Call of Duty: Black Ops 4. 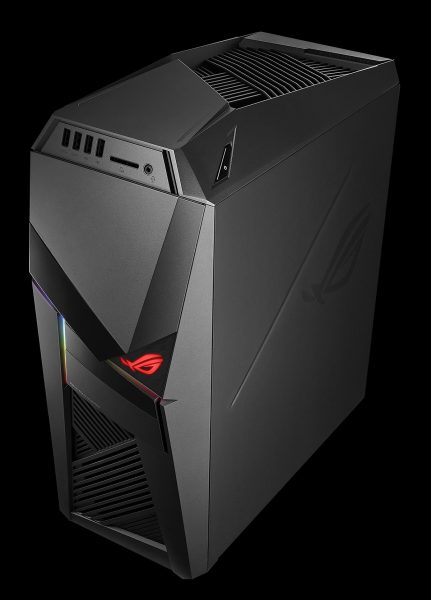 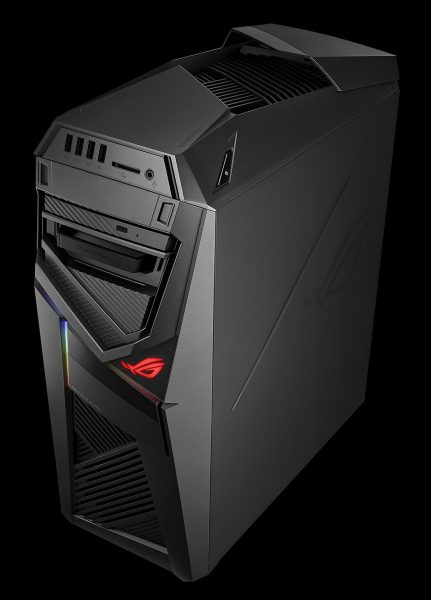 But what’s also interesting about the front casing is it’s magnetic cover. Popping it open reveals a hot-swap SSD bay that they say is developed for esports, “allowing for quick swapping in of profiles and games without needing to shut down the system.” Also useful for content creators needing to back-up their project files.

Other improvements include their own DIMM.2 module for a pair of SSDs, integrated with heatsinks to prevent slowdowns. It even comes with an optical drive, though it’s only a DVD-RW rather than a Blu-Ray combo drive.

No price has been announced for the ROG STRIX GL12CS just yet, though ASUS did say it’ll be available in Singapore in 2019. Ade thinks there's nothing quite like a good game and a snug headcrab. He grew up with HIDEO KOJIMA's Metal Gear Solid, lives for RPGs, and is waiting for light guns to make their comeback.
Previous post EA outlines competitive changes for FIFA 19
Next post Stream Xbox One games to phones and tablets with Project xCloud, public trials start in 2019