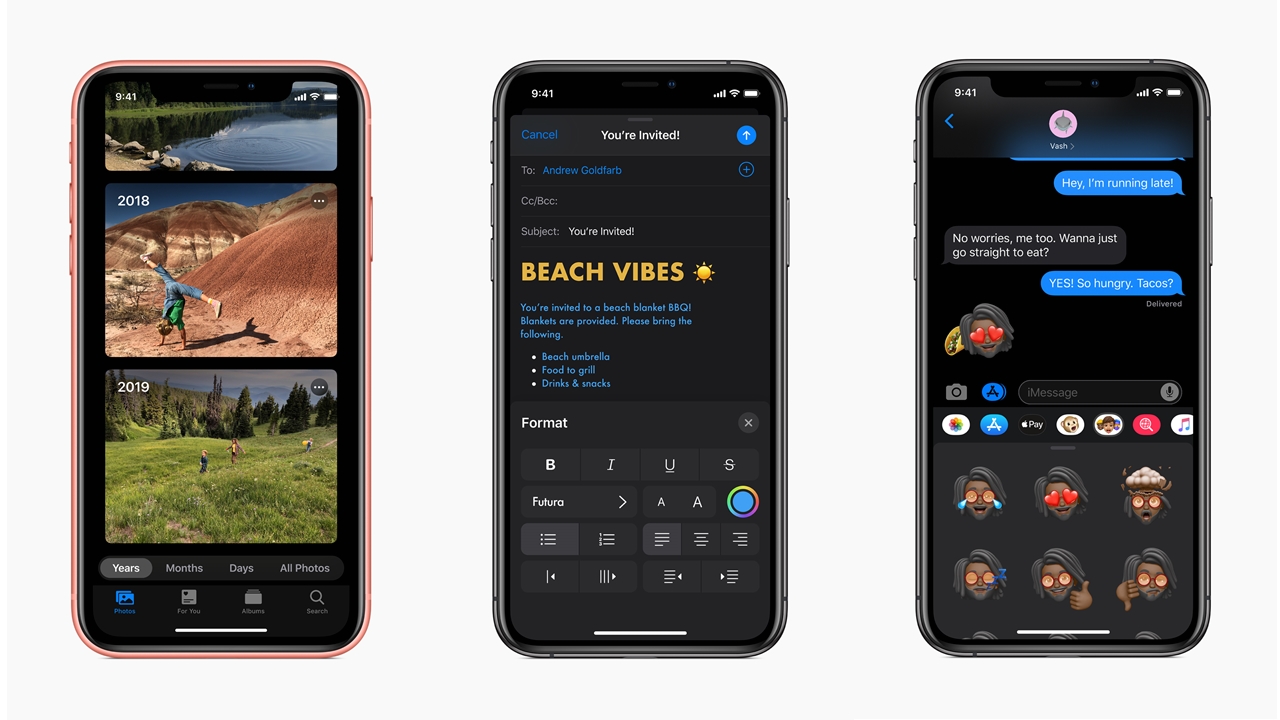 It’s a dark and stormy night. Lightning flashes and thunder rumbles outside your window, but you don’t care. You’re all tucked in and would like to check out some cat videos on YouTube before sleeping. Naturally, you reach for your iPhone and unlock it. Then it hits you.

Lo and behold, you’re greeted by a Home screen that leaves you blinking like a deer in headlights.

Don’t worry folks, it happens to the best of us. Fortunately, Apple is here to help out with its new iOS 13 software.

Admittedly, it’s only a preview for now, but the new update brings with it a much-appreciated Dark Mode along with a plethora of other improvements. Not only is it compatible with various products and native apps, but Apple is tossing in the option for developers to integrate Dark Mode into their own stuff as well. No longer will we have to brave the glare in the murky darkness of our rooms.

Dramatic narrative aside, there are around 20 updates and quality of life improvements in iOS 13.

So it would seem. In fact, what the tech giant have done with Apple Maps doesn’t even qualify as an “update” anymore. It’s essentially been rebuilt from the ground up! After much blood, sweat, tears and a whopping 4 million miles covered by car, the refurbished app sports a new base map and is touted to provide broader road coverage, better pedestrian data and more precise addresses, among other things. It’s only available in selected cities in the US for now, but will be rolled out to other countries by 2020.

Apart from Maps, easier browsing, photo editing, private sign-ins and more are also on the menu. The latter is arguably one of the more interesting additions. Instead of having to provide developers with personal data, Sign In with Apple allows users to authenticate using their Apple ID, and Apple will then provide the developer with a random “placeholder” email address. This helps to better protect users, since they no longer have to divulge personal credentials which could potentially be compromised.

Indeed. There are a whole host of other improvements, but these are probably the most important ones. For more information, you can check out the official preview site here.

Kenneth is your dedicated jack of all trades gamer and borderline anime nut. When not writing, he likes to wind down with Overwatch, Apex Legends and a bit of Fate: Grand Order on the side.
Previous post Review: Everybody’s Golf VR is par for the course
Next post tvOS 13 brings new features like PS4 and Xbox One controller support