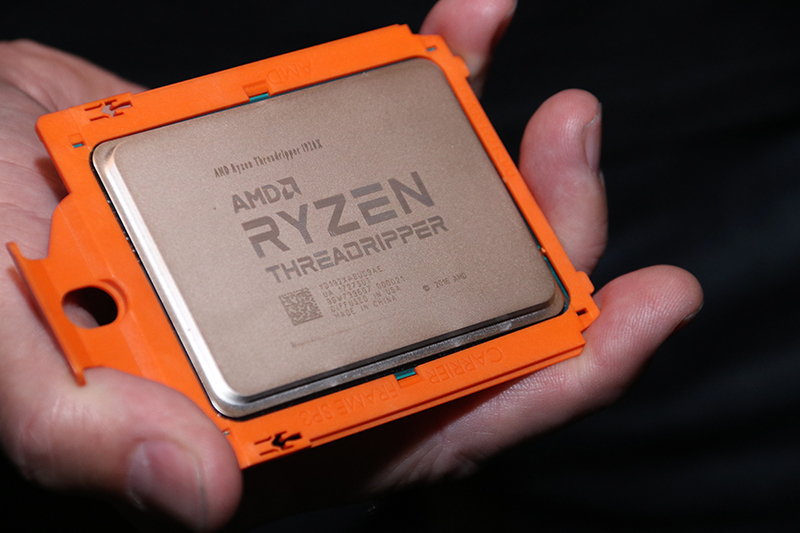 AMD has formally unveiled its Ryzen Threadripper processors, finally filling in the high-end desktop (HEDT) segment for its processors based on its new Zen architecture.

Given that AMD had already unveiled details like clock speeds, price, and model names for the Threadripper 1950X and 1920X, there were few surprises at the announcement. That said, AMD did sneak in a third Threadripper CPU, the 8-core/16-thread Threadripper 1900X.

Here’s a summary of the specifications for all three CPUs:

The Threadripper 1950X and 1920X are set to launch on 10 August, and AMD X399 boards sporting the new SocketTR4 will be ready on the day as well. These include boards from all the major brands, such as the ASUS ROG Zenith Extreme and the Gigabyte X399 Aorus Gaming 7.

The Threadripper 1900X will hit stores slightly later on 31 August.

Motherboards such as the ASUS PRIME X399-A (SRP S$969) will be available together with Threadripper on launch day.

In addition, users will have access to a decent selection of 180 watt liquid- and air-cooling solutions – over 20 liquid coolers and five air coolers to be exact – from brands such as Arctic, Corsair, Cooler Master, Noctua, and Thermaltake.

While there were rumors that AMD would be bundling an AIO cooler with the chip, that doesn’t seem to be the case here. Instead, you’ll find a cooling bracket in the packaging that will work with select AIO coolers.

The first pre-built system from a major PC vendor to ship with Threadripper will be the Alienware Area-51 desktop, although smaller boutique outfits like Origin PC and Maingear will have systems available as well.

AMD wasted no time in pointing out the effect that Ryzen and the prospect of Threadripper had on Intel’s pricing of its Core X chips. The 8-core Core i7-7820X costs US$599, while the Core i7-6900K cost a whopping US$1,089 just over a year ago.

You can see here the mounting bracket for Threadripper and the asymmetrical screw mounts.

As with its regular Ryzen chips, Threadripper excels in multi-core workloads, while Intel retains its single-threaded advantage. According to AMD, the Threadripper 1950X is also up to 38 per cent quicker than the Core i9-7900X in Cinebench R15’s multi-threaded benchmark.

AMD is also claiming strength in applications that utilize heavy workloads such as Adobe Premiere Pro, Handbrake, and Veracrypt. And thanks to the 64 PCIe 3.0 lanes from the CPU, X399 and Threadripper will accommodate up to seven PCIe devices. For instance, you could install four GPUs (2 x16, 2×8) and three PCIe x4 SSDs.

Finally, we were told that AMD employs a binning process that selects for the top 5 per cent of chips. In fact, one chip even managed to hit 5.2GHz on LN2, posting Cinebench R15 scores of a whopping 4,122.

Squee delights in trash talking on Overwatch and sleeping till 5pm on weekends. Few other things matter, except perhaps the next episode of Game of Thrones.
Previous post Review – Sound bar or Home theater? LG’s SJ7 Sound Bar Flex gives you both
Next post The Radeon RX Vega 64 is the gaming enthusiast AMD card we’ve been waiting forever for