All aboard! Star Trek: Bridge Crew no longer requires a VR headset 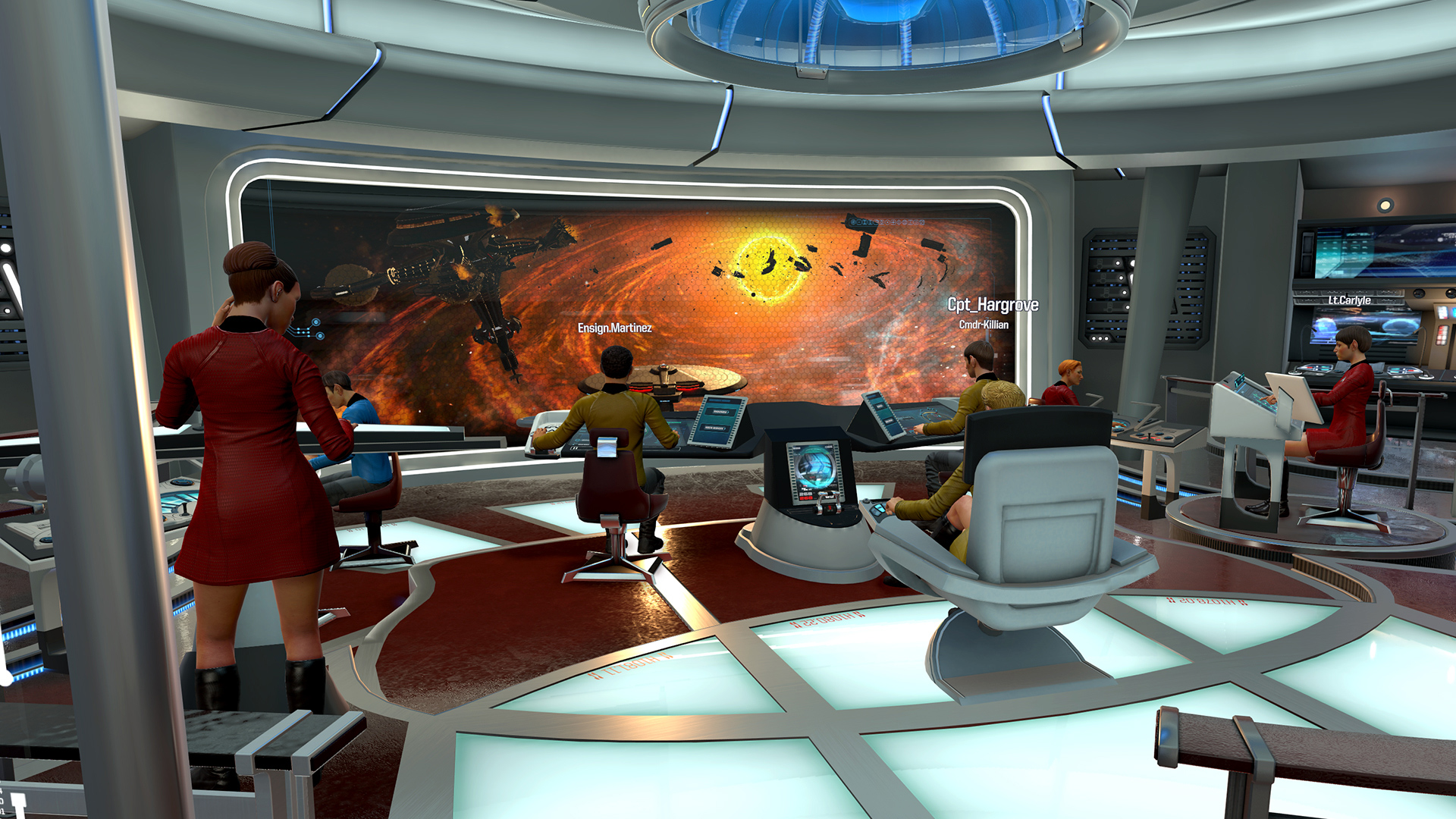 There aren’t many games out there that lumps players together as a crew, much less one set in a widely established universe. Ubisoft’s Star Trek: Bridge Crew is one of those exceptions, putting the Captain, Helm, Tactical, and Engineer roles up for grabs aboard the USS Aegis. Unfortunately, it’s widespread appeal was hamstrung by the fact that it required a virtual reality headset. Thanks to a recent update, that’s no longer the case.

As shared in a recent Steam announcement, Ubisoft has patched in support for non-VR play, allowing even more folks to host and join a multiplayer session. There are no limitations here, so somebody with a headset — either the HTC Vive or Oculus Rift — could play with a group that doesn’t. The patch also added compatibility with Windows Mixed Reality devices, as well as graphical enhancements.

Check it out in this developer diary:

Star Trek: Bridge Crew contains a “dynamic storyline” as well as procedurally generated missions for both solo and co-op. Like any good crew-dependent game, be it the excellent Spaceteam on mobile or, say, Guns of Icarus on PC, communication is vital to getting anywhere.

Ubisoft seems to have pulled it off well, judging by the Very Positive rating and the majority of front-page user recommendations, though some do warn about the game’s brief content.

If you’re interested in trying it out, or love the concept of such co-op games, then Star Trek: Bridge Crew can be had for $29.99 (50% off) as part of the current Steam Winter Sale. There’s also Netflix’s Star Trek: Discovery if you’d like to settle into the Trekkie mood.

Ade thinks there's nothing quite like a good game and a snug headcrab. He grew up with HIDEO KOJIMA's Metal Gear Solid, lives for RPGs, and is waiting for light guns to make their comeback.
Previous post Team Flash’s newly minted Dota 2 team takes their first regional win
Next post End of the line for Gran Turismo 6 in March 2018