The 7 Wonders of Crysis 3 – A Cinematic Video Series 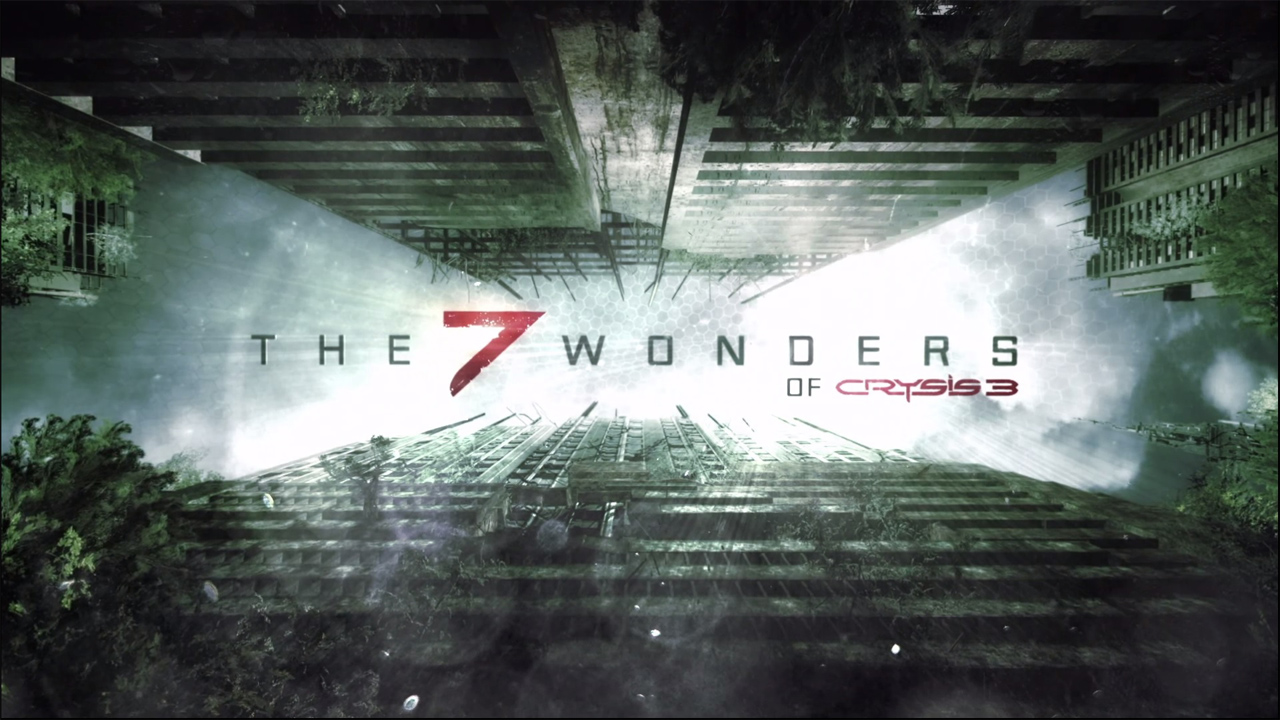 Every time a video game gets a cinematic trailer, there’ll always be some bot (i.e. me) who wishes there’d be more. Not in-game of course, but perhaps as an on-disc bonus or as promotional material. Seems like the latter is what EA and Crytek have in mind with next week’s premiere of The 7 Wonders of Crysis 3.

The series aims to introduce weapons, enemies and new gameplay features for the next installment in the Crysis series. It’ll also showcase features such as dynamic environments and adaptive warfare, all accompanied by the pretty visuals of CryENGINE 3.

To assist with the project, EA and Crytek have enlisted the help of filmmaker Albert Hughes. One half of the Hughes brothers, their directorial work includes Menace II Society, From Hell and The Book of Eli. He has been involved with the scripts, storyboards as well as the shot plans for each video.

“When EA and Crytek approached me about being involved in creating ‘The 7 Wonders of Crysis 3′ video series, I liked the idea of creating emotional stories using only computer generated images,” stated Albert Hughes.

“The challenge of producing something intensely human without ever seeing a human on screen was incredibly compelling, and the technology of the CryENGINE that Crytek developed enabled me to do that and venture into a completely unique medium of storytelling.”

This isn’t the first time a director has worked with video games. Back in 2010, John Hillcoat (The Prophet, The Road) made a 30-minute machinima for Rockstar’s Red Dead Redemption. Ni No Kuni is an upcoming Japanese RPG co-developed by Studio Ghibli, and Guillermo del Toro’s inSANE has been picked up by a new developer after news of it being cancelled. Aside from that, games and movies have generally shared a very rocky relationship, usually doomed to failure.

The 7 Wonders of Crysis 3 will make its debut on 12 December with its first episode, “Hell of a Town”. The game itself is scheduled for a February 2013 release and will be for the PC, Xbox 360 and PS3.

Ade thinks there's nothing quite like a good game and a snug headcrab. He grew up with HIDEO KOJIMA's Metal Gear Solid, lives for RPGs, and is waiting for light guns to make their comeback.
Previous post Wii U Believe This Rumor? (HaHa!)
Next post Gran Turismo 5 2013 Edition And The PSN Challenge