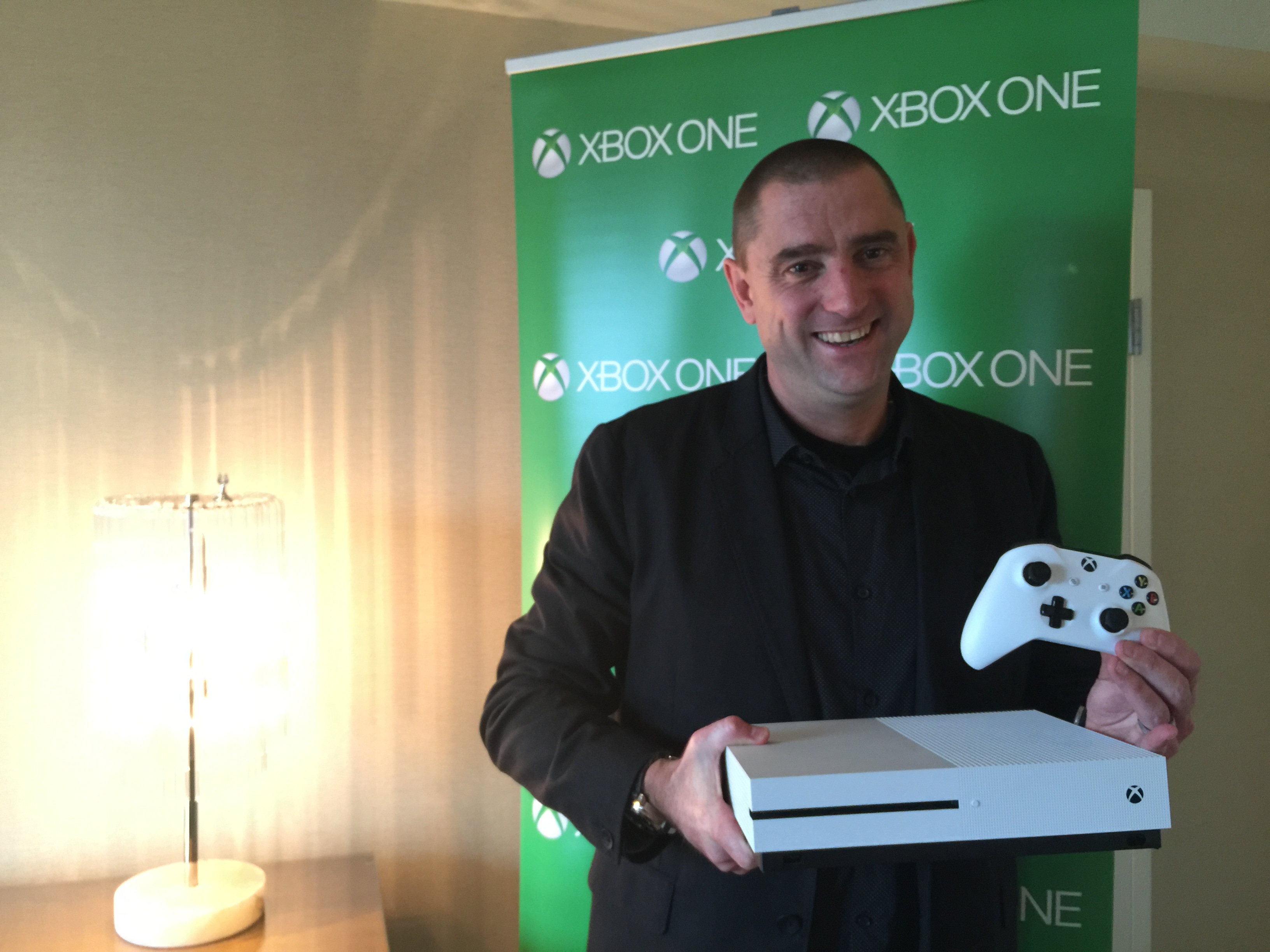 Microsoft is facing a hard battle with Sony with the current generation of consoles, the Xbox One and the PlayStation 4. But the big green X has a couple of tricks up their sleeves, namely with the unprecedented announcement of two new consoles that they hope will challenge the PS4 (and PS4 Neo) supremacy, and a new initiative that will connect gamers on Xbox consoles and Windows 10 PCs. We caught up with Bradley Hopkinson, General Manager, Consumer Channels Group Asia, to talk about the health of the Xbox business, to better understand the Xbox Play Anywhere initiative, and more.

Bradley: We look at it from three aspects. Our key metric is users of Xbox Live, and we’re pleased with what we’ve seen in terms of usage. That’s how we monitor performance for the console Xbox One and for Xbox Live, in the region and for Singapore as well.

That is an interesting metric to use to rate the Xbox One’s performance. But PS4 games are outselling Xbox One games 30:1 in Taiwan and nearly 3:1 in Singapore according to retail sources. Shouldn’t the sales performance of the Xbox One be the biggest impact in your monitor performance?

Bradley: We can’t speak to competitors, but in June 2016, gaming hours on Xbox One reached a new milestone with more than 1.2 billion hours logged, which more than doubles gaming hours at the same point in time last year and makes it the highest we’ve ever seen for the platform to date.

As you saw at our Xbox E3 briefing, we recently unveiled a new family of Xbox One devices, a host of new Xbox Live Features and the biggest line-up of games coming to Xbox One and Windows 10. Xbox Head Phil Spencer underscored our commitment to building a future of gaming beyond console generations where gamers can play together without boundaries. This is our vision for the future of gaming on Xbox and what we are striving to bring to our fans and gamers in all the regions where we operate.

What would you say would be Xbox’s biggest challenge in South East Asia, in the face of strong competition from Sony PlayStation?

Bradley: The opportunity we see with Xbox One and Windows 10 PC gaming is the driving of growth with the ability to play anywhere now. We believe that removing boundaries and giving more choice, the ability to purchase games and play on both, for us will enable growth. The number one goal for us is to grow sales. I think we got the right strategies.

We strive to ensure we deliver the best experience for Xbox fans around the world and are always looking to improve local offerings whenever we can. This year, we’re bringing the biggest games line-up ever to Xbox One and Windows 10, Xbox Play Anywhere unlocks the ability to buy a game once and play it on both your Windows 10 PC and Xbox One with shared progress, game saves, and achievements, all through Xbox Live, and we’re uniting Xbox Live gamers across devices and networks through new features like Clubs, Looking for Group and Arena on Xbox Live.  This is our plan not just in Southeast Asia, but in all regions where we operate.

The Kinect is noticeably missing from the Xbox One S. How does the Kinect fit into the Xbox’s new hardware lineup?

Bradley: Kinect continues to play an important role on the console. We are committed to delivering voice and camera experiences for our fans that make their gaming, entertainment, and communication better.

With Xbox One S, we wanted to make the console as small as possible, something that all our fans will appreciate. To create the slimmest form factor and include an internal power supply, we made the decision to remove the Kinect port. Kinect for Xbox One will still be compatible with Xbox One S via the Xbox Kinect Adapter and offers the same great experiences with the current console. For fans that currently own a Kinect for Xbox One, we are offering a free Xbox Kinect Adapter to use with Xbox One S.

The Xbox Play Anywhere is only applicable for digital purchases. Are there plans to include retail copies?

Bradley: Xbox Play Anywhere applies specifically to digital game licenses. When you purchase a game digitally, Xbox Live associates your Xbox Live account with the game license, granting access to the game on both Xbox One and Windows 10 PC as part of your purchase. We currently have no news to share around interchanging digital and physical game licenses.

That’s an interesting initiative for Xbox Play Anywhere. But do you think the same initiative will cannibalize Xbox One’s market share, when you allow PC gamers to play those games on Windows 10?

Bradley: Again, we see it as an opportunity to grow. It’s always going to be PC games and console gamers. The opportunity to buy the game once and play it on both platforms is probably more opportunity than cannibalization.

The concerns I have about Xbox Play Anywhere is that it seems to be lacking in third-party publishers’ support – EA has Origin, Ubisoft with their own UPlay…and of course everyone else is on either Steam and/or GOG – and that its messaging seems to be one of irony. If a gamer can play the latest Gears of War or Halo on the PC, what is the value proposition of an Xbox One console then?

At Xbox, we aim to provide gamers with flexibility of choice: play the games you want to play, on the devices you want to play on, connecting you to the people you want to play with.  The power of Xbox Play Anywhere not only supports the growth of the industry overall with more gamers playing on more devices, but speaks directly to the gamer’s choice – to play where they choose.

But how would you set the messaging for that initiative? Will it be focused as more of an Xbox One or Windows 10 initiative

Bradley: I think you saw that through on our first-party titles available on Xbox one and Windows 10, so it’s a little of both. To view it from both perspectives, both platforms are working very closely now in terms of going into market.

Will Windows 10 version of Xbox Play Anywhere supported games be available at retailers, or only as Digital copies?

Bradley: Xbox Play Anywhere applies specifically to digital game licenses. When you purchase a game digitally, Xbox Live associates your Xbox Live account with the game license, granting access to the game on both Xbox One and Windows 10 PC as part of your purchase. We currently have no news to share around interchanging digital and physical game licenses.

Aaron Yip is an industry veteran with more than 15 years of experience. When not spending time on his gaming PC and consoles, he can be found in Hyrule solving ungodly puzzles and collecting gems.
Previous post Interview: Final Fantasy Brave Exvius composer, Noriyasu Agematsu
Next post Pokemon Go finally lands in Singapore, Malaysia and rest of South-East Asia