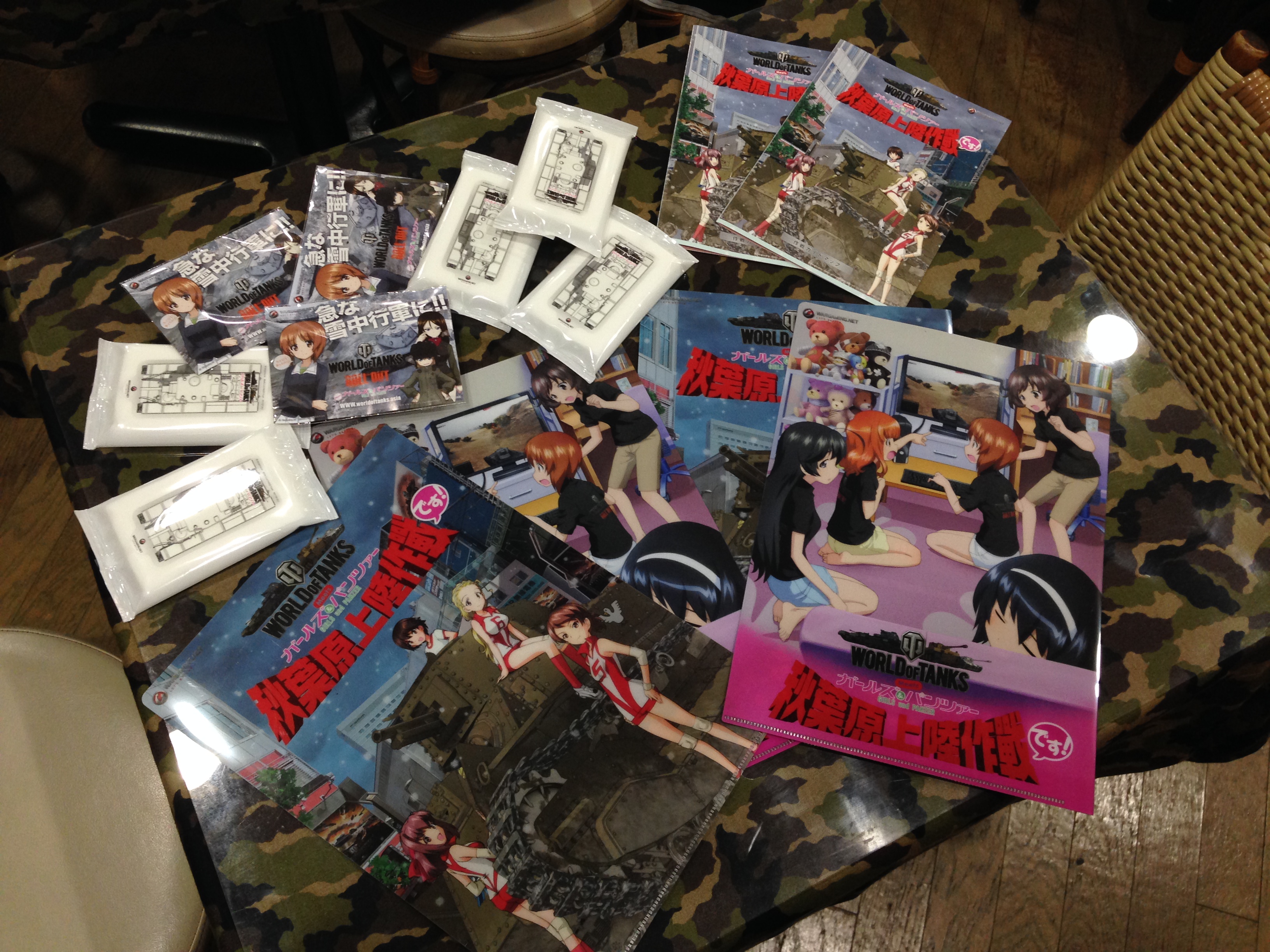 We were invited to Tokyo for the launch of the Japanese Tech Tree, and spent some time speaking to Wargaming executives on the new update, anime collaboration and their report card for 2013. In this first part, Wargaming Japan’s GM Yasuhiro Kawashima shared with us their recent collaboration with the tank-themed anime, Girls und Panzer.

GA: The collaboration with “Girls und Panzer” seemed fairly unsurprising…
Kawashima: “Girls und Panzer” is a famous animation in Japan that has high school girls driving tanks and it’s not about killing or anything, it’s a competition. So they have official rules to not harm each other. Think World of Tanks but without the “blowing up each other” part.

The show finished its 12-episodes run a couple of months ago, and the producers will be releasing a DVD and Blu-Ray copy of the Original Video Animation (OVA) and a movie.

GA: So we can expect a new season coming up?
Kawashima: It will depend on how great the OVA and the movie (did) and then there will be another season, but that part we can’t actually reveal just yet.

GA: Could you tell us a little bit more on the OVA and the movie you mentioned earlier?
Kawashima: The OVA will have an additional episode not previously aired with the rest of the series. There will be one battle, which was cut against the Italian tanks. They haven’t released that much information about the movie yet, so I can’t actually say much about that. GA: Please share with us more about the collaboration between you and the animator of the TV series?
Kawashima: We’ll be having ‘Girls und Panzer’ merchandise co-branded with World of Tanks in many of the stores in Akihabara. Fourteen stores for now, to be exact. Mainly with computer-related shops, like games and computer part shops. And also the maid cafes where, if you buy something, you get some kind of gift.

As for the game, we are also working with some of the modifications to fit it into the anime’s universe. So far, what I can only reveal is the Panzer voice pack. So the default voices will turn into the Girls Und Panzer voices. This pack should be coming out soon.

GA: I’ve seen some snapshots of the tanks and Girls Und Panzer. Will there be a way to play the tanks of the girls
Kawashima: It’s very hard to say. But we’re pretty sure there will be some special gift for the users that they’ll be happy to get, but I’m not allowed to say anything about those at the moment.

GA: Assuming it happens, will these special items or features be available only in Japan or across Asia?
Kawashima: Currently it’ll only be released in Japan in the beginning, but they’ll be released outside of Japan in Asia except in China and Australia.

GA: There are so many collaborations between toys and games in Japan. Can we assume there will one between World of Tanks and Girls und Panzer?
Kawashima: We don’t actually sell products because we’re basically a free-to-play, free-to-win game. For the collaboration, the events done in Japan so far are free novelty collaborations. We do have World of Tanks branded shopping bags with the stores that we collaborated with, but it’s not like we’re making money out of it. It’s just for the shops. So I’m pretty sure there won’t be any actual co-merchandise for the users.

In our next World of Tanks Japan feature, we discuss with Wargaming Asia-Pacific GM, Jasper Nicholas about the Japanese tech tree for World of Tanks, and the highly anticipated World of Warplanes and World of Warships. Stay tuned!

Aaron Yip is an industry veteran with more than 15 years of experience. When not spending time on his gaming PC and consoles, he can be found in Hyrule solving ungodly puzzles and collecting gems.
Previous post Candy Crush Developers Brings Farm Heroes Saga to Mobile
Next post Paradise Awaits In the Next Europa Universalis IV Expansion