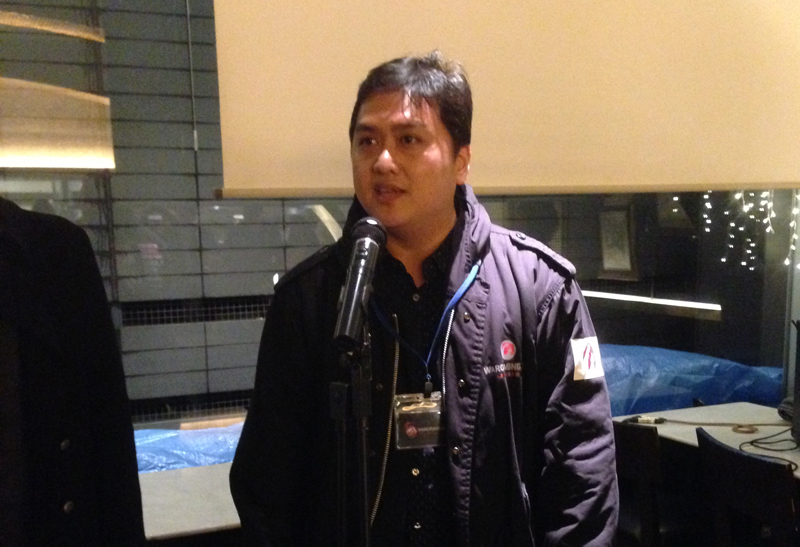 In this second part of our World of Tanks: Japanese Tech Tree feature, we spoke with Wargaming Asia-Pacific General Manager, Jasper Nicholas, about the fickle Japanese online gaming market, and the challenges the company face in the land of the Rising Sun.

GA: Japan has the longest history with tanks in Asia. Why has it taken so long for World of Tanks to have a Japanese Tech Tree?
Nicholas: The Japanese tech tree is only comprised of very few tanks, unlike the Russians, the German, the French or the British, which are all deep with a lot of tanks. It was a little bit of a gamble to release a Japanese-only exclusive tech tree, but it has been our dream for a long time to showcase these Japanese tanks that saw a lot of these battles in the Philippines and Guam.

And now it’s the realisation of our dream to release Asian-inspired tanks, which is not just limited to the Chinese tech tree. There is also a lot of Asian ingenuity in this area. For example, Japanese tanks were the first to use diesel-powered engines. At that time, having that gives you a lot more torque and maneuverability, a clear advantage over gas-powered engines. So it’s really great to see it come to reality.

GA: What were some of the challenges Wargaming faced in Japan?
Nicholas: Japan is so completely unique and different from any gaming market in the Asia Pacific. For instance, the laws and regulations here are completely unique in Japan. That’s why we established an office in Japan to satisfy all the regulatory and tax requirements. On a commercial scale, we are competing with many other popular online games, which have millions of players in Japan alone. And that translates to millions of revenue per month just for Japan.

PC platforms has not been dominant as a gaming platform for the past few years and we are coming out with a message, giving guys with a PC an option to play with these tanks with these other 2.5 million Asian players.

GA: With the PC not being the dominant platform in Japan as you said, wouldn’t launching the console version, albeit still in beta form, of World of Tanks a safer bet here?
Nicholas: We’re planning to have the Xbox version launched in Q1 2014. But we don’t want to restrict ourselves with the PC version already available, which was what we first wanted to launch in Japan. Based on the success of how we’ve been able to launch the game in Japan, we have strong hopes that the Xbox version will also have a strong following of gamers since it’s a console-driven market as well as a mobile-driven market.

The typical Japanese person will spend an hour or two in commuting from home to work every single day and that’s why it’s convenient for them to flip out their phones and join the other millions of people playing their games. That’s why we believe World of Tanks Blitz and World of Tanks Generals (Ed: both being mobile games) can potentially be very strong titles for this market.

GA: When you mention the market being challenging, what are the measures Wargaming has taken to differentiate World of Tanks from other online games in Japan?
Nicholas: We are one of the few companies that go out of our way to create small gatherings for players who are interested in speaking to us. We listen to their feedback and we channel it to our developers to make necessary adjustments if it’s really something that could benefit the other players.

Overall it’s about creating a personalised relationship with everybody. I’m not afraid to tell you I can answer their emails and help them out or channel them to the right people. If they’re operating beyond our rules and restrictions, I’m not afraid to be forward and tell them so, and that we cannot make exceptions just because you’re writing to me.

I go forward beyond my title when answering these emails because relationship management for us goes beyond an email. It’s really about making real personal connections to show that Wargaming is a real human company made of good individuals. We are a family. Wargaming Japan is a strong family of professionals and experts and I’m happy to be part of that.

GA: Can we assume that the Japanese tech tree will be available in all World of Tanks tournaments?
Nicholas: Yes of course! There are a lot of strong tanks in this tech tree that can be used in e-sports tournaments. I’m pretty sure it will create new trends in how people play World of Tanks. Most of the famous tanks that have been used are the Russian tech tree with their strong tanks and firepower, the German tanks with their maneuverability or the all-rounded US tanks. Now we’re showcasing Japanese tanks with different personalities and performances.

You’d think what’s the difference between all the tanks if all they have are turrets and tracks? There is a huge difference between them. They have specific roles. A tier-3 tank destroyer can kill a tier-7 regular tank and that’s amazing for me, because lower-leveled tanks can beat overpowered tanks. I’m really excited to find out more about the Japanese tech tree as I haven’t tested it out for myself.

GA: Beyond tanks, the Japanese have a great love for warplanes and warships. How has it been like for World of Warplanes and World of Warships?
Nicholas: It’s big. It’s already big! Everyone’s already expecting the two titles this coming year and we’re doing our best to get it all released as soon as possible but as I had mention it to you earlier, that Wargaming is a development company. We’re a little bit more than perfectionists in that we don’t want to release any games that isn’t fully developed or finished.

World of Warplanes is already launched in the US, Europe and Russia, and we’re are preparing for it to come out soon in Asia. I just cannot give a specific month, but within the first half of 2014, you can expect to see “Warplanes” out not just in Japan but also in the rest of Asia.

GA: How are the demographics in World of Tanks in Japan similar or different from the rest of Asia?Nicholas: I haven’t completely studied that. We have a brand segmentation study that’s currently being done for Japan. I haven’t looked into the details of the demographics and I cannot give you a safe or direct answer. One observation that I can make is that people between 18 to 45 years old are able to play World of Tanks in Japan. We’re still trying to figure out the global profile where we have 35-60 year old men who are really strong players.

I have mentioned to you before that we’re seeing trends of the gamer stereotype breaking where a 3-year-old child from Taiwan was able to destroy 5 tanks in a single battle. Many don’t realise that getting to that level of destroying 5 tanks in one battle takes A LOT of skill. So the demographics has started to blow up in proportion, and I think that if a 3-year-old child can figure out the logical map of the game then there’s really a huge potential for a lot of other people to reshape tank battles.

Aaron Yip is an industry veteran with more than 15 years of experience. When not spending time on his gaming PC and consoles, he can be found in Hyrule solving ungodly puzzles and collecting gems.
Previous post Getting Casual with Alodia Gosiengfiao
Next post GPL 2014 Winter Grand Finals Dated For Saturday, 11 January