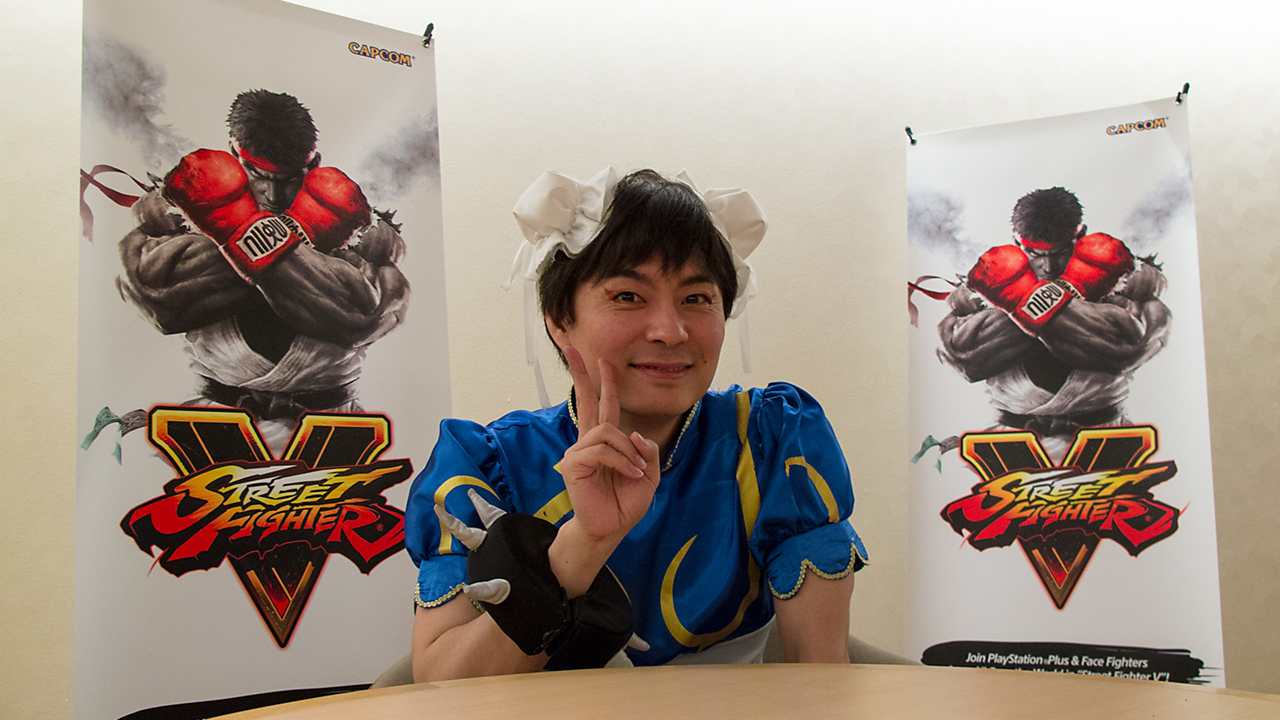 The heavy downpour did little to dampen a lively crowd thronging Queen Street on Feb 19. After all, they were there to witness some of the world’s best professional fighters in action, ones that hurled fireballs and hurricanes with seeming ease.

Substituting boxing gloves for a well-built fightstick, Team Razer’s Ho Kun Xian, “Infiltration” Lee Seon-woo, and “Gackt” Eng Ghim Kee showed up at the Street Fighter V launch party to demonstrate some world-class play. The show match was undoubtedly a highlight of the party, but so too were the amateur competition and the slew of lucky draw giveaways.

Credit definitely goes out to PlayStation Asia and its partners for sprucing up the location. A row of consoles flanked the boxing ring, while larger TVs and a projector showcased the matches taking place ringside. Street Fighter V was everywhere you looked – from the toys, the merchandise, the console accessories, the cosplayers, and even the very walls. This was definitely how you celebrate a game’s release with the community.

Also present at the event was Capcom’s Tomoaki Ayano, assistant producer for Street Fighter V and a very public face for the series. He delighted crowds and cameras alike with his Chun-Li costume, though it didn’t take long for the press to abscond with him to a quieter location elsewhere.

What follows are the highlights of a round-table interview with Tomoaki Ayano, with answers translated from Japanese to English by a Playstation Asia staff member.

On charge vs. command for future DLC characters

“Nothing has been confirmed yet but [I have] the feeling that Guile is tentatively a charge character.

“For Street Fighter V, the team’s goal is to reinvent gameplay from scratch, so there might be characters who had charge attacks changed to command and vice-versa.  The team right now is thinking about the best way to combine these game mechanics.”

Apparently, this reinvention isn’t limited to the whole charge-versus-command angle either, so expect to come across some brand new combos.

Last seen in Street Fighter III, Ayano-san comments that Alex’s younger design also suggests a new play style. While he couldn’t expand much on the topic, or DLC characters in general, he does hint that Alex’s V-Trigger will be very characteristic of him.

The character he had the most fun designing

Although not his favorite character to play, changing Vega from a charge character to a command character opened up possibilities, making it more lively and accessible for newcomers.

“I expected a backlash from fans for changing characters like Vega, but I’m happy to see that the community is enjoying the change.”

The gem of the interview, we learn that Xian has actually had a major hand in the development of Street Fighter V.

However, the Ultra combo in IV was always the same move. V-Trigger is far more dynamic, giving players more freedom with how to best utilize it. Ayano-san goes on to say that he finds it very interesting to see how players use it to their advantage.

“It’s going to be crucial for advanced and pro-players to master the V-Trigger.”

“It was actually a big thing for the team to introduce Tutorial mode. Advanced players can skip it if they want, but Tutorial mode teachers you how to move, how to do the light or heavy punch, or how to use the V-Trigger. The team really took an effort to [welcome] new players.

“This theme of inviting new players is actually throughout the game. For example, Survival mode is designed for the player to practice his moves, and they prepared four difficulty levels. The highest level is called Hell, and if you’re able to clear it you’re a pretty good player – you’ll feel comfortable going online to play against others.

Ayano-san says that the team has recognized two key issues, the first of which is login-related. He explains that the team is working on it right now and believes that it will be fixed soon. The other issue lies with Battle Lounge, also known as Endless Battle in Street Fighter IV.

“The fix for Battle Lounge is taking a little longer than expected because of the number of players at launch wanting to play online. The team is hard at work to fix that as soon as possible.”

The future of Capcom Fighters Network

“The ultimate goal is to connect users in a way they have never been connected before.

“For now, the goal is to implement the same features as Street Fighter IV. After that we’ll start to think about how to add other online features.”

The brand of shoes Ryu would wear

“Since he loves to train himself so hard, the shoes would wear out very fast. So… any shoes that anyone would present to him.” (Laughs)

Street Fighter V is available for both the PlayStation 4 and PC, with cross-platform online multiplayer.

Ade thinks there's nothing quite like a good game and a snug headcrab. He grew up with HIDEO KOJIMA's Metal Gear Solid, lives for RPGs, and is waiting for light guns to make their comeback.
Previous post Catch the Heroes of the Storm Singapore Open Finals live this Saturday, 20 Feb
Next post Campus Game Fest 2016 announced, features amateur Street Fighter V tournament