Interview with Shuhei Yoshida: “Playing PS VR games will be an amazing experience” 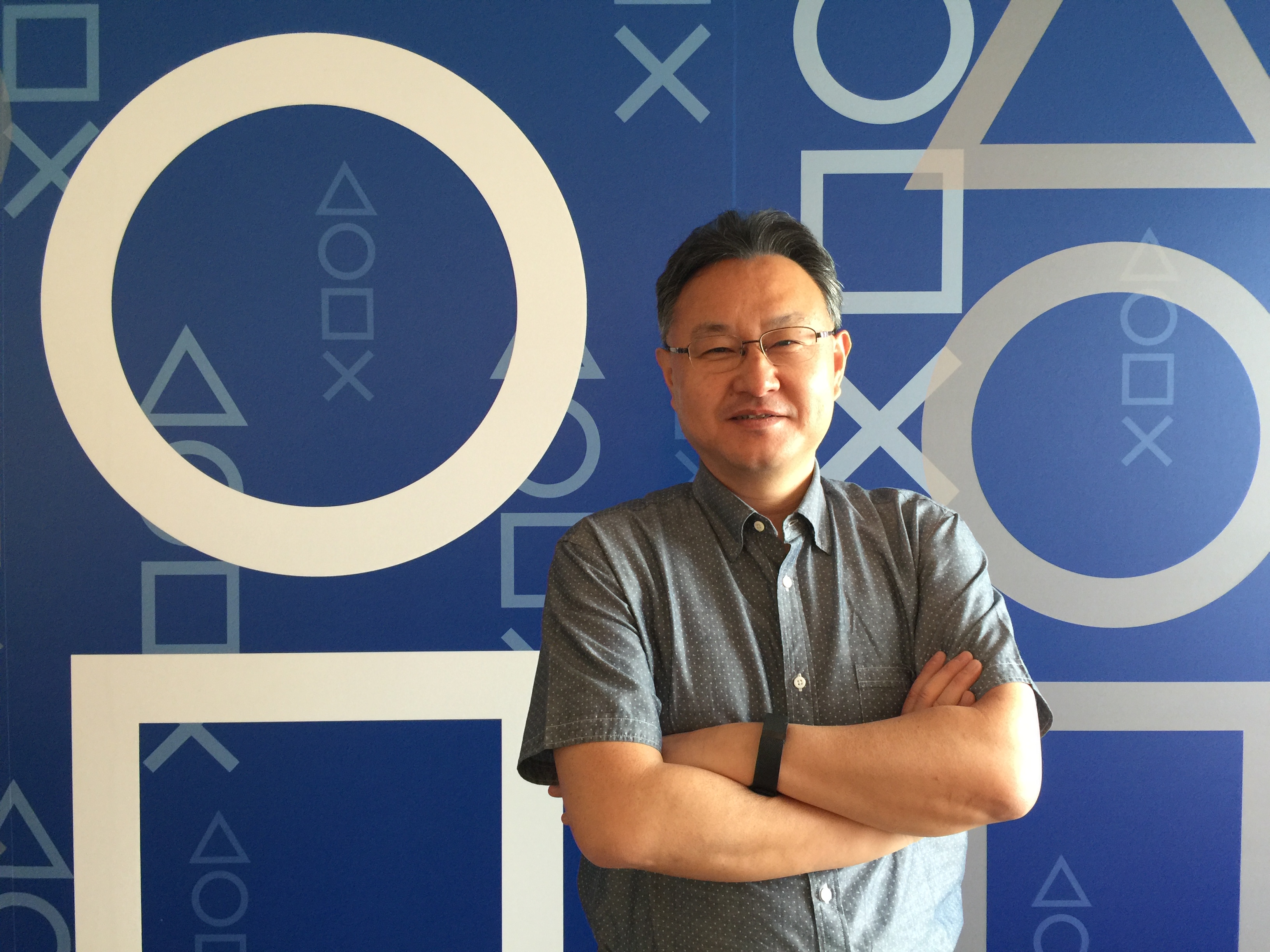 When I last spoke with Shuhei Yoshida, Sony’s global head of first-party studios, the PlayStation VR was still known by its project title, “Project Morpheus”, and had no indicative release date. At E3 2016 in Los Angeles last week, we met under similar circumstances but the smile on Yoshida’s face couldn’t be any wider – the PlayStation VR now has a release date and pricing, and the excitement of it all couldn’t be more obvious.

Shuhei Yoshida is exactly what many of those who have interacted with him has come to described: he is infectiously enthusiastic as ever when we meet to discuss a broad range of topics from PS VR, games and technologies, as well as his personal highlights from Sony’s E3 2016 press conference.

Well, because we announced so many new titles, I cannot pick one highlight! But I am so happy for the teams who worked on God of War and Days Gone. They spent so much time, and there are lots of people who have spent an incredible amount of time to build these games. Finally, we can announce them and the reactions we got was fantastic. I am really happy for the creative teams.

There are two parts to my next question: There are no camera or controller included in the PS VR, yet it’s the still the most affordable VR compared to the Vive or the Oculus. Will Sony be incurring any losses in making the hardware?

Not at all. We’ve been making hardware for a long time, and we have a strong engineering team creating the PlayStation VR (PS VR). PS VR and PS4 were developed side by side, so we designed it to work together, to give both a tight integration.

We can make use of the capabilities of the PS4 alongside the low-end level of the PS VR. With the cost of the goods we create, we can get a higher performance out of these systems. It is common for console development to deliver high-performance at affordable prices.

Are you worried that other new VR technology (for PC, and perhaps other consoles) will develop quicker and stay ahead of the PS VR?

If you look at games like Uncharted 4, and a PS4 launch title or even with The Last of Us on the PS3 and its launch titles, developers will learn how to make the best use of the same hardware over time. So even with the same hardware, the games tend to look better and better in the later stage of a console’s lifecycle.

It will be the same for PS VR, and I expect the learning cycle to be the same with developers who will create VR experiences. We have designed PS VR to specifically work well with PS4. A PS4 displaying at 1080p, and a PS VR with a 1080p OLED display and RGB sub pixels, will be the most beautiful display that we can have for such a system. We are confident that developers who are focused on 1080p graphical experiences, and with high frame rates of 120fps, will be able to create high quality and amazing experiences.

How does Sony Worldwide Studios prioritise resource for a PS VR or PS4 title development?

It depends on what the teams want to develop. We tend to take a bottom-up approach, so teams will develop concepts and they’ll choose whether they want to develop it for the PS4 or PS VR. And whether it is worth developing it or not. We will then make decisions on each concept, but we also look at the portfolio of titles that we are making. When we see some initiatives, such as the launch of a new hardware that isn’t supported enough, then we make the effort to support it. If there are not enough games on the new hardware, then it won’t be good. Also, if there are too many titles that targets a specific genre or consumer, then we might decide not to go ahead with new concepts that are also targeting at that same genre or consumer. We want diversity, in this case.

Is it a difficult process to find the balance to cater to what your audience wants, and what you hope they will want?

We always believe in the ideas that we have, but we know we’re not perfect. So we always have to want to listen to what people say. But people cannot imagine what doesn’t exist. That’s the reason why we look at the trend of technologies and really creative ideas coming from developers. To create something that people never imagined to be possible.

VR is like that. If we stopped creating our own idea, we are not doing a good service to the players. We have to continue to show what new things can be done in the future and we will continue to get feedback from players after they experience it themselves.

There’s concern among gamers that Sony is not giving a lot of attention to the PS Vita, especially since there wasn’t much of it at the E3 conference, as much as it was focused on PS4 and PS VR. Do you have any comment on that

During the conference, our focus was on the big title announcements. We didn’t show any smaller titles this time, not even for indie and digital titles. We are big fans of showcasing indie titles, but we chose to just show the key titles for E3 this year because it’s more far-reaching. We have PS Vita and digital titles on the show floor, and we’ll have other media events to promote these titles.

As far as PS Vita titles are concerned, we are seeing a lot of great games coming out. One that I’ve spent lots of time playing was Severed by DrinkBox Studios, which is an amazing game.

No. Currently we are focusing on PS4 and PS VR titles.

Aaron Yip is an industry veteran with more than 15 years of experience. When not spending time on his gaming PC and consoles, he can be found in Hyrule solving ungodly puzzles and collecting gems.
Previous post Halo Wars 2 will take place right after Halo 5
Next post Deus Ex: Mankind Divided further refines player freedom