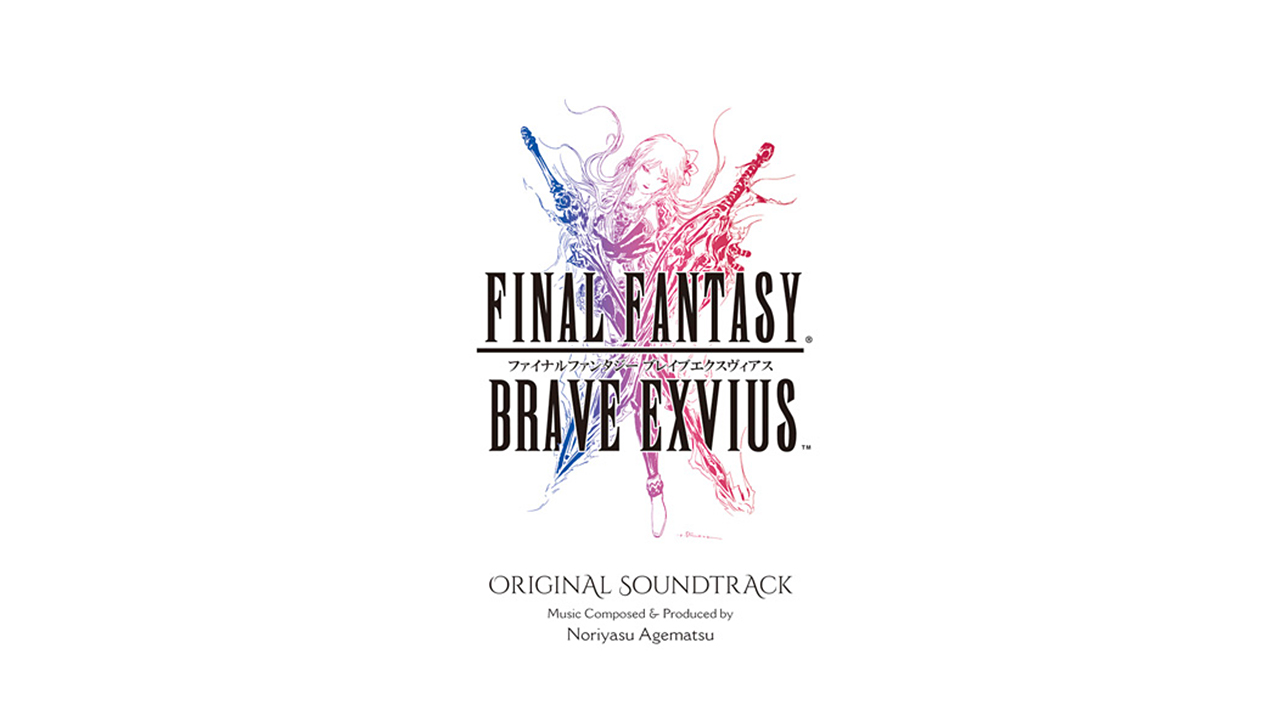 If you haven’t already heard, Final Fantasy Brave Exvius has a brilliant original soundtrack. It’s the sort you unknowingly hum along to after a couple of days, with tracks that deserve a distraction-free listen at least once. It’s astounding to think this is all for a free-to-play mobile game too, so dismiss it at your own peril!

With much gratitude to gumi Asia, the studio behind the global version of FFBE, we’ve managed to get a hold of composer Noriyasu Agematsu for an email interview. The 38-year-old is no stranger to the world of music production or Square Enix, having composed for the mobile RPG series Chaos Rings.

In this Q&A, Agematsu talks about the creation process, on melding the old with the new, and which Final Fantasy he calls his favorite.

What was the keyword for creating FFBE’s music?

Back in the day, I was very into Final Fantasy III to VI on the Famicom and the Super Famicom. When creating the music for FFBE, the key word or key phrase was, “How would the FF music from this period sound like if they were performed by a live orchestra?”

How do you balance between the nostalgic feel of the old soundtracks and infusing the new kind of sounds for FF?

I wanted to have memorable phrases taken from the FF games of my generation (I’m in my 30s by the way) to pop up throughout FFBE’s music. In particular, I felt that the sound of the harp was key, so I inserted harp parts wherever I could. Additionally, I intended to respect the intro of the battle theme and use it as homage from our very first discussion.

How did you cram all this great music into a mobile game?

I worked to preserve the nuances of the music from my beloved Final Fantasy III to VI even while recording with a full orchestra.

In order to keep it simple, I would keep things simple during the initial stages, sticking to having only two sounds – the melody and the base – while building a strong melody. I would then work on the arrangement later to make the music grander in scope.

Tell us the creation process behind the following tracks:

(Note: Samples for “DUEL!!” and “Celestial Battle” are on the official music page.)

Players will be listening to this track the most as it is the music for normal battles.

However, the melody would not have been any good if I went overboard, transforming this track into just another grand orchestral score. As such, I decided to strive to be flexible in composition while creating an elaborate arrangement.

Furthermore, I also made sure to keep the intro to the first two bars of the track, respecting the tradition of battle tracks.

In order to recreate the exciting atmosphere of the city, I decided to go with a waltz. This arrangement features common music instruments in order to bring out an ordinary, day-to-day feeling.

Having already established a catchy melody in “DUEL!!” I aimed to create a track which was deeper and grander yet melodious.

This is the track which plays during battles with Espers and other key battles, so it’s not a track which will be played too often. Foremost in my mind during the creation of this track was to make players think, “Isn’t this song awesome?”

Among all the tracks you’ve composed for FFBE, which was the most memorable to work on?

The most memorable track to me would be “DUEL!!” This track is played the most and it is the one where I paid particular attention to the melody.

I worked to create music that would both linger in the ear of the listener as well as give life to the world of FFBE.

What I like about my favorite FF music tracks are the smooth and pleasing melodies. Therefore, I drew on this flow in the music I created.

Will there be new FFBE music in the future? If so, will it be slightly different than what’s on the current OST?

I have been told by Square Enix that the music in FFBE has been well received by the players. With that in mind, I intend to maintain the current direction and take on the challenge of creating music that players will continue to enjoy!

What is your favorite Final Fantasy title?

Final Fantasy IV. The music was great, but I loved the story so much that it left a deep impression on me. My favorite character was Kain; I would keep playing until I obtained the Wyvern Lance. My favorite summon was Odin.

Our thanks to gumi Asia, Square Enix, and of course Noriyasu Agematsu for the insight.

It’s a shame the official page doesn’t have samples for all the tracks because they’re honestly good.

Unfortunately, actually getting your hands on the product will require jumping through some hoops since the Japanese eStore requires a Japanese address – try shopping services such as CD Japan instead.

Alternatively, hear it all in-game! Final Fantasy Brave Exvius is out now for iOS and Android devices.

Ade thinks there's nothing quite like a good game and a snug headcrab. He grew up with HIDEO KOJIMA's Metal Gear Solid, lives for RPGs, and is waiting for light guns to make their comeback.
Previous post This is the BattleTech game we have been waiting for
Next post Xbox Play Anywhere is about giving gamers choices, says Xbox’s Exec