Home / Interviews / An Interview with Seow Zong Hui "Sonic": From Mega Man, to Street Fighter, and Beyond

An Interview with Seow Zong Hui "Sonic": From Mega Man, to Street Fighter, and Beyond 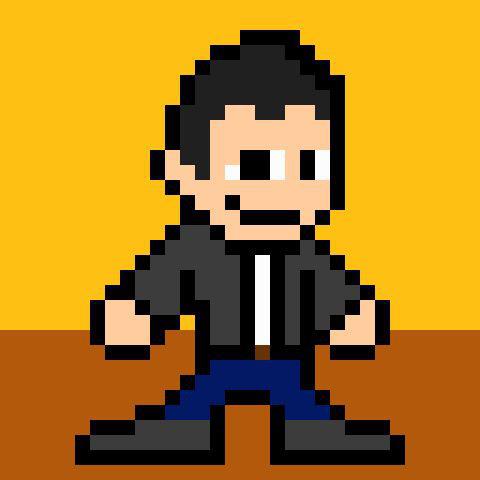 Seow Zong Hui, “Sonic”, is currently one of the industry’s flavours of the month, thanks to Street Fighter x Mega Man. But just who is this previously-unknown fan from Singapore who ended up not just working for Capcom, but completely taking the world by storm with his game?

24 year old Sonic is a Engineering student finishing his final year of studies in Singapore’s Nanyang Technological University of Singapore. SF x MM was created in 2010, back when Sonic was building a Mega Man physics engine for practice. He won a Capcom fan contest with the first iteration of the game in 2010.

Though Sonic is currently taking time off in the land of the rising sun, we managed to grab a hold of him online to talk about SF x MM, and more importantly, about the man behind the game – Sonic himself.

RGB: Did you always wanted to be a game developer when you were growing up?

Sonic: I never thought about ambition when I was young. However I always imagined how games should be in terms of their music, gameplay, characters, and moves. In my head, it was fun just to think about it.

I always found it cool to make games, but at the same time, I didn’t know game development was achieveable until I started studying for my diploma, as I only got my first desktop in 2005.

After getting a computer, I did spritework for fan games. The experience of working with people in a project as well as the programming knowledge I got from there made me realise that I could develop a game if I wanted to. I decided I did want to.

RGB: Considering you’re 24 this year, 2005 is pretty late in life to get a desktop. What’s your family background like?

Sonic: My family income was quite average; we were not rich nor poor. However, I had quite a low amount of pocket money during my studies, and I seldom requested to buy stuff. My first desktop was bought because there was a promotion going on.

Sonic with his teammates from Team DM

RGB: How do your parents feel about you working with Capcom on an international project?

Sonic: I haven’t given them any details. I only told them that I am having a small project with a company overseas. I don’t count my chickens before they are hatched. But my parents are happy I got a paid project, because I haven’t been able to work part time since I started studying at the university, and my student loan has been piling up.

RGB: So if Capcom offers you a job overseas, will you relocate and take it?

Sonic: I’d probably do it if I know I will like what I’d be doing. I’m more worried about what my job scope would be rather than the relocation.

RGB: What would your ideal job in the games industry be, then?

Sonic: Game concept design, research and development…a variety of work so I can keep myself motivated.

RGB: How do you think you would’ve gotten a job in the games industry if not for Capcom?

Sonic: I might have gone for indie developing, due to how I work. But I wouldn’t want to join a small company or work with a game company I am less familiar with. Most of the games I play are from Capcom anyway.

The reason I wouldn’t want to work with a small company is based on my personal experience working in a small team in fan games and other projects – working with small companies almost always equates to working on your own.

RGB: What is the ideal goal that you want to achieve in your game industry career?

Sonic: Someday I would like to release something original that people will remember and continue (to play) in future. But I’m avoiding that for now because I want to gain more experience first.

RGB: What sort of game would you love to make?

Sonic: Probably platformers that involve characters using a sword. Or an Android fighting game that’s based on the Android interface instead of the recreation of an existing engine.

I hope to make a mobile game that makes use of the interface while having that retro feel in terms of gameplay. I’ve already had some experience in iOS so I’d focus specifically on Android for now. The Ouya is also coming out next year, and that’s based on Android, so I think it’s a good way to prepare for the Ouya too.

RGB: What inspired you to make your first Mega Man x Street Fighter game that won the fan contest?

Sonic: I was already working on a Mega Man physics engine for programming practice, and 8-bit Street Fighter images were popular then. I was able to draw something similar if not better than those sprites, so I tried putting Ryu in. And when the game was done, Capcom happened to have a fanart contest, and I gave the game a try by submitting it.

Sonic: My favourite stage is from Viper, and my favourite boss is Claw. (Ed: Vega makes his appearance in later updates for the game!) My favourite weapon in the game is the watermelon. I hope people will look at watermelons differently after playing the game!

RGB: What about Dhalsim!? He’s your main in SF4.

RGB: Given your affinity with the fighting game community, is there any hope that we will someday see a mini game or DLC featuring notable players of the FGC?

Sonic: There’s nothing planned for now, but please download the game from the Capcom Unity site as the game performance will be judged based on the number of downloads. Maybe there might be more opportunities to work on the game if the response is good.

RGB: What are you going to do now that the game has been released?

Sonic: I will be doing minor adjustments to the game and putting on the finish touches. After that I will be taking a break in Japan to work on my school project, pick up some Japanese, and improve my SF4 gameplay for my sponsors Team DM and Mad Catz.

From now till my graduation, I will be working on smaller projects so that I can cope with my final semester of studies. As for what happens after school, I wish to be in the game development field, be it with a great company like Capcom or even to the extent where I will have to take a normal engineering job while working on some personal games.