Home / Features / Will-Nots and Can't-Dos: The Caveats of the Xbox One 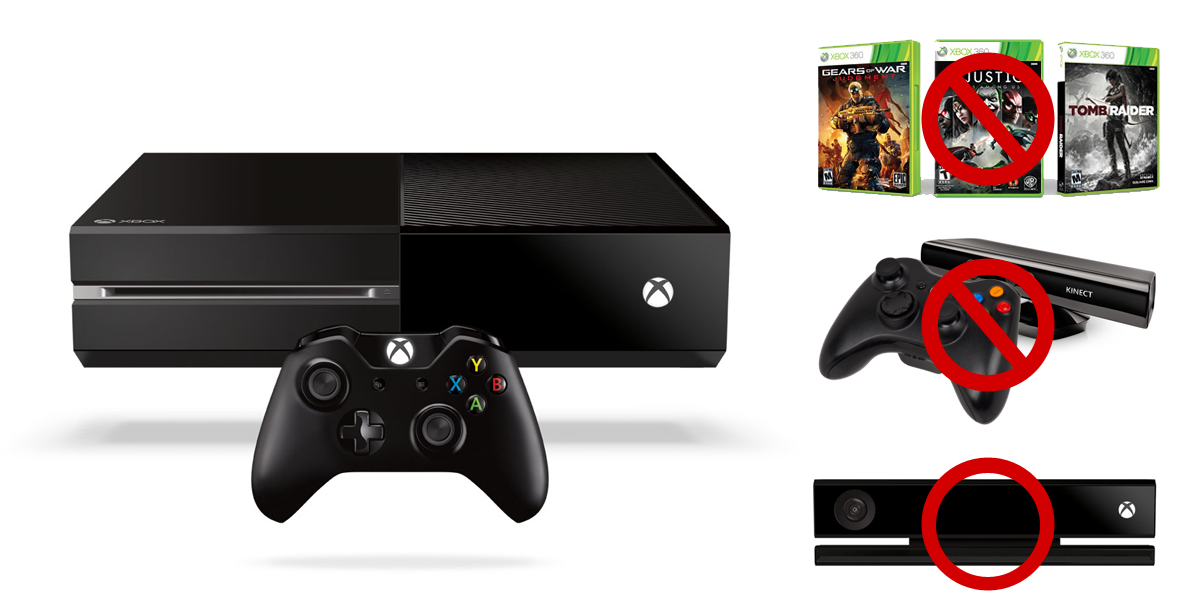 Now that Microsoft has released their next generation console, we have a bit more information on what to expect before it releases.

Downloaded games from an Xbox 360 will also not be transferable on the new Xbox One, although music and videos will.

Although it won’t mean that all games will need you to get up and prance around. And with all that wonderful new natural speech voice commands, it’s probably more convenient to leave it in. Covering the camera with a rag will usually thwart it’s privacy-violating schemes.

“Xbox One was designed from the ground up with entirely new technology to deliver a new generation of experiences for both games and entertainment.” a Microsoft spokesperson explains in a statement to Joystiq. Xbox Support has also stated that “Only Xbox One accessories will work with Xbox One, which helps us deliver better headset audio and other benefits.”

The Xbox One will leave your Xbox 360 friends behind
Although your Xbox Live account will survive the transition between your Xbox 360 and your new Xbox One, you won’t be seeing cross-platform play across the Xbox One and its predecessor, simply because the two consoles are built on totally different architectures, with the Xbox One now on an x86 chipset, which is also the reason why Xbox 360 games will not be playable on the Xbox One

Will these little (or major) caveats deter a first-day purchase and make you jump ship to Sony? Fill us in in the comments!