Home / Features / What Will This Sims Successor Be Good 4?

What Will This Sims Successor Be Good 4? 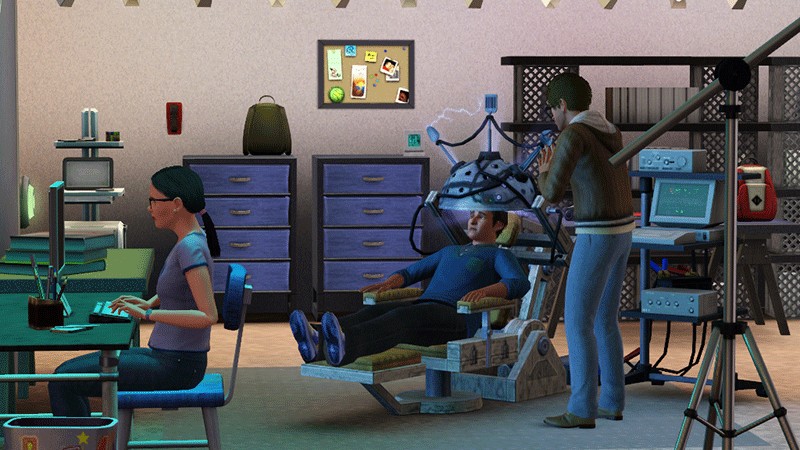 It’s been five years since The Sims 3 went to retail, and it looks like The Sims 4 will have some pretty big shoes to fill. What can it do that the Sims 3 hasn’t done?

The Sims came out already a magnificent hit when it was given to the world as a creation of Will Wright, a new kind of simulation game and a host of customisable features. The Sims 2 built over that by creating a Sim world that felt more alive with more realistic looking human Sims and moving from the first game’s diametric projection into a 3D graphics engine and a boost in graphical quality.

Its first successor also added a whole host of new features such as Sims that could live and die through 6 age stages, leaving behind children and continuing the family line, fulfil life wants and achievements, have wishes and fears. It also broadened the level of customisation on Sims and buildings. The game also brought Sims out of their houses to go into community lots and get groceries or fresh threads.

The expansion packs in The Sims 2 also allowed players to enrol their teen Sims into a university, move their Sims into apartments and even have them run their on businesses selling food or robots. Several of these features reappeared in respective expansion packs on The Sims 3, though some with enhancements.

The Sims 3 took the game even further by adding a full, open neighbourhood with little to no loading times in-between. Sims can transition from their homes to work and to then to the community park in one massive world, except players can now only control one band of Sims while the city grows and progresses around them. Sims are also more expressive and can interact with other Sims in ways not yet seen.

Customisation options were further improved with down-to-a-T Create-A-Sim controls and the Design tool’s ability to recolour or add a new texture or pattern to furniture, clothing or architecture. The third game in the series also included a microtransaction store for players to purchase unique themed furniture or objects in exchange for real money. Later additions also added social features for players to update others on what happening with their Sims.

So yes, you may scoff at me when you see me with my skeptic’s hat on saying what else more that The Sims 4 can bring to the table. The Sims franchise has been popular enough to sell over a hundred million copies of its three games worldwide with its 20 expansion packs. While it is sticking to its offline, single-player traditions, will it still meet the casual gamer’s computer in the eye like EA did with SimCity? Will the Mac version be less buggy built from the ground up and not an emulated port? Will the new Sims be coded to do absolutely whatever they want?

Speculation and scepticism at this point is still early seeing as to how we have nothing to go on except a few Sims’ eyes, but we’ll be lying in wait, to see.