We should all be excited about the Epic Games Store 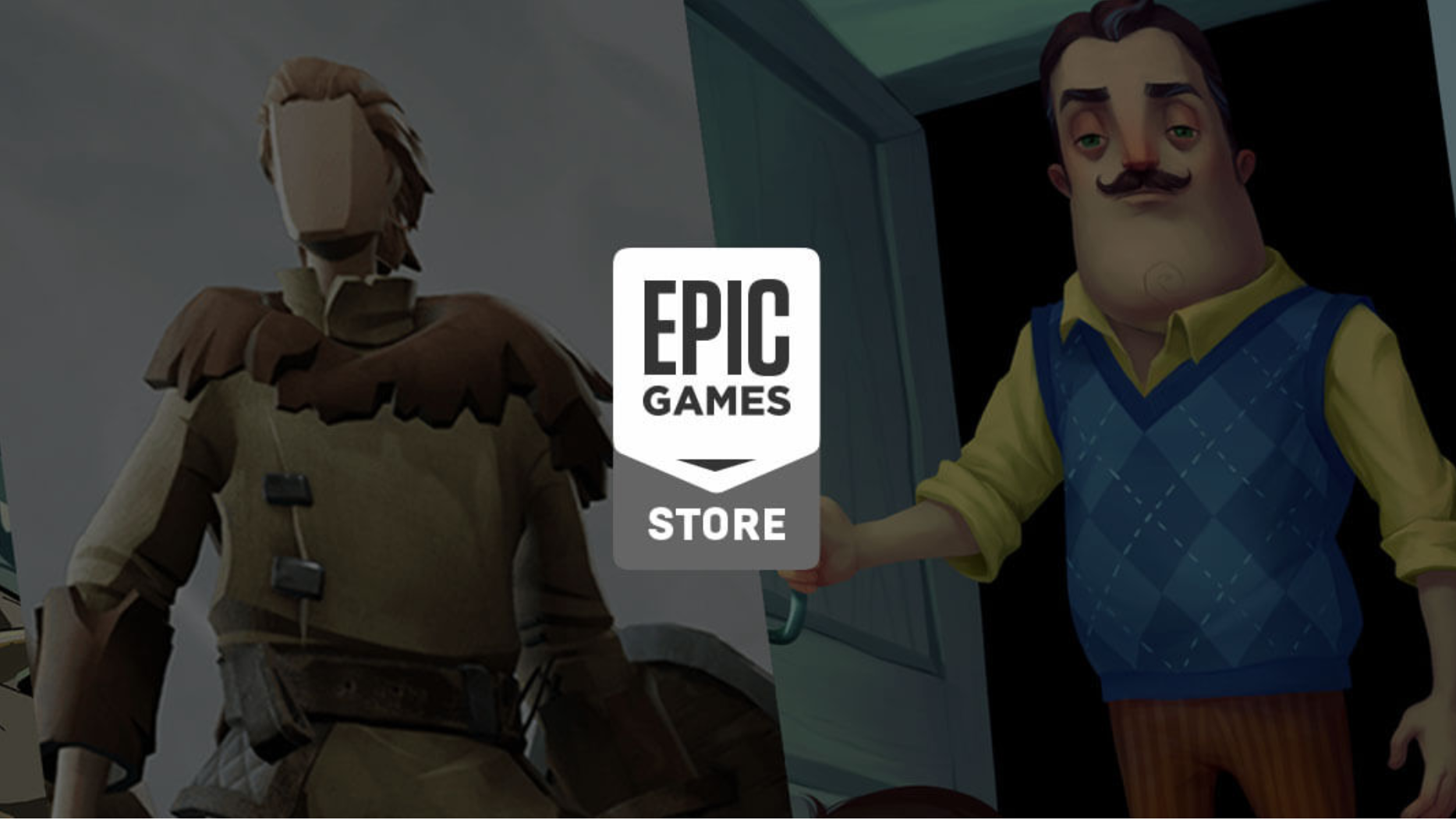 We’re seeing a serious threat against the reign of Steam as the dominant digital storefront for video games. Epic Games, the developer of Fortnite and game development software Unreal Engine, is launching Epic Games Store, a platform that promises to only take 12% off the profits of developers.

At the moment, it might not seem much for gamers in general, but for developers, especially independent developers and smaller studios, this is a massive step forward for the industry.

For too long, independent developers have cried foul over the inflexibility of the Steam platform and Valve’s 70/30 cut. And the disdain has gotten worse after Valve said that they are willing to bend the 70/30 rule for the sake of developers who gain more than $10 million in sales – a move which only benefits the bigger developers and publishers. It should also be noted that Valve’s compromise only benefits the aforementioned because these are the companies that do not have a lot to lose should they breakaway from the platform. Valve wants to prevent these big companies from jumping ship.

But the compromise that Valve is willing to make might be a little too late.  Epic Games 12% cut is across the board. This means that while independent developers are rejoicing this victory, triple-A companies also have good reason to keep an eye on this new storefront.

CEO of Epic Games Tim Sweeney puts it well:  “The 70% / 30% split was a breakthrough more than a decade ago with the advent of Steam, the Apple App Store, and Google Play,” he said in an interview with Game Informer. “But today, digital software stores have grown into a $25,000,000,000+ business worldwide across all platforms, yet the economies of scale have not benefited developers. In our analysis, stores are marking up their costs 300% to 400%. We simply aim to give developers a better deal.” 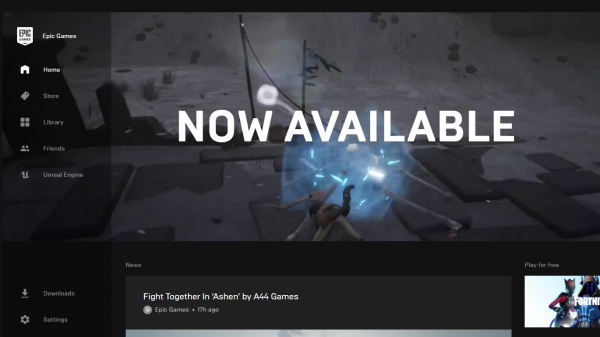 All this fulfills Epic Games promise of being a “developer-friendly” storefront. But how does this affect the entire landscape? Well, it’s a promise that can empower independent game developers, the little guys, who need more funding to produce better games and better marketing for said games so that more people can play them. The timing couldn’t be more perfect too, as more and more of these developers are given the spotlight for their creations through awards shows and through bigger publishers acknowledging them.

If executed well, Epic Games Store also breaks the monopoly of Steam leading to more competitive features and competitive prices, which in the end, benefits everyone involved – including gamers. While Steam has gone through several iterations, it’s still a platform with significant problems for all sides of the spectrum. Steam is continuously being slammed for taking a hands-off approach in issues related to their platform, for avoiding the responsibility of curating games that are either harmful or broken, and for the lack of improvement on the searchability of quality games.

The combined threat of Epic Games, and triple-A companies going out of it alone with their own launchers, should force Steam to bend and think differently.

But again, all of these improvements and benefits can only happen if Epic Games executes their store well. Appealing to developers is one thing. Appealing to consumers is another. Steam’s fortress is seemingly impenetrable in the first place because it has a hold of virtually the entire PC gaming market, and they’ve held it for years. And like with most things, change is a difficult thing to introduce to the market. This is especially true if you have a fanbase as loyal as Valve’s and Gabe Newell’s. Despite Valve’s shortcomings on Steam people aren’t just going to get up and move to Epic Games Store. It’s going to take a while before Epic Games cements their status as a proper rival against Steam.

But at the very least though, Epic Games doesn’t have to worry about getting people to download the store initially. People who have Fortnite already have the store. Last time we checked, there are about 200 million Fortnite players out there, and while there are no exact numbers we can assume that a good chunk of that are playing on the PC. In the same way that Valve used Half-Life 2 to get Steam in people’s PCs back in 2004, Epic Games has used Fortnite so we no longer have to think of installing the Epic Games Store. It’s already there.

While this move already captures a large user base, only riding on the success of Fortnite is not going to make Epic Games become a viable contender against Steam. Epic Games has to bring more to the table to appease gamers if they want to really take Steam head on. And they’re making the right moves to do so. 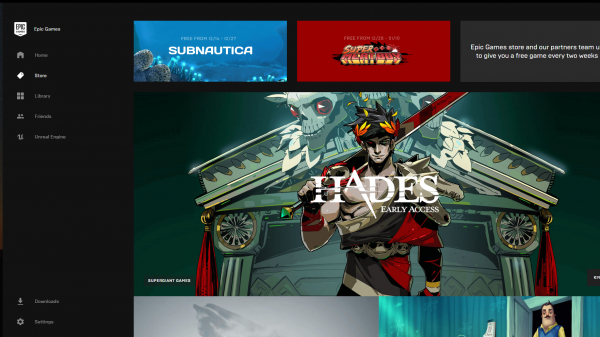 For one thing Epic Games Store is providing free games every two weeks, which already starts building up your library. If you were worried about migrating from Steam to Epic Games, there’s a good chance that some of the games you already have on Steam will now also be present in Epic Games Store. Popular indie games such as Subnautica and Super Meat Boy will be some of the games you’ll receive this December.

Not to mention Epic Games is now racking up exclusives as early as now. Already at The Game Awards, it was announced on the Hades trailer that Epic Games will have timed exclusivity of the game. Ashen will also be a timed exclusive with the Epic Games Store. Meanwhile, Satisfactory will be fully exclusive on Epic Games. On one hand it could be read as something that’s anti-consumer, but it is the only way for Epic Games to build its momentum and get people to at least try their platform out. An excerpt on the post on Double Damage’s Q&A for Rebel Galaxy Outlaw says it all:

“Would we like that to become the new standard? Yes. Can that be done without leverage? No. Is some form of exclusive content required to get the momentum to make that happen? Yes. And we’re willing to get on board to make that happen. The only way this gets any traction is with some exclusive content and we’re willing to be one of the canaries in the mineshaft. Do we hope there is a big upside for us? Sure. That’d be amazing. But we also hope this is the start of establishing a new standard.”

While things might be bullish for Epic Games Store, there’s about one thing that they have to address yet. While everything sounds good for developers, and gamers can expect a lot more games to arrive at the store, there still is the issue of community building. Gamers are a vocal demographic and like to air their issues, grievances, hype, and appreciation directly to developers. Steam’s platform is a straight channel to developers as gamers can simply send reports, give reviews, ask questions about the game, etc.

Epic Games Store might not be following suit. Director of Publishing Strategy for the Epic Games Store, and man behind Steam Spy, Sergey Galyonkin states that he’s spoken to hundreds of developers and said “Not a single developer I talked to wanted forums, and the toxicity [they] bring.” The Epic Games Store alternative at the moment is a ticketing system that allows gamers to send their problems privately and directly to developers. They will also have a newsfeed so developers can inform gamers of upcoming updates, patches, and new titles.

These alternative features will be interesting to see as gamers value the ability to make their messages heard loud and clear as well as building communities easily. And the lack of which might deter them from spending time on the Epic Games Store.

All of that being said though, again, we should all be excited for this new challenger. Whether or not you’ve already made your mind up about Epic, this bodes well for everyone. Competition always pushes companies to be better and do better. If Epic succeeds and you like Epic, well we now have a new option to give our time and money to. And if you don’t like Epic, then at the very least we can count on Epic’s threat to push Steam to improve on every front.