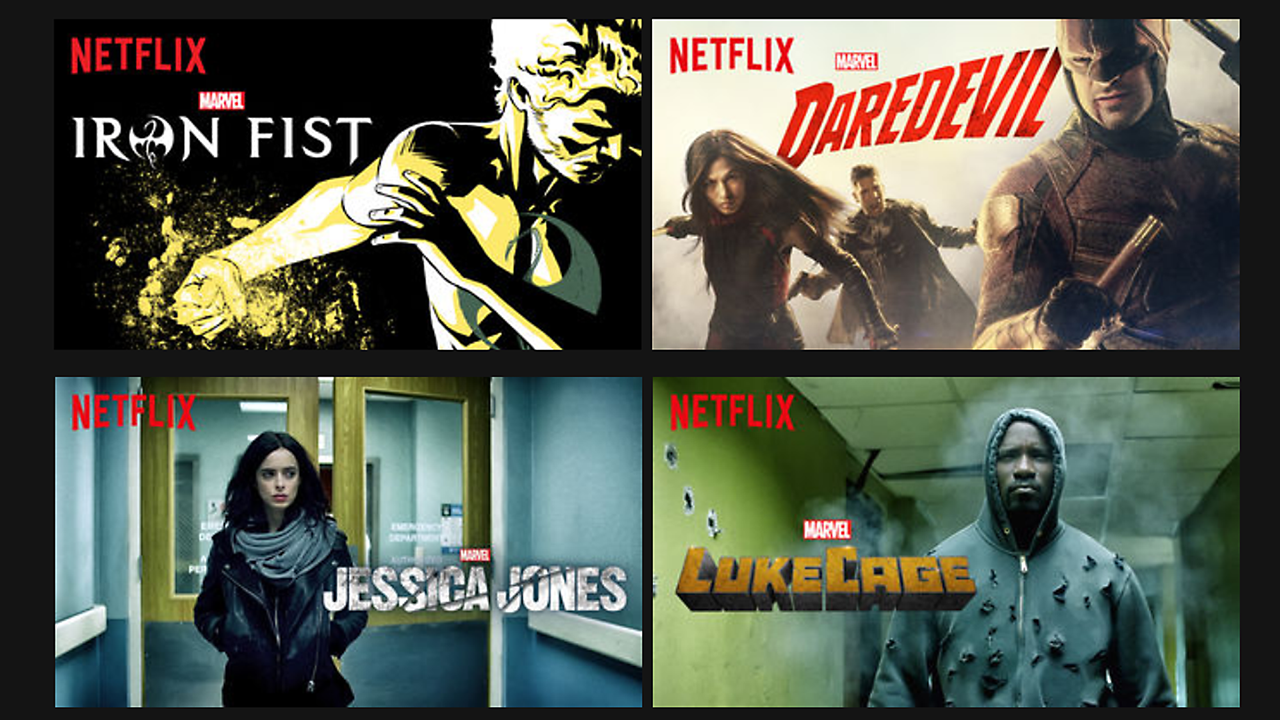 Unlike the many video game movies we’ve seen, the Marvel Cinematic Universe has won over fans and cinema-goers alike. The latter continues to highlight the summer release season, with this year’s slot dominated by the highly-anticipated Guardians of the Galaxy Vol. 2.

Marvel’s victory at the box office has blown open the doors for TV adaptations, fittingly helmed by cable disruptor Netflix – it’s a new era for superheroes and television, after all. The “Universe” aspect holds true for these shows as well; just as the movies are linked to one another, so too are the TV series.

Their latest addition, Iron Fist, marks the final superhero to join Marvel’s The Defenders – Jessica Jones, Luke Cage, and Daredevil in the fight against, well, let’s save that story for another time.

However, these four aren’t your average caped crusaders. They don’t wield the fortunes and facilities of Stark Industries nor do they hail from a different planet, making for (somewhat) more relatable characters. If you haven’t already, now’s the best time to catch up on their stories and adventures, before The Defenders kicks off in mid-2017.

Don’t fancy yourself a Marvel fan? Well, hold that thought and let us explain why you may want to change your mind.

If you’re sick of the world’s ongoing obsession with big budget superheroes then you’ll most definitely find Jessica’s take on the whole thing appealing. Haunted by a traumatic past, Jessica Jones (Krysten Ritter) decides to use her gifts as the picture-perfect private eye instead – think long stake-outs to catch cheating boyfriends and an unhealthy addiction to cheap whiskey.

Things take a quick turn when she is forced to face the traumas of her past. We’re instantly treated to a raw look at Jessica’s fallibility as her first, perfectly natural instinct is to run. While she ultimately turns around to make use of her abilities, she remains a reluctant hero, a testament to the debilitating effects of PTSD.

From his believable superpowers (heightened senses after a freak accident turns him blind) to the charmingly simple narrative of the fight between war and peace, this superhero series is far more grounded in reality compared to its counterparts. Narrating the journey of attorney Matt Murdock (Charlie Cox), the story focuses on his fight against injustice as a respected lawyer in the day and a masked vigilante at night. The show nails the tone of the original comic with a great balance between Murdock’s clever and wittiness combined with the more sinister dark side.

We have to stress Matt’s juggling of his two duties as they are fantastically handled. On the one hand, we have his professional calling intrinsically clashing with the very nature of vigilantism, calling into question the ethics of it all. The conflict, both internal and external, soon spirals out of control to affect those around him. Yet he cannot push them away to safety, as much as he wants to, for Matt’s humanizing weakness is that he cannot do what he does without their support.

Also, watch it for the fight choreography and Vincent D’Onofrio’s spectacular job as Wilson Fisk.

Danny Rand (Finn Jones) resurfaces 15 years after being presumed dead, waltzing right back into New York to reclaim his family’s company. It bears similarities to DC Comic’s Batman, in that a young orphan spends a long period of time away from home, training intensively under a secret sect of warriors. The result of that training is Danny’s newfound role as the Iron Fist, a kung fu expert who can channel chi in a way that lives up to the title, and those responsibilities soon clash with his familial interests.

The biggest difference between Danny Rand and Bruce Banner is that the former is young, brash, and lost, unsure of how to manage all that power bestowed upon him. If you tire of likable heroes then perhaps this man can change your mind, at least for now.

We’d be remiss not to mention Jessica Henwick, who plays Colleen Wing. There’s the fact that she’s half Singaporean but, more pressingly, Colleen isn’t shoehorned to play the passive love interest – she’s more than capable of holding her own in a fight.

Of The Defenders, Luke Cage (Mike Colter) is closest to the notion of being superhuman. Boasting super strength and unbreakable skin thanks to a sabotaged experiment à la Wolverine, Luke’s day-to-day life is that of another street level do-gooder. He worries about rent, routinely goes to work (he holds more than one job), and flirts just as much as the best of us. The most compelling part of the story? Luke’s moral integrity plays a greater role than his powers: he refuses to curse and objects to the use of the N-word in particular, so it may be surprising to learn that Luke is an escaped convict, though that doesn’t stop him from getting in the bad books of the local crime lords.

The show excels at portraying the intricacies of street life, even broaching a social narrative on police, politicians, and youth crime. It gives crime syndicates their necessary depth, going beyond “they do bad things with guns and drugs” to craft a complex web for those affected to wade through. Don’t let the superpowers deter you, for this show portrays the Harlem neighborhood in a way not many others do.

Ade thinks there's nothing quite like a good game and a snug headcrab. He grew up with HIDEO KOJIMA's Metal Gear Solid, lives for RPGs, and is waiting for light guns to make their comeback.
Previous post Logitech’s BRIO webcam handles 4K resolutions and high-contrast scenes
Next post Mass Effect: Andromeda’s Multiplayer is dreary too (Review)