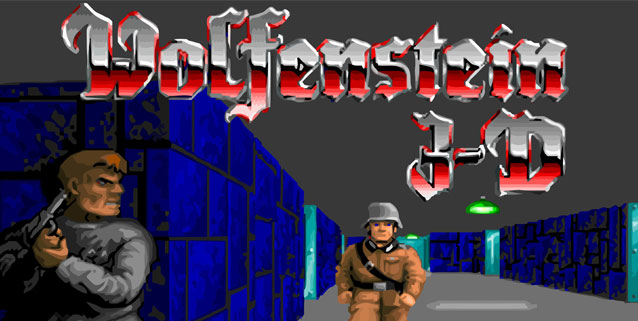 When it comes to video games, most modern players immediately think of the first person shooter. While apps like a mobile casino might reign supreme on phones, these shooters are still the kings of the serious gaming market. Amazingly, the genre isn’t nearly as old as you might think. Most of the classics come from the last twenty-five years. Below are five of the best.

Wolfenstein 3D (1992)
It’s no exaggeration to say that Wolfenstein 3D set the stage for every modern first-person shooter. By modern standards, it’s extremely primitive – you can’t look up, you’re confined to tight corridors, and the enemies are repetitive. However, the 3D environments, weapon choices and strategic use of pickups made the game an amazing foray into a more modern era of gaming. Wolfenstein would go on to spawn a successful series of sequels, but it’s worth more as the platform from which all other shooters would spawn.

1993’s Doom changed video games forever. While it has a great deal in common with Wolfenstein 3D, Doom introduced a number of features that are still used today. Doom is the prototypical space marine game, the first to allow players to compete in death matches, and the first to pull in major sci-fi elements. Doom is the direct ancestor of many of today’s fast-paced multiplayer games.  Doom might have lost the prominence it once had in the industry, but it’s still one of the most fondly remembered names in the gaming world. Without Doom, it’s unlikely that you would have seen any of the later games on this list.

Quake (1996)
Take everything gamers loved about Doom and amp it up to a thousand – that’s how you get Quake. A spiritual successor to Doom, it pushed the technology to an entirely new level. Quake stands out not just because of the fantastic soundtrack or killer levels, but because of how it handled multiplayer. Quake’s legacy can be seen in any arena shooter on the market today. If you look at the pure technical specs, there’s nothing really special about Duke Nukem 3D. It was pretty enough for the time, but where it really stood apart from the pack was with its sense of humor. The first FPS to have a protagonist with a real personality, this game’s dark humor and bad taste made it stand out from the crowd. Hail to the king.

Half-Life didn’t start the FPS revolution, but it certainly changed the landscape forever. Half-Life ditched tight corridors for realistic settings, sci-fi weapons for realistic guns, and an excuse of a plot for something much deeper. Half-Life used realistic physics to add a puzzle element to the genre, but it really stood out for its sense of atmosphere. Furthermore, Half-Life would go on to spawn not just a direct sequel, but to provide the architecture for games like Counter-Strike and Team Fortress. Perhaps most importantly, Half-Life proved that first person shooters could tell a fantastic story while still being fun.