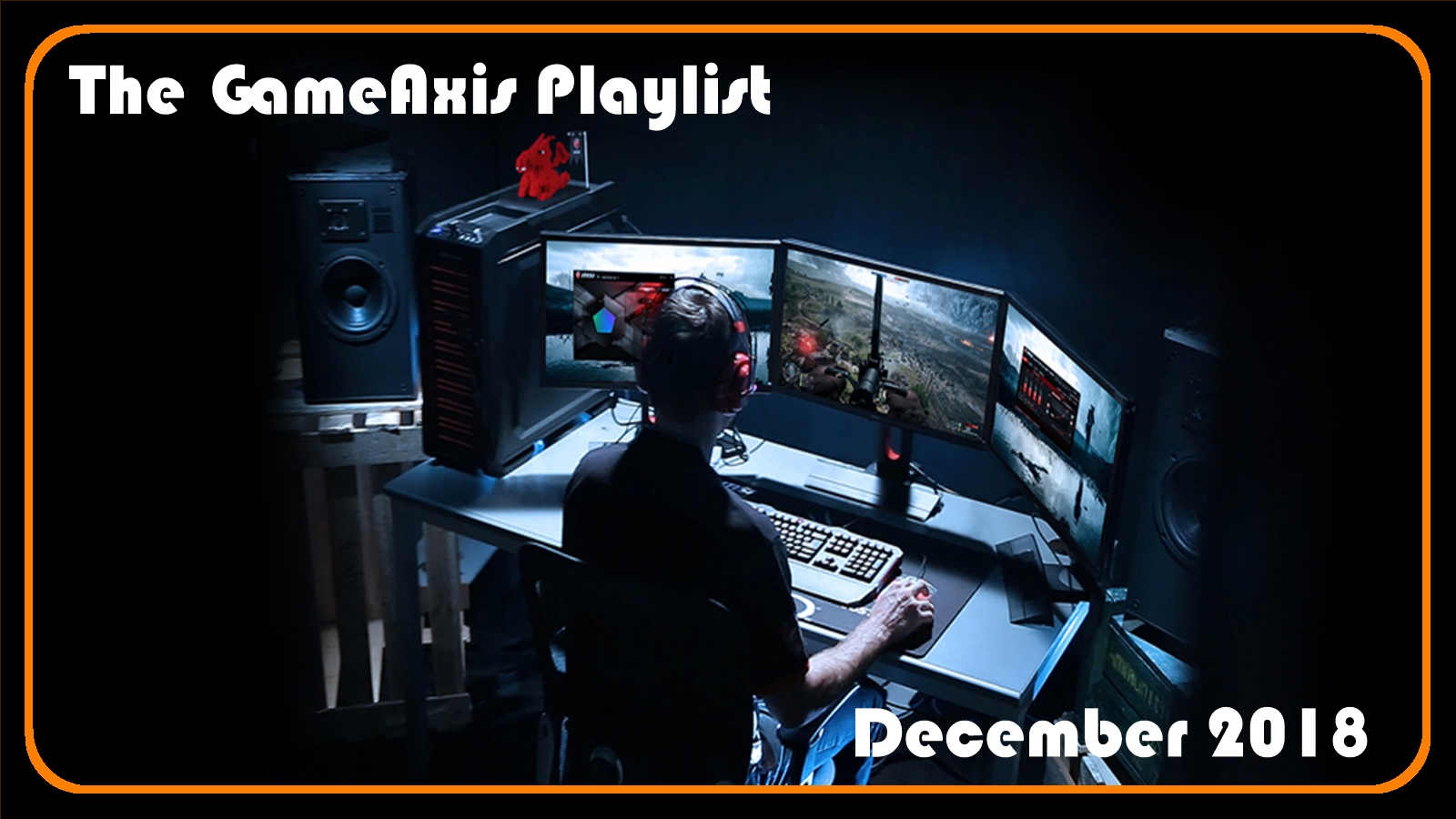 Winter December is coming. (Sorry, I couldn’t help it.) That means more games are on their way, which leads us to a single, undeniable conclusion:

R.I.P wallet, it was nice knowing you.

Yup, the holiday season rears its wallet-crushing, time-deleting head once more. For that reason, we’d like to welcome you to the GameAxis December Playlist!

Bringing up the rear of this month’s releases is the Pixar-meets-Pacific Rim robot brawler, Override. 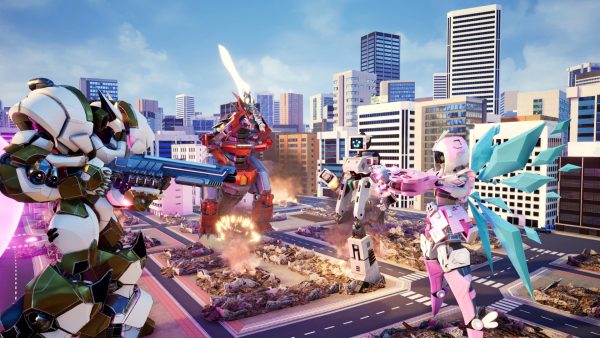 Developed by The Balance Inc., Override is an indie third-person robot brawler that packs a lot of punch. Pilot one of twelve different robots as you duke it out across entire cities, leaving destruction in your wake. Like our introductory statement suggests, the game’s artistic style is probably what Pacific Rim would have been like as a Pixar animated movie. Minus the Kaijus, of course.

Gameplay wise, each of the twelve robots has their own unique fighting style and theme, ranging from the shuriken-throwing Mya to the magic-wielding Contessa, so variety is definitely checked off the list.

Additionally, while the game does include a single-player story mode, it’s the multiplayer that really piques our interest. Apart from the standard 1-on-1 local/online matches, Override has a 4-player co-op mode where each player operates a single part of the mech. We’re not exactly sure how that works yet, but it might have some hilariously entertaining results. Imagine the top half of your mech blasting away while the bottom half is facing the opposite direction!

Next up on the schedule is a short trip down memory lane.

On 14 December, we return once more to the arid wastelands and snow-capped mountains of Pandora with Borderlands 2 VR. 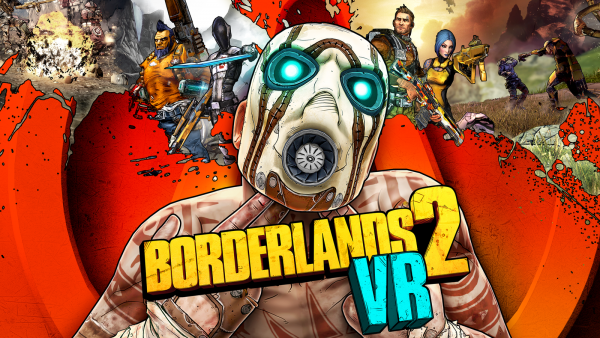 Ever since the original game was released in 2012, this seven-year old FPS-RPG hybrid still doesn’t fail to enrapture players with its unique art style and immense open world interactivity. Armed with VR controls, take the fight to Handsome Jack once again, ploughing through bandit, bot and bunker as you go. Personally, I’m pretty excited to see how Tediore reloads in VR look, since your characters do so by throwing them away. (Just be careful not to toss your controller while you’re at it.)

What’s more, you get to drive in first-person this time, as compared to the default third-person camera view of the original. It’s a fantastic way to draw players back into Pandora’s alien beauty, letting you marvel at places such as the Eridium Blight from a whole new point of view. All in all, the VR edition certainly looks to be a solid throwback to this already excellent FPS-RPG gem.

On a side note, perhaps this is all part of the build up for Borderlands 3… fingers crossed, y’all.

We were going to make a totally awesome (read: immensely lame) pun here, but we decided not to. Come December 4, hop into Rico Rodriguez’s latest adventure in the fictional South American city of Solis with Just Cause 4. The fourth game in the Just Cause series sees the aforementioned protagonist doing what he does best: kill bad guys and look badass doing it. On that note, you’re going up against the diabolical Black Hand once again. Honestly, don’t these guys ever learn?

Then again, apparently most recurring video game peons don’t either. Just blow them up, anyway.

That aside, Rico and the Black Hand aren’t exactly the only players here. As far as magnificent environments are concerned, this one positively hates you. It’s hard to find a world that is actively trying to kill you, and yet still manages to look amazing. From blizzards to cyclones and everything in between, half the game you’ll probably be wondering if you tracked mud onto Mother Nature’s carpet or something. 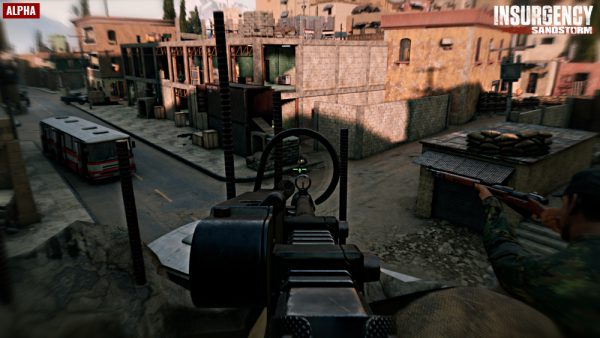 The original Insurgency released to widespread acclaim back in 2014, and it still boasts a highly active player base today. Probably until the sequel comes out. Riding on the same semi-realistic FPS formula, Insurgency: Sandstorm looks to take the modern tactical shooter in a different direction from other FPS games. That is to say, away from the “epidemic” called the Battle Royale. Instead, Sandstorm places wholehearted emphasis on conventional urban tactics and maneuvers, making it significantly more reliant on effective communication than other shooters.

It’s refreshing to see an FPS that hasn’t been “zombified” by the Battle Royale craze these days, and insists on staying true to a tried and tested formula. Add in the fact that the original is still popular five years after release, and we’ve got ourselves an excellent pick for this month’s playlist. 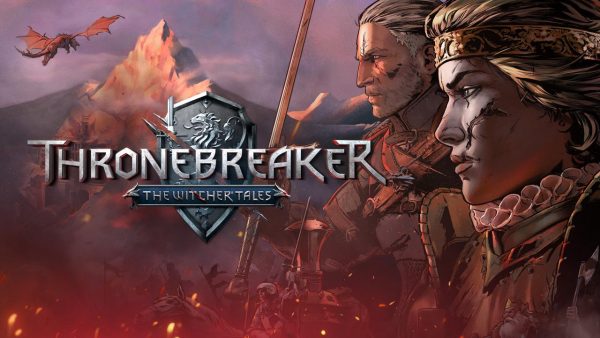 You know, I used to think the Witcher series couldn’t get any better after Gwent, but I’m delighted to say I stand corrected.

The Witcher universe is nearing Warcraft levels of diversity, spawning not only it’s own card game, but also a strategy spin-off. This outlier of sorts has evolved to become the game we now know as Thronebreaker, and the console versions finally release on 4 December.

Thronebreaker combines familiar elements and scenes from across the franchise into a single fascinating game. Chronologically, it’s a prelude to the events of the Witcher. The game places you in the shoes of Queen Meve, who is caught up in the rising tensions between the Nilfgaardian Empire and the Northern Realms. Caught in a web of betrayal and deceit, Meve must take up arms once more to defend her kingdom. Check out our review of the PC version here.

Gwent makes an appearance as the backbone for the game’s story progression, so if you’re familiar with it you’re already off to a good start. However, conventional RTS elements such as resource management, base-building and tactical warfare also show their faces in Thronebreaker, so it isn’t essentially just “Gwent: Story Mode”. Bottom line being, if you’re a big fan of the Witcher franchise, this is definitely a game you’ll want to consider adding to your console library. 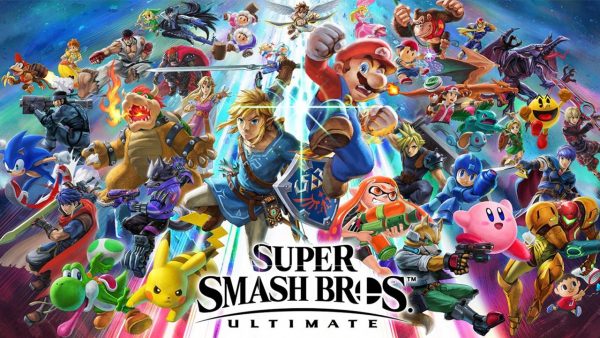 Alright, we know everyone and their pet goldfish has been waiting for this one.

The Super Smash Bros. series has always been one of Nintendo’s best selling franchises, tossing characters from all over their vast extended universe (and others!) into a single rage-inducing, button-mashing brawl. The upcoming edition, Super Smash Bros. Ultimate, features the series’ largest ever roster, with an enormous cast of 76 playable characters! Here’s a list of all the fresh faces:

For those who aren’t familiar, Super Smash Bros differs from conventional fighting games in the sense that you don’t have to deplete an opponent’s health bar to win. Rather, just knock them off the fighting stage. At first glance, it may seem like a simple task, but once you factor in that each character out of the 76 has their own unique set of skills, it becomes a lot more interesting. However, the game’s main appeal comes from it’s familiar and yet ever-evolving roster of characters, drawn from franchises throughout the Nintendo-verse, such as Pokemon, Metroid, and Kirby.

On top of that, Nintendo has also tweaked the combat system from the previous edition of Super Smash Bros., especially in dodging and guarding. This makes spamming a lot less viable while rewarding true precision and skill. Take that, button-mashers!

As a series, Super Smash Bros. is like a fine wine: an experience that only gets better with age. To be honest, you’d be hard pressed to find another series with this much variety and replayability. As such, Super Smash Bros. Ultimate easily snags the top spot for this month’s Playlist.

That’s that. Time for a well-deserved coffee break.

That’s not going to work every time you want more, pal.

Oh, for crying out loud. 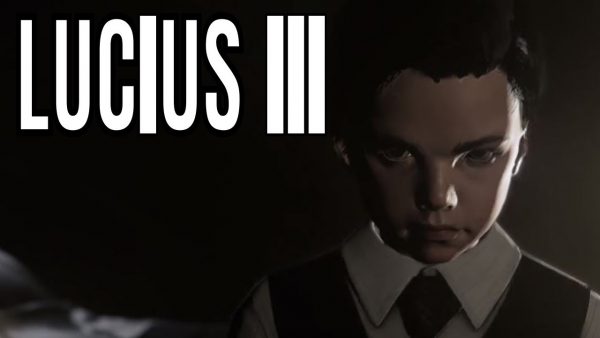 The Lucius series has always toed the thin line between being conceptually wrong and outright offensive. The first game received a lot of flak from religious communities when it was released, but considering that the third instalment is set to drop soon, the folks at Shiver Games seem to be doing okay on that tightrope.

Part psychological horror, part stealth and undoubtedly 100% evil, Lucius III sees the dark child returning to his home neighbourhood of Winter Hill. It’s time for the curtains to fall on the performance, and Lucius is looking to do just that. Use your wits and dark powers to uncover the secrets of Winter Hill’s inhabitants. In other words, have fun while revealing everyone’s dirty laundry. Now that’s just twisted.

OK, so this next one isn’t exactly a game, but we’re looking forward to it nonetheless. 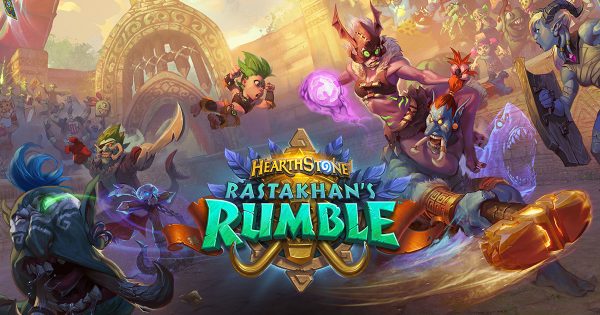 Rastakhan’s Rumble is the newest Hearthstone DLC and it comes with all-new strategies, combos and a single-player mode. The set introduces the Loa card type, which, based on the ones already released, are essentially physical embodiments of each class’s spirit animal.

The expansion also brings with it the Overkill mechanic, which is rather self-explanatory: it activates when players deal more damage than what is needed to kill a minion. We haven’t seen all the cards yet, but it seems pretty cool as of now. Additionally, if you haven’t prepared any arcane dust yet, now’s as good a time as ever!

…Okay, can we please get our coffee break now?

Kenneth is your dedicated jack of all trades gamer and borderline anime nut. When not writing, he likes to wind down with Overwatch, Apex Legends and a bit of Fate: Grand Order on the side.
Previous post Registration for Anthem’s first closed alpha test begins
Next post GAX Deal Alert: PS4 Pro, FHD Gaming Monitor, Worms Armageddon and so much more