Home / Features / The Fungus Among Them: Hands-on With The Last of Us

The Fungus Among Them: Hands-on With The Last of Us 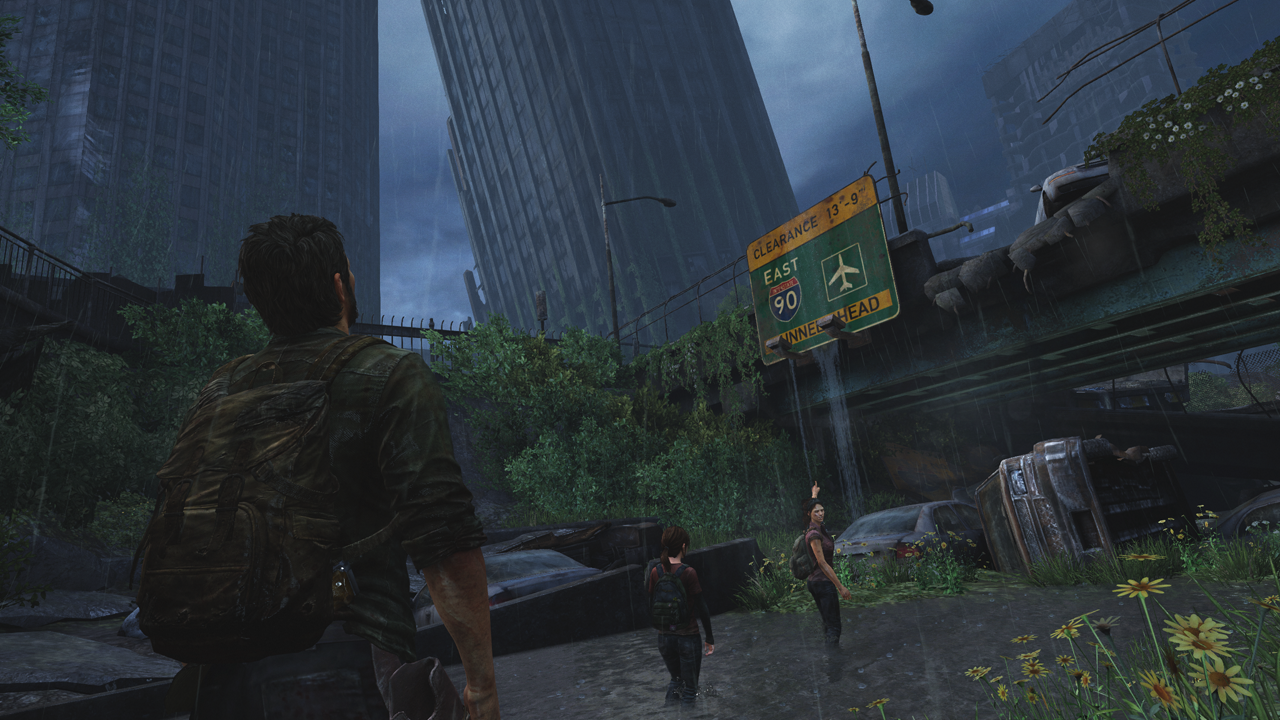 Toss the bottle as a distraction, or stuff a rag in it and light it up? Sony Computer Entertainment leaves us to fend for ourselves in the post-apocalyptic world of Naughty Dog’s upcoming The Last of Us.

We were called in to have a go of the beta demo of The Last of Us, a action-adventure survival game from the folks who brought you Uncharted. It was unclear if this will be the demo to be released on May 31st to gamers who bought (and haven’t sold) God of War: Ascension, with the public release yet to be announced before the June 14th launch date. Nonetheless, we will describe the events of the demo playthrough through this handy article.

Here we have a post-apocalyptic, assumedly Disunited States of America where a fungus has overrun and taken the lives of millions and infecting others, with the fungus at different stages of overtaking the host body, thus providing the game with the Infected of various abilities. With the remaining survivors kept under martial law in quarantine zones, Joel has to transport a defecting fourteen-year-old Ellie from the US military to the Fireflies resistance group. The beta demo served up two points of Joel and Ellie’s road trip across the new American wasteland: Lincoln and Pittsburg. Lincoln starts off the dynamic duo through a forest clearing up to meet the small town beyond it to eventually meet up with Bill for a favour. Useful materials shining Uncharted-like on the ground eventually popped up, highlighted further by the item type they represent. One of the core strategies of the game is scrounging for such materials for crafting items, which usually means you should grab everything you can hold in your backpack like a private investigator in 1912.

The Select button calls up the Crafting menu, which leaves you vulnerable while the game goes on in the background. This particular menu lists your blueprints and what you currently have or need to look for to make them in a straightforward menu, great for when you’re in dire need of something quickly. Items such as first-aid kits and molotov cocktails can be crafted at any time during gameplay.

Our little trek brought us to our first puzzle: A locked gate in a fenced-up compound. We were filled in earlier on how to grab a nearby plank to drop between two adjacent structures to get over the barbed-wire fence. Obstacle done and away with, we see the first residential structures, and the first clicking of an infected humanoid. The sound they make being their namesake, Clickers are the more vicious Infected who attack any sound they pick up.

Fortunately, Joel is good at that too, able to listen in to whatever is making its presence known through sound like a Red Indian you see in cartoons and it is this advantage you can use to toss an empty bottle or a brick you’ve picked up to use as a distracting projectile. The ugly, mangled creature went to pick a fight with a broken bottle while we help ourselves to the items in the shed he was guarding.

After reluctantly tossing the little one over a fence, we moved past a stuck gate and went on our way, exploring the houses (many doors in this game can be opened, some must be shivved for a greater reward through the sacrifice of a blade and some tape) and searching for stuff for our hungry backpack. It is at this point that Ellie’s interaction with the unknown environment outside of the confines of the quarantine zone she was raised in is noticeable.

Ellie’s expressions when looking around or when idle are reminiscent of Elizabeth from this year’s Bioshock Infinite (of which Joel and Booker DeWitt share the same voice actor, Troy Baker), but brought out so much more. Players can let Joel converse with Ellie on occasion expanding the story between the man who prefers doing things his way while very much wanting to keep the girl safe. Ellie also joins in the fight when Joel is in trouble, proving that she’s not just a naïve girl but also not one whom you depend on for handouts. You’re on your own most of the time.

Making their way avoiding Bill’s trip-wire bombs and crossing trucks and rooftops using what you’ve learned so far, we eventually reached the POOIInnntt… where Joel is caught in a trap rope and left to hung upside-down several feet in the air, helpless until Ellie can get the rope apart from the counterweight holding Joel in the air. Of course, this calls for a ruckus and soon the whole town’s infected are on to you. Your gun soon churns out an infinite amount of bullets as you try to tap the head of the raging, running Infected. Not exactly a simple task, while hung upside-down. Take more than a few zombies to the face and it’s the end of you, warping you quickly back to the point it started Uncharted style.

Joel eventually got free, though not after the Infected decide that Ellie would make a better target, and some hectic running around with a mysterious saviour followed before finally reaching the point where we are introduced to Bill. A cutscene drains out the rest of the Lincoln portion of the demo, with the duo in need of a car.

The Pittsburg side of the demo has us already in a car, so you have to fill the gap by getting the full game. Street smart Joel runs over an “injured person” to the shock of Ellie before they get ambushed by a gang of Hunters, uninfected gangs of scroungers and thieves who will kill anyone to survive. They lose the car and a fight starts off. So we’re fighting regular humans here, and they appear to have an excellent AI on board. It wasn’t long before they has the two of us surrounded knowing I ran out of bullets. Plenty of fists were thrown around and Joel subdued them one by one.

Lincoln and Pittsburg are just two (hopefully) short portions of what, according to Naughty Dog’s track record, looks like a long, fulfilling game. Naturally, the demo didn’t reveal everything the final game would have so that’s still plenty to watch out for on your long trek across the US.

The Last of Us will be available on 14th June exclusively for the PlayStation 3 in standard, special and a Collector’s edition with a lovely Joel and Ellie statuette. Details here.